NIH: "We May Have to Vaccinate Whole Countries to Stop Ebola Outbreak"

originally posted by: BABYBULL24
As Bill Gates walks thru the door:


This guy makes Computers and steals the Operating Systems from them. WTF does he know about our environment when it comes to carbon emissions...reading a script..just like Obama did in the beginning when everyone loved him, now they hate him and everyone's a racist for hating him because he lied and manipulated those who followed. Neither one knows a darn thing about their appointed jobs.

posted on Oct, 11 2014 @ 10:13 PM
link
Hello all, long time lurker first time poster here. I work in public health and epidemiology so feel free to ask any questions relating to current ebola or public health issues in general and ill do my best. I thought i would throw my 2 cents in as am currently doing a research project on an issue that the op raised, that companies take out patents on viruses and potential vaccines. While this sounds like a conspiracy in the making its really not... the reason i started my current project was out of the same line of thinking - that doing so must be because the company taking out the patent has a nefarious reason. This is not something that is new and there is a large amount of debate about the activity in public health/medical ethics. And there are certainly very good reasons for and against the practice.
In short the reasons why organisation such as CDC, public health groups, universities and governments do this is 'defensive patenting' - what this means is that it is generally accepted that publicly funded groups like the CDC should make their research available to the public since we are who paid for it to take place (personal note i live in Australia and our laws are slightly different but more or less the same principles). They do this out of fear that a private organisation will make the same discovery, patent the technology and process and then charge other researchers a fee to work with product. There is precedent for this happening (search Myriad genetics) where a private for profit company discovered a gene that is linked to breast cancer they patented this gene which made all subsequent research by other groups illegal unless they paid Myriad licence rights.
This is a very large area of debate that is and has been happening for many years so there is a lot more that could be said. Personally in a perfect world i oppose the idea of patenting genetics however this is an imperfect world and i would rather public organisations have patent rights then private organisations.
Finally im not sure about about a current ebola patent... Its a sunday here and i will look in to that tomorrow, why dedicate time to research that i can be getting paid for doing tomorrow ;p

posted on Oct, 12 2014 @ 04:25 AM
link
Am I the only one who has mixed feelings about this kind of thing? Part of me thinks these kinds of things might be good. It might be the moment when finally "the tomb of the soul", i.e. the body and the physical world, crumbles. Ascension from hell. In most religions they seem to talk about how you have to overcome fear to reach enlightenment and the final ordeal is some major fear, seemingly almost impossible to overcome. Remember the scene in The Matrix where Morpheus and Neo were in the air trying to catch each other?

Ebola might be God's way of making you fear him alone.

Ebola, bring it on! 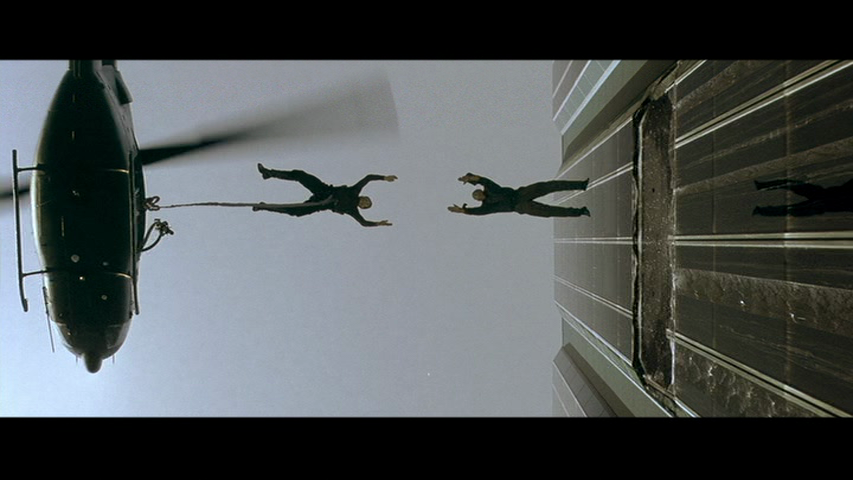 Nineteen Eighty-Four by George Orwell seems to be a similar allegory as those video games I mentioned might be. But instead of levels and bosses it's O'Brien torturing Winston and turning a lever to regulate the pain. At the end there is room 101 with the rats, corresponding to the last boss in video games. Remember that when O'Brien asked Winston if he believed in God Winston said no? And remember how the story ended? Winston got out of prison and reunited with Julia but they were like total zombies. That might be what happens if you don't fear God alone, i.e. you come back to this cesspool and have start all over again.

You asked me once, what was in Room 101. I told you that you knew the answer already. Everyone knows it. The thing that is in Room 101 is the worst thing in the world.

Ditto... I dont take flu jabs or any other "mandatory" jabs

posted on Oct, 12 2014 @ 10:26 AM
link
So true. My car has GPS and always knows where I am. It has a black box, too. People "check in" on Facebook or post about everywhere they go, everything they do. The NSA scans all e-mails. I expect that in the near future people will voluntarily implant a microchip in their kids to keep them "safe". But there's no nanoscale microchip. Theoretically, circuits have to be so many atoms apart, or they overlap, plus there has to be a power source. a reply to: KnightLight

Yes I agree that people have sat down and done nothing for decades, but what can we REALLY do against biological weapons without the proper equipment and training to handle this type of stuff?
edit on 102014America/ChicagoSun, 12 Oct 2014 17:47:59 -050020141060 by moeron60 because: (no reason given)

posted on Oct, 12 2014 @ 05:52 PM
link
IF TRUE: The EBOLA virus dies when in sun's rays. If that statement is true then you could hook up an I.V with a clear tube and let your blood go thru the tube. This then exsposes the ebola to the sun's rays kills it. The blood then can be put back into your body. EBOLA CURE. Your body can then make it's own anti-bodies to fight off the ebola.

originally posted by: cloaked4u
IF TRUE: The EBOLA virus dies when in sun's rays. If that statement is true then you could hook up an I.V with a clear tube and let your blood go thru the tube. This then exsposes the ebola to the sun's rays kills it. The blood then can be put back into your body. EBOLA CURE. Your body can then make it's own anti-bodies to fight off the ebola.

It takes two minutes, for UV light to kill Ebola.

They make a machine that does this, why is it not being used?

By Nov, as the Dallas spread starts to take a big hit, and the flu season start to look like ebola symptoms for many, we actually may see people begging for mass vaccinations, its going to play nicely in the hands of the greedy bastards in big pharma, because people are going to get into mass hysteria.

originally posted by: Vaxellion
a reply to: kicked

Ditto... I dont take flu jabs or any other "mandatory" jabs

Yea, one guy told me, he will not accept a shot from anyone, but said he would give some if need be. He must work in the medical field or something.
edit on 12-10-2014 by OOOOOO because: removal

Yea, they say 65% of the sheep will be falling in line and beg for the shot.

For sure refuse the multiple dose, batch mix, that's the one with the mercury in it, get the single dose, if you you must.

Yea, they say 65% of the sheep will be falling in line and beg for the shot.

For sure refuse the multiple dose, batch mix, that's the one with the mercury in it, get the single dose, if you you must.

If ebola actually become a mandatory mass vaccination in the US things are going to get very ugly, when Nov. comes with more infections in Dallas that are going to happen due to the many contacts that the infected Liberian man had and so on like a chain reaction, people will also be facing the annual flu season symptoms this will make many people get hysteria about having ebola and not the flu, because even if you have the flu shot, you still will get the flu mutation in season.

But taking into consideration that one of the treatments for ebola is an antivirus cocktail that includes anti influenza it may not be a bad idea to get the infamous Tamiflu.

We just will have to wait and see how the ebola hysteria plays out.

You know, marg6043, you've got excellent advice which many posters don't see to want to hear. On the one hand, there is the group saying Ebola is fake, doesn't exist, on the other is the group of people saying it's too late we're dead.

So when you say "We just will have to wait and see . . ." You're taking the only reasonable position for a citizen to take. Nicely done.

To tell you the truth, ebola is real, is here in the US and is a deadly disease, that I know for a fact.

But rather than getting into a panic mode, I weight the pros and cons and the reason I do that is not because I am to wait when is to late, is because as we speak and debate, we have about 5 different trial vaccines, already been developed and tested, one the ZMapp has been tested successfully, the rest are 2 more been tested here one specially by the DOD, that if the article I read is not confusing it seems to be tested on DOD personnel working with ebola in Liberia, and 2 or 3 more from Japan and Russia.

We all know that the vaccine is coming, my concern is about how fast the spread will go compare to how soon the vaccines will be available and how safe they will be.

I try very hard no to let the worry of ebola take too much of my time and cloud my mind, because I know that is and agenda behind ebola in the US.

I hope there was no misunderstanding. I agree with you that it's here, and that there are probably more cases than the officially reported ones. There are many people for various reasons who don't want to have anything to do with any government agency, so they stay in their community, perhaps dying there.

What I find funny is some people think this is the first cause of Elboa on US soil. We've had other cases in the US. But never this version of the virus. This version has the highest death toll and one of the fastest to kill the infected.

Vaccinate with what? There is no vaccine for ebola.

How about we stop all flights from west African countries. I don't buy any of the bullhockey that the talking heads are saying in favor of keeping flights open. Medical personnel is one thing, but all other travel should be restricted.