posted on Sep, 26 2014 @ 01:03 PM
link
I realize we have a varied population here on ATS and many members speak English as a second, third, or fourth language.

Kudos to those guys this is isn't directed at you.

However for those of us whose mother tongue is English there is no excuse for this:

...gave into the protestors demands.... 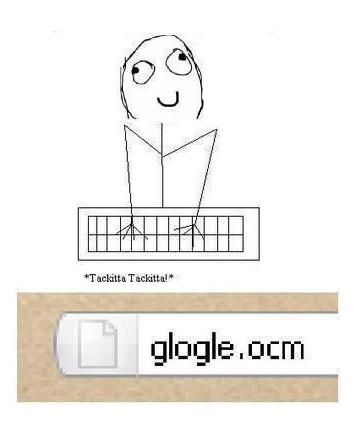 posted on Sep, 26 2014 @ 01:11 PM
link
a reply to: Lipton
Part of the problem is that many people using English as their first language have ceased to be readers, so "spell as you pronounce" has taken over.
Top of the confusion list in that respect must be the abbreviation of "can not" to "can", so that if someobody says "You can do that" there is no way of telling whether he means "yes" or "no".

The abbreviation of "can not" is can't, not can

If someone says "you can do that", thats obviously a yes.
If anyone says otherwise they are wrong

originally posted by: DISRAELI
a reply to: Lipton
Part of the problem is that many people using English as their first language have ceased to be readers, so "spell as you pronounce" has taken over.


I understand typos and the juxtaposition of words, but when one uses an incorrect word while writing really causes me to pause and wonder if they really thing that particular word means what they were intending to say.

Refer to my mute/moot example. Did the poster here really mean to type 'moot', or does he really believe that 'mute' means the same thing?

posted on Sep, 26 2014 @ 01:20 PM
link
I suppose for those who have English as a 2nd language it can be fun to work out the understanding from the verbal to the written, the two ronnies with their four candles sketch will highlight how hard it is to understand the English language when "four candles" sounds the same as "fork handles" and never mind when we get to the letter O, does it mean the number 0 or a garden pipe, or wearable legwear or just where we realise we made a oopsie and say "Oh"


If we can read THAT... then we can forgive a few grammatical and spelling errors.

posted on Sep, 26 2014 @ 01:21 PM
link
a reply to: SecretKnowledge
Quite so, but I've seen people write "can" when they obviously mean the opposite, and I put this down to the "t" dropping out of the pronunciation.
One offender on this site was a senior figure who responded to a thread on self-deletion of accounts, declaring outright "Members can delete their accounts". Only because the subject had come up before, I knew that he meant "No, they can't".

posted on Sep, 26 2014 @ 01:22 PM
link
If you can understand it, m'eh, why get annoyed? The ones that bother me are the pseudo-intellectuals that try to confuse people with large words. Unimpressive.

posted on Sep, 26 2014 @ 01:23 PM
link
a reply to: Maxatoria
The "four candles" sketch would probably be puzzling even to Americans, because it depends so much on the habit of dropping the "h".

Could it have been a case of forgetting to type the "t" ??

posted on Sep, 26 2014 @ 01:27 PM
link
a reply to: SecretKnowledge
It seems a very common error, not just a one-off, which is why I put it down to flawed pronunciation.

posted on Sep, 26 2014 @ 01:29 PM
link
Now a few years ao (ago, see keystroke!) I would agree wholeheartedly with the premise of this thread, however I have discovered with age that my ablity to spell has diminished quite substantially and sometimes I have problems remembering how to apply certain grammar.

I passed GCSE english twenty years ago, back when "spag" was part of the marks, yet over the years have noticed an alarming decline in my ability to accurately articulate in written form.

I would say this is largely due to the lack employment where these skills were constantly refreshed in the buffer part of my brain (this brain part probably doens't exist but hey), in addition the amount of inaccurate english presented on the internet has also taken its toll.

It is not unusual to find me trawling Google for the correct spelling, as I doubt my own ability to intuitively spell these days.

So I am now a little more tollerant of people's writng...only a little mind, I'm still a hyppocrite/hypocrit (see having a moment right now) at heart.

All typed without using Google once, my offering to the thread.

P.s, there is also those annoying typos, the times when the keyboard just doesn't register the keystroke...they drive me potty!

I correct posters every once in awhile but find it to be a better idea to study my own grammar first. You should do the same.

Start with the "is" in your title and change it to "it".

You would not believe how easy that was to read for me being dyslexic ,