How did Curiosity Rover take a selfie??

Cool picture taken recently by Rover and released to the media to celebrate its arrival at Mount Sharp on Mars. But as other have queried just how was it possible for the Rover to have taken this picture of itself? Or am I missing something here...

They'll bring the whole rover back with them when they come to rescue us from this hell hole. Cause that's how they roll... And junk.

I've no idea how they took it, but I'm sure someone will be able to tell us very shortly.
edit on 9/13/2014 by Kangaruex4Ewe because: (no reason given)

It's the answer to all paranormal questions now...lol

That is weird though..if it was a remote camera it stuck in the ground on a stick,...then how come we haven't seen this before?...

They took a couple of dozen images and put them together into one image. They were all taken with the arm bent at the "elbow" so that it didn't appear in the picture.

posted on Sep, 13 2014 @ 03:42 AM
link
According to the article in the Daily Mail (UK) the image came from the picture was produced by "stitching" together other images taken, but I still don't see how this would be possible given the image shown...

They did it the same way that people do it. Bent the arm to keep it out of the shot. Then they stitched images together that didn't show the arm, so it appears that the arm isn't there.
edit on 9/13/2014 by Zaphod58 because: (no reason given)

lol that made me giggle...yep you nailed it....

These "selfies" are taken using a camera on the end of the rover's robotic arm. The arm has several joints (like our arms have shoulders, elbows, and wrists), so the arm was bent out of the camera's way. The camera took many images of different parts of the rover, and only in two of them part of the arm attached to the"shoulder" joint is visible:
mars.nasa.gov...
mars.nasa.gov...

JPL even created an animation of how the rover took this mosaic of images: www.youtube.com...


In fact, anyone can use the original images and stitch them together into a "selfie" using a panorama-creating software. Here's one I made myself: photosynth.net...

Deleted. Martian sand in the machine.
edit on 13-9-2014 by Aleister because: (no reason given)

Here's an old thread of mine explaining how the selfie was taken: www.abovetopsecret.com...

Here are parts of the mosais where part of the arm is visible: 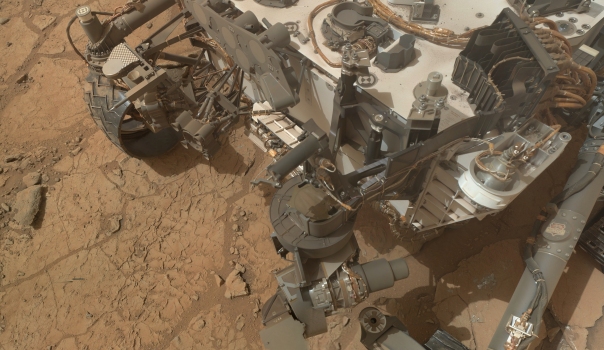 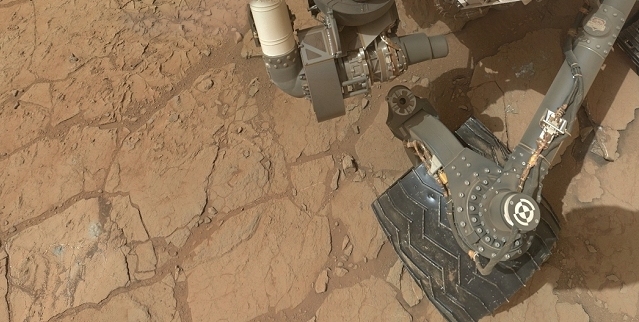 And here's the result of automatic stitching: 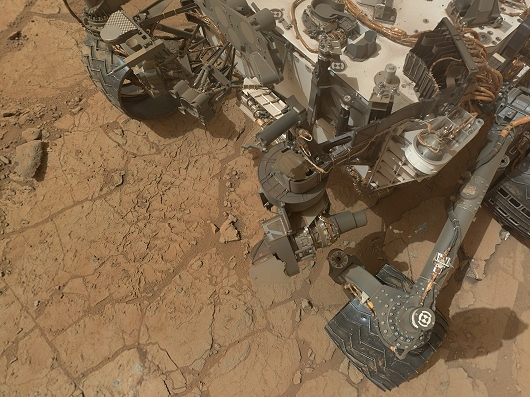 The images come from an earlier selfie, which I created myself from the individual images: photosynth.net...
edit on 13-9-2014 by wildespace because: (no reason given)


Every smaller picture that was used to stitch together that mosaic is real, but they took so many overlapping images -- and taken at so many different angles -- that they could overlap them in such a way that the camera arm is not seen.

posted on Sep, 13 2014 @ 03:44 PM
link
I challenge anyone to take a selfie, made up of many individual images, with a handheld camera, and have their arm showing in the resulting mosaic.