The man responsible for what the military called the Navy’s biggest betrayal is dead.

John Anthony Walker, the former Senior Warrant Officer from Norfolk who supplied the Soviets with damaging tactical and military data, died in federal prison on Thursday in Butner, North Carolina at age 77.

When I was in the USN back in 2001 going through A school training to become a CTO I first learned of who John Walker was. Because of him the military and alphabet agencies switched to a TPI (Two Person Integrity) system. Before that, anyone with a clearance had full access to crypto gear and their keys. What is this crypto system? It allows communications via HF, LF, satellite, phone line, etc, to be encrypted. Both parties would have a key to receive and transmit and this man was selling these keys to the Soviets which allowed them to full access to all things classified that were being transmitted.

He even enlisted the help of his immediate family.

John Anthony Walker Jr. (July 28, 1937 – August 28, 2014) was a United States Navy Chief Warrant Officer and communications specialist convicted of spying for the Soviet Union from 1968 to 1985.[2] In late 1985, Walker made a plea bargain with federal prosecutors, which required him to testify against his conspirator, former senior chief petty officer Jerry Whitworth, and provide full details of his espionage activities. In exchange, prosecutors agreed to a lesser sentence for Walker's son, former Seaman Michael Walker, who was also involved in the spy ring.[2] During his time as a Soviet spy, Walker helped the Soviets decipher more than one million encrypted naval messages,[3] organizing a spy operation that The New York Times reported in 1987 “is sometimes described as the most damaging Soviet spy ring in history.”[4]

As usual, it didn't cost the Soviets very much to buy him off.

As a person born in the 1990s is the Cold War a time of spies? I have that impression growing up watching the old James Bond movies.

James Bond and those movies are so unrealistic. The reality is that spies generally didn't carry guns, or bombs, or anything like that, and just tried to be as unobtrusive as possible. If they were caught they tried to wait for their government to work a trade for them. It's nothing like the movies.

originally posted by: Zaphod58
a reply to: starwarsisreal

James Bond and those movies are so unrealistic. The reality is that spies generally didn't carry guns, or bombs, or anything like that, and just tried to be as unobtrusive as possible. If they were caught they tried to wait for their government to work a trade for them. It's nothing like the movies.

accept the part where sometimes they look like this... 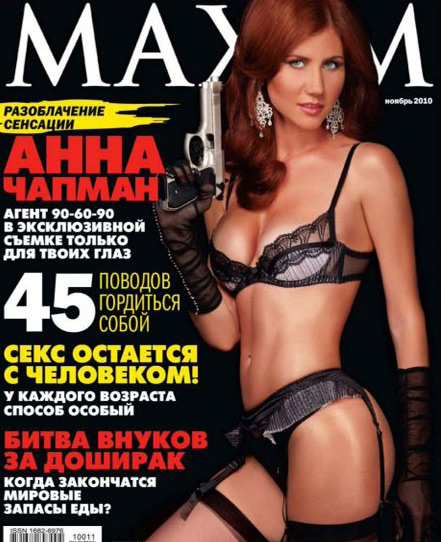 Sex really does get you a long way.

A fitting end for a traitor to his country and all around scoundrel for corrupting his own son as well.

Oh yeah, she was a dirty girl.
A real gobbler.

You won't hear me disagree with you.

i.e. if all countries had nukes then not one country would use one
that sort of mentality

Decoding position reports and messages doesn't level the playing field, it tilts it majorly in the favor of the Soviet Union. They would know where our boats were at, while we would have to hunt theirs.

Makes me think of that Carcass song... Keep On Rotting In The Free World...

In fairness though, you have to be some sort of backwards to traitor yourself and put your countrymen at risk, for nothing but money. I think that the fact that mere money can motivate a person to spy against their own government, indicates that there is a perception that being less well off is automatically worse than being stinking rich, as a life choice.

Personally, there is a certain honour that comes with being both a decent human being, and a poor one. There is such a thing as being heart rich, and pocket poor, and it is better than the polar opposite by an order of magnitude for which there is no mathematical expression.

originally posted by: Zaphod58
a reply to: starwarsisreal

James Bond and those movies are so unrealistic. The reality is that spies generally didn't carry guns, or bombs, or anything like that, and just tried to be as unobtrusive as possible. If they were caught they tried tbio wait for their government to work a trade for them. It's nothing like the movies.

James Bond was not a spy. He was/is a covert ops specialist.

Spies are people already in place - bank presidents, military personnel, Congressional staffers, hotel clerks in big cities. They collect intelligence and pass it along to...

There are hybrids and exceptions, however that is the general lay of the land.