If the video doesn't play, you can use the link below to see all of the pics. I can't get the YouTube tag to work, so if someone would post the actual video, it would help out a lot. Thanks.

So if i drew a picture of an angel today would that prove that angels are here right now?

That conspiracy had the worst people ever decide to back it.

Now some of the ancient texts taken literally. That's some interesting reading.

So if i drew a picture of an angel today would that prove that angels are here right now?

posted on Aug, 18 2014 @ 12:16 PM
link
Op, just copy everything after the = sign in the youtube web link in your browser and paste that in the ATS youtube link. Cheers!

posted on Aug, 18 2014 @ 12:19 PM
link
I'm a firm believer in both, with that being said, You cant really say that less then a hundred pics is PROOF that its real.
It takes a little more than 58 pics to prove to some of the Hardcore crowd here on ATS.

S&F for trying tho. 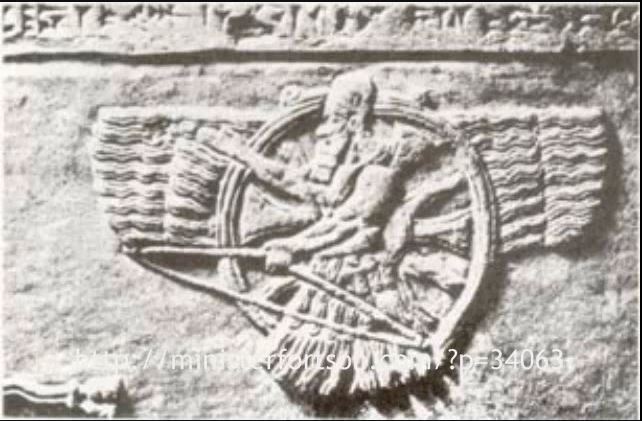 ...picture of the "winged disc", ended up being the most interesting picture for me.

I think before we can say this is evidence(not proof) of anything but imagination, we need to question its origins, as well as how it became a common theme in ancient cultures across the world, to depict humans/deities with wings.

posted on Aug, 18 2014 @ 12:38 PM
link
I don't think these pictures prove anything to be honest. I believe they are just various interpretations of ancient sun worship depicted through the medium of art and symbology. 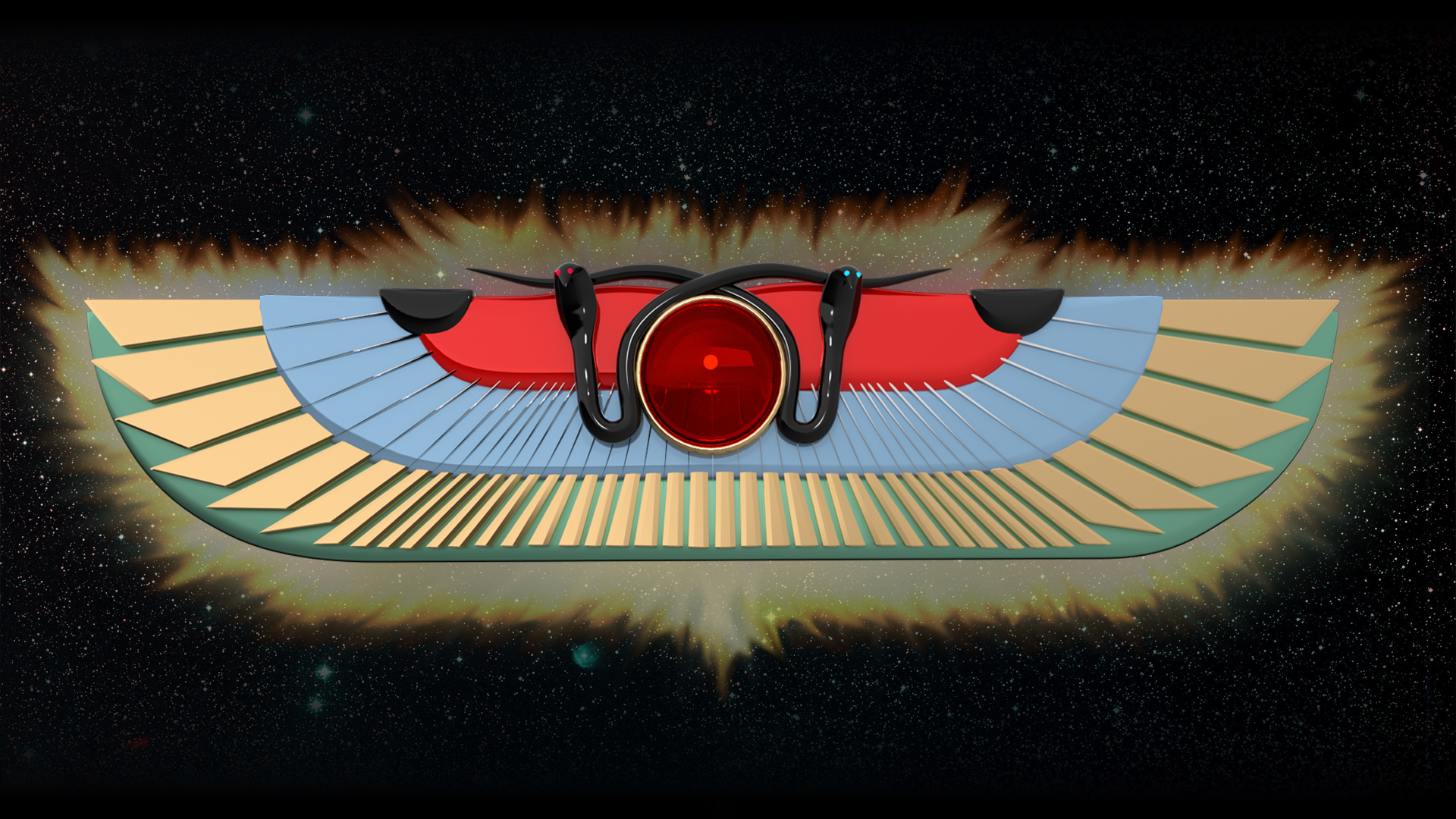 In Ancient Egypt, the symbol is attested from the Old Kingdom (Sneferu, 26th century BC), often flanked on either side with a uraeus. In early Egyptian religion, the symbol Behedeti represented Horus of Edfu, later identified with Ra-Harachte. It is sometimes depicted on the neck of Apis, the bull of Ptah. As time passed (according to interpretation) all of the subordinated gods of Egypt were considered to be aspects of the sun god, including e.g. Khepri.

originally posted by: dollukka
Or does it proove that ever since a man saw a bird flying he desired to do the same ?

I was going to say something similar to what you said...:

If I was someone in the past who made art from my imagination, I think it is likely that I may imagine what it would be like if a person had wings like a bird.

what utter twaddle : the works of MC Escher a piece of art work does not prove something existed in reality - if you ACTUALLY believe this - try making 3d objects that conform to eschers art

posted on Aug, 18 2014 @ 01:25 PM
link
It proves with out a doubt how much I hate youtube videos with music instead of narration. While some of these images are quite common not having explanation of origins, cultures or eras is always a red flag we're going down the alien rabbit hole.

posted on Aug, 18 2014 @ 01:29 PM
link
So because an ancient civilization can carve a being (the pictures aren't always humans) with wings on it that doesn't normally have wings, it is proof that angels existed and helped the ancients?

You do realize that birds are pretty common throughout the world. Using your imagination to graft wings onto something, like humans, really isn't that far fetched of an idea... To me, this is all proof that the ancients had highly active imaginations. I certainly don't pick up a book of D&D illustrations and think that beholders exist in the world.

originally posted by: PhoenixOD
So if i drew a picture of an angel today would that prove that angels are here right now?


Yeah! Check out this recently leaked photo that proves the U.S. had a secret rocket man army in WWII: 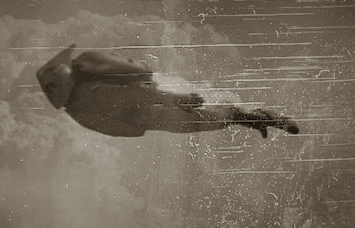 The pictures prove it!

Or does it proove that ever since a man saw a bird flying he desired to do the same ?

Not just any wings either...no humble, little sparrow wings in the ancient and classical depictions. They always went for the wings of the larger, apex birds as they represented symbolic power and aspiration exactly as they do today. Concurrent with the power symbolism was the ideal of being closer to the heavens than the common birds and people...what other birds would suit those in and of power?

Only recently, there was evidence that Neanderthals wore bird wings and preferred the apex predators like eagles and the huge black vultures.

Combining the circular representation of the Sun was like a full-house of symbolic power to many ancient societies and continued down the ages. So we see national imagery of eagle crests and the now set-aside Rising Sun flag of Japan.

Proof, of course, that rulers have always had big-heads and love themselves. What's that they say about guys driving big, fast show-off cars?

The only thing closely resembling the idea that angels have wings in the Bible are “Cherubim”.

In most places these beings are often used in a symbolic way. For example in the visions of Ezekiel which we have refereed to, or in the Most Holy place in the Tabernacle – in which all the features were symbolic, pointing to the work of Christ in some way (Galatians 3:24). Their ‘features’ are all symbols whose meaning can be deciphered by looking up the characteristics in other parts of the Bible. They represent Gods character which is manifested.

Can we take these symbolic creatures and apply their symbolic characteristics as literal elements of an angel? It seems like quite a jump to assume that because a symbolic Cherubim has symbolic wings that they should be made literal on a literal angel!

An interesting thing to consider is that if angels have wings then so should you and I. Consider this verse in Genesis: “So God created man in his own image, in the image of God created he him” Genesis 1:27 The word “God” in the hebrew is “Elohim” and means “mighty ones”. Elsewhere in the Bible the word has been translated “angels” (see for example Psalm 8:5 and then the apostles Paul’s endorsement of that translation in Hebrews 2:7). So this tells us that man was created in the same shape as the angels. Men do not have wings. Therefore angels do not have wings.

We can see that angels were in the form of men because often they are described and mistaken for “men”.

“And there came two angels to Sodom at even; and Lot sat in the gate of Sodom: and Lot seeing them rose up to meet them; and he bowed himself with his face toward the ground; And he said, Behold now, my lords, turn in, I pray you, into your servant’s house… But before they lay down, the men of the city, even the men of Sodom, compassed the house round, both old and young, all the people from every quarter: And they called unto Lot, and said unto him, Where are the men which came in to thee this night? bring them out unto us, that we may know them…” Genesis 19:1-5

If these angels then had huge wings how were they mistaken for mere men? They couldn’t of had wings!


Link: Do Angels Have Wings?

Great pics to check out though. Thanks for sharing.

*58 pics that show some folk have no understanding of Mythology or the History of Art.
edit on 18-8-2014 by skalla because: was on my phone and borked my post