So this is going to be a short post, without any evidence or photos. Beware.

Anyway. In the past two weeks (soon) I have heard fighter jets and also seen them fly over my area where I live in Sweden. This has been going on EVERY day now for almost two weeks.

Where I live in Sweden (the province/island of Öland in Kalmar area) The Swedish Air Force have their regular flying days on tuesdays. That is when we hear and see fighter jets here. But starting on Monday last week there have been a non-stop of fighter jets zipping over my village going in the direction of the Baltic sea and also in the direction of Denmark/Norway/UK. So today when I write this it has been going on for 10 days straight.

I have spooken to my mom abouth it and she too had noticed this and thought it is very unusual for fighter jets to be flying this often.


I wonder if any of you out there know if there is a military drill or something going on or is it a sign of heighten alert from NATO?
I write NATO because the jets that are zipping over here are not Swedish JAS planes as I see them almost every tuesday and recognise the shape of them. As JAS has a more triangular shape and these planes that have been flying now have more of a pointy shape. My mom told me she had even notice a plane looking more of a "teardrop" in shape. well that what she said.

posted on Jul, 30 2014 @ 10:36 AM
link
I am in SW England and very near a few airbases and on the flight path of at least two, and yes, here also, much more fighter jets flying past daily and mostly when there is white haze cloud cover, which masks their visibility.

Just for reference, the red line on your map, are these directions towards air bases and is the map you posted true North?

I would say here these are flying North though is also the direction of an air base.


Here is NATO's official current Missions page. Sweden are part of the Partnership for Peace. However I guess all nations are on pretty high alert these days so perhaps are ramping up training exercises, reconnaissance, security, air space patrol etc.

The map is pretty much true north, as the island I live on is pretyy much like a compass needle. However the directions of the planes is just a guess from my part, they could be more of a east to west line or maybe even more toward south and north. BUT, from what I can see its defintely more of a east-west directions they are flying in.

posted on Jul, 30 2014 @ 10:53 AM
link
The Ukraine situation.....pretty much has NATOs panties in a twist I think.....
I would EXPECT that air operations will be increased by all potential participants in the Ukraine war.....


Yeah, that was my first thought too. But then I started to think that maybe it was just a drill or training or something like that.

But you are prob. right. The Ukraine situation most def.

posted on Jul, 30 2014 @ 01:23 PM
link
This is the aircraft model you are looking for if you see lots of these then you know trouble is on the horizon. 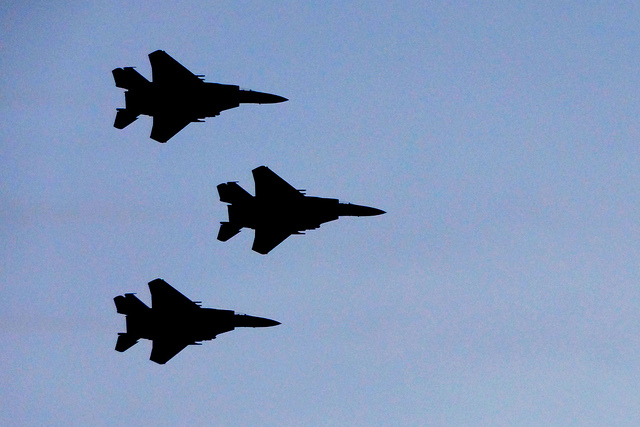 The Swedish Gripen. I recently watched an excellent display of theirs at RIAT.

posted on Jul, 30 2014 @ 02:20 PM
link
JAS Gripen (or Griffin) must be pretty outdated now right? I dont know much about fighter jets at all but I think we had it in service since the late 80´s early 90´s. But they prob. made a couple of revisions on it. Nice video btw.

originally posted by: Nettlas
JAS Gripen (or Griffin) must be pretty outdated now right? I dont know much about fighter jets at all but I think we had it in service since the late 80´s early 90´s. But they prob. made a couple of revisions on it. Nice video btw.

The Griffin is still viable, it is being upgraded.


LONDON — Saab has been given the go-ahead to modify Gripen C fighters to the new-generation E standard in a 16.4 billion-krona (US $2.4 billion) contract with the Swedish Defence Materiel Administration (FMV).

The Swedish defense company on Wednesday said the order to begin serial production for 60 of the significantly upgraded Gripen E version would allow initial deliveries to get underway in 2018 and be completed by 2026.

The company also announced it had received a separate order from the FMV valued at 186 million krona to integrate MBDA’s Meteor beyond visual range air-to-air missile on to the E standard aircraft.

Switzerland has selected the new aircraft standard and is on course to purchase 22 machines subject to a referendum on the procurement expected next year.

A modified D-model trainer is already test-flying the latest updates and an E standard aircraft is in production ahead of a first flight in 2015. A further two test aircraft will also be added to the program.

“The order from FMV is further proof of the Swedish Parliament’s confidence in Gripen, its development potential and defense capacity. Furthermore, it is confirmation that the program is proceeding to plan,” said Saab President and CEO Hakan Buskhe.