posted on Jul, 20 2014 @ 12:19 AM
link
Very IMPORTANT 13 minute message: "...We are coming back to the Earth...Your government and the governments of the World know this and they prepare. They prepare to fight us upon our arrival. They prepare to dig and hide themselves like rats in the ground when their attack on us fails as they know it will."

edit on 20-7-2014 by StopThaZionistWorldOrder because: (no reason given)

"...We are coming back to the Earth...Your government and the governments of the World know this and they prepare. They prepare to fight us upon our arrival. They prepare to dig and hide themselves like rats in the ground when their attack on us fails as they know it will."

All I am seeing here is a man reading a letter he wrote, pretending it came from his God.

"...We are coming back to the Earth...Your government and the governments of the World know this and they prepare. They prepare to fight us upon our arrival. They prepare to dig and hide themselves like rats in the ground when their attack on us fails as they know it will."

This just seems like the usual cliche jargon from people looking to make a buck off of other's insecurities.

When all is said and done, the Earth will continue to revolve around Sol.

Human problems don't matter in the eyes of the universe
edit on 20-7-2014 by yourmaker because: (no reason given)

I checked out when god mentioned "chemtrails" I followed the rest for fun and profit. I lost 13 minutes of my life however and didn't smile once.

posted on Jul, 20 2014 @ 01:31 AM
link
How could we let such a message simply trickle through...?
Here is a transcript of the "message" portion of the video, for anyone needing a future reference...

There are multiple hot-spots throughout the Earth
Hot-spots for war - which could turn 'nucular'
Hot-spots in nature - via volcanoes, earthquakes, etcetera
Hot-spots in the cosmos - which include your own Sun - sunspots, solar flares, and outer space - which includes asteroids, radiation...eerrrm eeerrrrm (clearing throat), solar dust, and contamination
Hot-spots in your atmosphere - which include the changing of your Earth's magnetic fields, continual spraying of chemtrails in your atmosphere...
Even some unbelievers or more awake in attempting to prepare for what lies ahead more than my people...when I warn them constantly

Repent! Repent! Repent!
I have said and continue to say - Prepare to meet your lord and your god
We are coming back to the Earth
The bridegroom for his bride - and the heavenly father for his creation

Your government and the governments of the world know this...and they prepare

They prepare to fight us upon our arrival
They prepare to dig and hide themselves like rats in the ground when their attack on us, fails...as they know it will

Satan's time...eerrrm eeerrrrm eeeerrrrrm (throat clearing)...to be allowed to accuse and slander the brethren...day and night, is coming to an end
And his expulsion draws nearer, and he knows it

His preparation(s) on Earth are almost complete
His plan, and the deception of the ages is almost complete
My people - You need to realize this event is bigger than any one person
This is the plan of the ages/Ages
This is a very long time in coming
I still have many souls I wish to rescue
Pray, Pray, PRAY
Pray for the lost and the backslidden...that they may be found
Pray for the persecuted...that they might be protected...and that they don't deny my name
Pray for the sick and the orphans and the widows...
There is a time coming when your nation will be filled with orphans and widows
Pray for the peace of Israel and Jerusalem

There is so much pain and suffering in the world...eerrrm eeerrrrm eeeerrrrrm (throat clearing)...only many Americans refuse to see it

Oh - America, America - don't you realize "in one hour, your judgment comes"?
In One Hour - things will drastically and dramatically change for you as a nation, forever

To my people who are called by my name - my bride - write - continue in holiness - for, without it, you will be left behind
To see me - as my word states - you must be holy
Reach out, to the best of your ability, to those who are around you
I have placed people around you, for you minister to and help
Pray for the harvest - that I might send additional laborers to the fields
Dont' become like the foolish virgins, written about in my word - stay vigilant - stay sharp
To the ones who haven't fully matured, yet, write - you need to stop fighting among yourselves
Fighting among yourselves concerning doctrines of men...causes division
eerrrm eeerrrrm (throat clearing)

Don't take it under any circumstances and don't let those you love and care about take it, either...if at all possible

To the other nations of the world, write...
When you see America struck...then, don't lose hope --- It will be confirmation that my words are true...
You have much work to do in your own nations...for America is not alone in her sins against me --- All nations have sinned and come short of the glory of god

Repent, Repent & Repent - you are not blameless or guiltless
Get busy with works I have commanded you to do
Win the lost and the backslidden
Be ready to give answers to those around you - who are asking for them

You are all dear children - and precious to me
Be ready for such an hour as you think not, the son of man comes
Behold I come quickly, and my reward is with me
Continue to prepare to meet me in my soon coming
Be not afraid and be of good cheer
For I have overcome the world and Satan and his minions who run it

I love you, my children, I love you

From this point - which is about 8 minutes 33 seconds into the 13:13 video...the author goes into commentary and other such expostulation, exhortation &/or explanation.

I have no comments, at this time...

No Good Et comes bearing "religion", that is an annanuki/dark side/soul trap.

This planet is a playpen, prison and school all rolled up into one, and the crimes are: war, inequality,that we have homeless, starvation, slavery, in fact they're all thats wrong with the world and right in front of our noses, and TPTB, and all our leaders, do this to us, and people seem to endorse it.

Until they stop, and start picturing freedom/eutopia's/loving families sharing and caring and enhancing everyone's life without forcing slavery, until they grow up, they don't leave these levels.

The heart of some religions is good but rewritten to hide the simple truth of going within, meditating, and perfecting to higher mind, or the tao, to obey, pay your tithing and taxes, and don't think, don't seek, obey, oh, and fight in all the wars for us, and don't begrudge the rich, you don't have to stop the corruption at the top because one day, God will judge them, so you don't have to do anything, don't try to change the world.

And believe that Love/God is a murderer, and sends even good souls to hell if they don't believe in your religion. And give this idea to many religions.

In reality, Love delights in all expressions of Love and no sin in being an athiest.

The sin is in domination, forcing and harming people, enslaving, murder, etc. 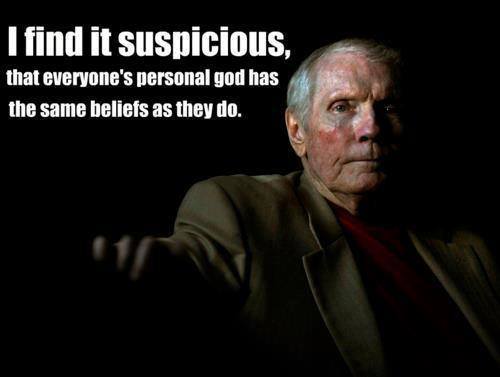 originally posted by: stormbringer1701
exactly how do you figure this belongs in the space exploration forum?

Don't worry: Coming soon to a skunkworks forum near you...

originally posted by: stormbringer1701
exactly how do you figure this belongs in the space exploration forum?

Spacemonkeys! (Nods)
That or magic?