Stewart Swerdlow is a big name on the conspiracy circuit and a wealth of alternative info that he's been privy to due to his deep personal and family connections to both the inner circles of the United States and Russian governments as well as the KGB. Stewart starts us off with a brief history of the Reptilians as well as our origins in the Lumerian star system. He talks about the secret timeline of our own solar system, how the moon arrived at it's current location, planets that have been lost to history, and early extraterrestrial power struggles for Earth. We also talk about the plans of the modern day Reptilians and the Illuminati, the secret deals between governments and alien races, and much much more! Stewart's Website: www.expansions.com...

He also says dolphins were brought here from the Andromeda galaxy to help with the destruction of the human race. They are much smarter than humans, according to Swerdlow.
The Illuminati started giving vaccinations to people with dolphin genetics because the were a threat to them. These shots are what started the rise in children with autism in the late1980s. He says autism is actually a person with dolphin genetics inside a human body. That's why they communicate differently. He says this is why children with autism have such a connection with dolphins.

He moves on to discuss the star gate that is located under Baghdad, and says this is why there is so much war there. The elite are trying to gain control of this area. This is why the U.S. took certain artifacts from the museum when they went over there; these artifacts control the star gate. The U.S. now controls this star gate!

He says the Illuminati destroyed planet Nibiru back in 2003 with a powerful particle beam accelerator when it came close between Saturn and Jupiter.

He discusses the underground cities all over the world and their purpose; the four different main groups of aliens that the Illuminati deal with, what our (human kind) future holds concerning these aliens, and so much more!

This is quite an interesting show! If you would like to listen, here is the link, episode #118:
www.stitcher.com...

posted on Jul, 13 2014 @ 05:14 AM
link
Dolphins huh?
I always knew that Simpsons episode was a hidden illuminati message

posted on Jul, 13 2014 @ 05:22 AM
link
I have heard many of these things from other sources..so will listen to this with interest.. especially since a recent cover up of a thread of mine on Thesians being mirrored to an illuminati site..I've felt what its like to be silenced..and it's so easy..they must be laughing. I will listen to more that others have to disclose and use my own discernment to decide and ultimately find the truth.

skunkape23
+12 more
posted on Jul, 13 2014 @ 05:28 AM
link
That's some rich stuff. It sounds like the words of a schizophrenic Cherokee woman I had the pleasure and privilege of spending an afternoon with. She told me Jesus came to her home and gave her a jalepeno pepper. He held the pepper in his hand and he put his hand into the burning fire. It got so hot the pepper ruptured, and it was full of cheese. He had a red rag over his shoulder.
Then Snowface came knocking at the door. He looked like a beautiful white baby seal, but she knew it was the Devil.
She is now institutionalized. She set a bear trap at the door and stabbed her "cheating lover" with a screwdriver.
I couldn't make this s#it up.


I'll give it a listen after I have some sleep. Thanks for posting. I replied because of the Bigfoot origin theory. According to my crazy friend, Bigfoot was the result of white man raping buffalo.

Belief is in the mind. Faith is in the heart. Knowing is in the soul.

I look around. .and more and more wake up. The illuminati house of cards is falling down.

I often talk to crazy folk on the bus too. I once met a man who claimed to have a green monster living under his bed who would tell him about his father's adventures on Mars and another who said that he had a bicycle made out of flint that he had used to conquer Wales while on a camping trip with Hercule Poirot. Maybe i'll make a thread about it.

posted on Jul, 13 2014 @ 08:17 AM
link
Interesting stuff, not believing everything but some of it fits my theories, so Iraqis had no clue what those devices were that they placed on their museum? Is there any photograph around from Iraq museum, before the war even?


Wow, And I thought I bumped into interesting people! That's quite the conversation.

He says that Big Foot was the creation of a hybridization experiment of man and bear...

posted on Jul, 13 2014 @ 08:45 AM
link
a reply to: sled735
Wow not since the weeks we covered Grimms fairy tales at reading group in the public library when I was six have I heard so much imagination from one mouth. Walt Disney didn't have as much imagination and he's the guy who invented imagination. And you find this guy interesting? I guess. I a blizzare he's a nut job kind of way. Plus he obviously doesn't have any respect for his audience. He thinks we're stupid enough to believe him.

That was the first thing that came to my mind too. That episode! Lol.

Thanks for posting i will have to have a listen and i want to look in to the autism thing more also and how autistic kids react around dolphins, its very obvious to me vaccinations are what causes it though. I have only recently started looking in to that hollow earth theory it sounds kinda bizarre but who knows! Anything is possible.

This guy may not be mentally ill. I'll reserve my thoughts on tbat. Still he's a Fox no hyberdization needed. He's full of it. These stories are ridiculous and so is anyone who believes them . God he threw in every nut job belief of the twentieth century. You guys couldn't possibly really believe a word he says. Not really deep down. Please tell me you are smarter than that.
edit on AM000000310000000772855312014-07-13T08:55:01-05:00 by AutumnWitch657 because: (no reason given)

It's insane how much apparently went missing from the museum from about 2003 until US forces secured the museum apparently 400,000-600,000 pieces were absconded 15,000 alone in the 4 days between the museums evacuation and the arrival of coalition forces. If something of a truly supernatural power was housed there, unless they were completely naive as to its existence as such, it certainly wouldn't have been on display. In my opinion it would have been removed off sit long before the invasion.

Yeah, i do think anything is possible its better than limiting my imagination and it helps me deal with this s#!tty world we live in aswell knowing there might be something good out there, obviously common sense applies though and like i said its bizarre im obviously not going to believe anything without some form of evidence .. Are you trying to say that because i said anything is possible that it must automatically mean im a dumbass and would believe in pigs flying & honest politicians? Rightyo.. Forget i even said anything hey!

You can't honestly believe all of this...do you?

Honestly, the above theories are so out there, that i can't believe anyone with a capable brain could fall for them. I don't care what type of sources this guy cites, if they can't be backed up by solid evidence, i will continue to call the guy a nutjob for espousing such garbage.

I don't intend to be hostile, but some of this stuff is just...bad. It is good that you bring this...alternative stuff...to ATS, but really, research actually helps. I also suggest not listening to nutjobs such as Stewart Swerdlow. 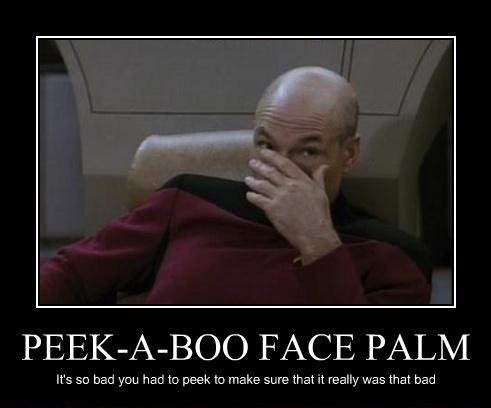 posted on Jul, 13 2014 @ 10:01 AM
link
It is possible to present opposing views without being hurtful. My mother always said 'If you don't have anything nice to say, don't say anything at all!"....can sometimes be hard to live up to, but I never stop trying.

To always present an opinion in a negative, hurtful way shows an extreme lack of knowledge; venom will poison the vessel that carries it. Words can be far more painful and damaging than a physical beating, so I would like to ask that all of the people who are unable to express themselves with kindness towards others' belief systems or interests to refrain from ridiculing those who are more open minded...pretty please.

I read 'Edgar Cayce on Atlantis' in the 1970's, where he channeled information on how genetic human/animal hybrids were being created, and the ramifications. That was the most far out theory I had ever heard, and I laughed quite a bit over that!
Then I read about the Montauk project on Plum Island....and the animal/human hybrids being carried out there.
When successful cloning began hitting the news, my laughter changed a bit.....more towards 'nervous' laughter.

This guy could just be making a living off of ideas that were dreamed up by others, or he might be on to a bit of truth.Either way, only an extremely closed mind will refuse to examine all of the information....and save it for future reference.
While I find most of what he says really hard to believe, I will hold on to it. Maybe someday it will be pertinent. Advances in genetic engineering/modification has made me far more open minded than I once was.

I'm having trouble wrapping my brain around the theory that dolphins want to destroy the human race, though. They are highly intelligent creatures, and have interacted with humans in a positive way. If they're here to destroy us, how are they going about it? Just a little mental ping-pong.

I don't watch sci-fi movies anymore; somebody does all the thinking for you. I like to get my sci-fi from people like Swerdlow; my brain can create some pretty fantastic scenarios, and sometimes they really far-out ones become everyday reality. Humanity seems to only be limited by its' imagination....if we can think it, somebody can do it.