posted on Jun, 13 2014 @ 09:53 AM
link
Sadly this is not an article from the onion or any parody website, this news is real and it reflects the sad reality which we are living in, in this country.


The alarming rate of school shootings across the country appears to have added an unsettling new item to parents' list of "back to school" items: bulletproof armor for their children. Among such items, the Bodyguard Blanket, a portable, bulletproof covering for children, has seen its sales exceed its manufacturer's expectations in less than two weeks on the market.


Stan Schone, managing partner at manufacturer ProTecht, told The Huffington Post that consumer response to the product has "far exceeded our wildest expectations" in the 10 days that the blanket has been available for purchase. As reported first in the Oklahoman, the blanket was conceived to protect children during natural disasters.

The blanket is made "with the same bullet resistant materials that shield our soldiers in battle," according to one advertisement. In the event of a tornado -- or shooting -- children can wrap themselves in the blanket in a duck-and-cover position to shield from bullets, debris or other projectiles.

As I've been saying, there is no point any more in trying to "control" this problem.

If 20 elementary kids shot dead, wasn't enough to get something done about this problem then nothing ever will, and now it seems that parents have added a new item to their kids back to school list.

Bullet proof blankets, which are supposedly able to withstand up to .22 caliber rounds.

Wow those look impossible to get around? How would a gunmen ever get to the children feebly attempting to cover themselves when a gunman enters....might it save a kid, maybe. Will it most likely draw the attention of the gunmen over to them, more likely...

It was never designed to be used to stop bullets and frankly wouldnt do a very good job of it at 3A.

As far as using it as a means to hype up the non-existent epidemic, well, that's nothing new:

Parents are sending children to school in stab-proof uniforms to guard against knife crime, it has emerged.

Children as young as 10 have also asked for the body armour, some because they are scared for their lives and others as a badge of honour.

Australian parents desperate to protect children from attacks by thugs have begun ordering stab-proof tops from a British clothing firm.

"When I was growing up you never heard of anyone carrying a knife and if someone was stabbed it was major news.

"But now even in smaller suburbs and towns you hear about it every week and there's no age restrictions."

If I made a big flap to protect kids from tornado debris and found out it was rated as 3A I'd sure be trying to milk that fear-driven bottomless pit of taxpayer dollars by selling to a school.

Leave it to HuffPo to completely ignore the reality of the product and focus in on an accidentally applicable agenda.

From the inventors own mouth

"We're trying to stop that blunt-force trauma when that rubble is falling down on a child, for instance," said Walker, a podiatrist from Edmond.

At $1,000 per blanket, he and others with the company say buying one per student would be less expensive than building tornado shelters.

"By no means would we ever say that this is more protective," Walker said. "But when you have budget constraints, this might be a viable alternative."

I also recently saw ads for bullet proof fashion... for teens. I threw up in my mouth a little.

Unless kids walk around wearing these then they will need to be carried at all times and blanket drills run often. At least it is a false sense of security.

Let's put the kiddies in 1" thick lexan bubbles with a combination lock at the screw top. They could kind of roll around in between classes.

at lunch they can run on a wheel for more exercise.

I should patent that genius and make a fat stack.

posted on Jun, 13 2014 @ 10:18 AM
link
If they really want to save kids lives they should require mandatory swimming classes everywhere.

99.9% of these blankets and other bullet proof apparel are a waste of time unless you live in Chicago. And even then you're more likely to get shot out on a street than in a classroom.

That's one of the big reasons the wife and I left Wichita KS.
not because of school shootings per-say... but the violence there was spinning out of control.

Anyway we were already looking at a mini farm here in Colorado, drove out to take a look ya know.
Then as soon as we got back to Kansas the local news was all about how the FBI was warning about a threat to the cities water supply!

Well that was the last straw, that night I called up the relator and made a cash offer.
best thing I did too, moving the girls to a tiny town like this. Not saying there will never be a drive by here but the odds of it happening are exponentially lessened here.

posted on Jun, 13 2014 @ 10:21 AM
link
How about bullet proof doors that can be locked? Makes more sense. Remember, school boards purchase this stuff. I've lived in places in half of the country and EVERY school board member tripped over themselves trying to be the most conservative. I'll have to take pictures in November of their signs. I couldnt even read the names driving by because CONSERVATIVE was so large on it...

Though kudos to guy who came up with this product.

I happily grant him the 2014 "There's a Sucker Born Every Minute" Prize.

Yep. The problem is some people who own guns aren't being responsible gun owners. Instead of keeping trigger locks on their weapons, and keeping them locked in a gun safe, somehow their kids have access to their guns. The parents should be charged with the crime. The day that bullet proof blankets become a hot commodity then it tells you the state of that neighborhood. I bet not one of those blankets were sold outside of liberal-controlled inner cities who have serious gun control laws. amirite?

posted on Jun, 13 2014 @ 10:27 AM
link
If its that big and clumsy and is only rated to stop a .22 then IMO as an Englishman, with limited knowledge of real firearms other than a modest interest over the years, say it is not suitable for purpose and therefore is a waste of money.

IMHO If it wont stop a 9mm cold at point blank at a very minimum then I personally wouldn't even bother with it.

Its a terrible thing to see lives lost at such early ages and it totally baffles me how anyone could even think much less act in such a terrible way.

There has to be a way to solve these issues without the need for a) The need for children to go to school in some form of ballistic armor or b) a total ban on civilian firearms.

Every time I see something like this on the news I can only ask why anyone would do it... Not why weren't they stopped earlier or how they obtained the firearms in the first place.

I dunno, I really don't

Mr. Padgett got the weapons from his family home. Although they were secured, "he defeated the security measures," the police chief said.

Having one is fine and all but to charge parents for a kid defeating it is ridiculous. Would you charge the parents if a kid hotwired their car and ran a bunch of people over?

Witchita is a hell hole. Just like Little Rock, the quad cities...most people dont realize there are some really crappy places in the "flyover states"

Glad you're out of there. You're in a decent part of CO. Maybe in a few years I'll swing by and say hi. I miss it out west. People are nicer more genuine away from the cities since they (we) are descendents of settlers who lived in sod houses and made due with what was around them.

On topic, my own children, actually child is in suburban Philly in an uppity school district. I worry more about those than inner city schools for violence. Debating on going for full custody this fall. She's never home. She's a teacher's union rep and doesnt let me see them though I was a stay at home dad for five years...
I digress yet again...if I dont talk to you later have a great wweekend HC!

posted on Jun, 13 2014 @ 10:37 AM
link
Shifting from the war on drugs at the small time user level and to a war on illegal firearms might be a start. Decide which is the bigger threat. I'll bet that is a bit to dangerous a line of work to be undertaken.

Grab your daughter and come on out!
we're having a fishing derby next weekend, Trout from the Delores River 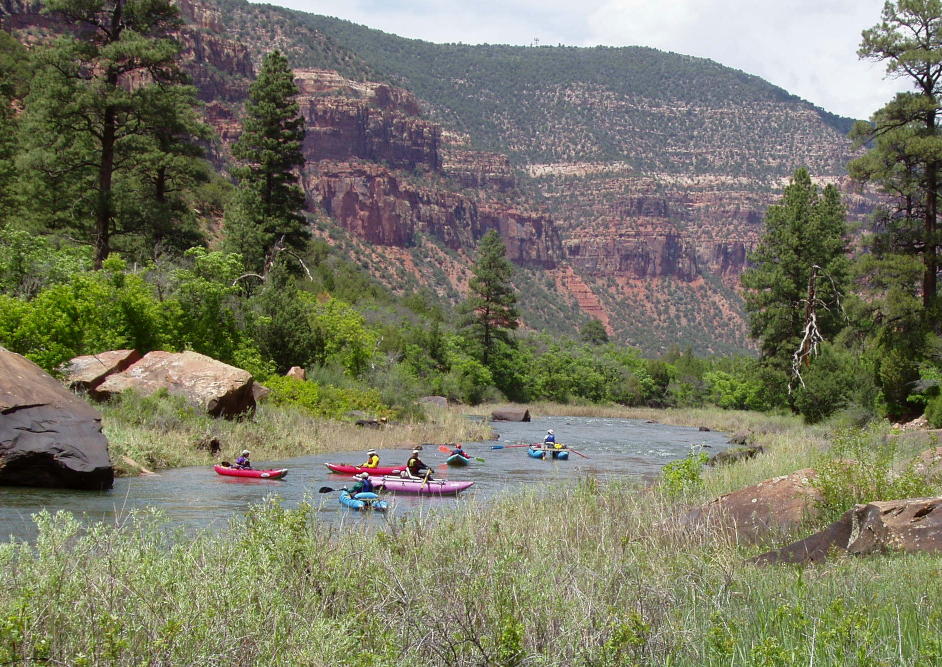 Doesn't get any better than that man!

Am i the only one who thinks a giant colored blanket lying in the middle of a school hallway during the attack isn't going to be prime target number one?

Am I also the only one that believes a gun man could just lift the blanket and shoot the kid???

posted on Jun, 13 2014 @ 11:07 AM
link
a reply to: HardCorps
Have a daughter and a son that are mine...my significant other (we're both divorced/divorcing) has a son and a daughter about three years older than mine.

Im going to show her the kayak pics...she wants to buy some this next off season.
And I can't see my kids...havent for a year. She works for a teacher's union and had unlimited funding for legal. Went so far as to get a PFA against me even though I follow the principle of Ahimsa. Soon I'll get them...I'm torn because he has friends and so does she and I live an hour away. I'm not going to upset their lives just because I want them with me. They are wise beyond their years.

Thanks for the invite! If my gf hadn't just sent me a text about what corset she is wearing tonight, I would have looked for plane tickets...maybe next time.

originally posted by: Fylgje
a reply to: muse7

Yep. The problem is some people who own guns aren't being responsible gun owners. Instead of keeping trigger locks on their weapons, and keeping them locked in a gun safe, somehow their kids have access to their guns. The parents should be charged with the crime. The day that bullet proof blankets become a hot commodity then it tells you the state of that neighborhood. I bet not one of those blankets were sold outside of liberal-controlled inner cities who have serious gun control laws. amirite?


Actually most of these kids are defeating the security measures of secured weapons. I learned to break in to my mom and dad's safe with a stethoscope as a child; that was before youtube. Sometimes we underestimate these children. And we all pay for it.

posted on Jun, 13 2014 @ 11:10 AM
link
That has to be one of the dumbest things I have ever seen. It is a sleeping mat, it doesn't even cover the kids body and can only handle a .22 round? Why are people even buying these? Ridiculous. The first larger than .22 round that hits that thing would knock whomever is under is completely senseless, if it succeeded in stopping the round at all. This is a joke and a sham and the company should be under serious scrutiny for even selling these as a bullet proof shield for kids.