Young men from all around the world streamed out of landing vessels into a hail of rifle, machine gun and mortar fire on the Normany beaches to begin the start of the largest seaborne invasion in history in order to liberate the European continent, and provide a much needed second front against the Nazi's, relieving pressure on the Russian forces in the East.

As time passes, and fewer and fewer veterans of this astounding piece of military logistics, planning, heroism and almost senseless slaughter are left, it is worth reflecting on the cost in lives and the truth behind the operation that are slowly being eroded and lost in a combination of the midsts of time, bad Hollywood scriptwriting and internet territorial pissing and jingoism

D-Day: Exploding the myths of the Normandy landings is a fascinating read, as is D-Day veteran: I don't want them to be forgotten - these men actually did defend our freedoms (a phrase that has recently been sadly usurped to serve questionable political motives/power grabs and oil revenues) and they deserve to be remembered properly, correctly and with the utmost respect - because if we don't learn from these events, and from the true horrors they faced, we may be doomed to repeat it again and again until we do get it into our thick skulls that war is an evil, messy, horrible thing and not the sanitised, packaged, "patriotic" BS video game style crap we are fed from embedded news reporters and recruitment adverts.

This man is a hero
Veteran remembers D-Day

Respect the fallen and remember them with fact and reality, not fiction.

Here are the CBS radio Brodacasts from D-Day thanks to Archive.org.

posted on Jun, 5 2014 @ 04:35 PM
link
while we brits and americans will take the proverbial about our countries willingness to fight, at that point we did what was needed and i'd hate to of seen even 1% of what they would of seen so a belated star and flag for the guys who did it even if it is too late

posted on Jun, 5 2014 @ 04:37 PM
link
I took a staff ride to the landing beaches when I was stationed in Germany. I have been in some # but, I could not imagine what it must have been like for those guys. It is nothing short of a miracle they pulled it off.

posted on Jun, 5 2014 @ 06:03 PM
link
It's a standard procedure to take trips to the landing beaches with your battalion, it's not till you get there and get retold the story's and facts when it actually hits you, not to mention most of those lads were so so young, it was a slaughter shed

posted on Jun, 5 2014 @ 06:51 PM
link
Many of us forget to give proper respect to the Russian forces in that battle. They suffered horrible losses in the harshest of conditions. There is a good chance Hitler's forces would have won without the fight they brought to the table.

posted on Jun, 5 2014 @ 07:17 PM
link
My stepfather went in behind Normandy on a glider. Very few details come out when he remembers that ordeal, but what I've found is that he just wants to tell his story ... and have someone listen. He lost a lot of friends ... and he was a very young man at that time. Quite a burden to carry for so many decades.

You got me wondering what Russia's role was in the defeat of Nazi Germany (beyond the Siege of Stalingrad and the eventual defeat of Berlin, I had no clue). I like what this Canadian had to say:

Three D-Day stories, from land, air and sea, June 1 While not diminishing the importance and the shear strategic importance of D-Day, it is important to remember too that its success would have been vastly compromised had a larger and arguably more important offensive not taken place in the eastern front. Just 17 days after the English, American and Canadian forces stormed ashore on June 6, a brilliant offensive on the Eastern Front under code name Operation Bagration pitted a Russian force 10 times the size of the Allied D-Day assault pillaged the German Army Group Centre, an army three times the size of what defended Normandy. Coupled with the huge damage the Siege of Stalingrad a year and a half earlier did to the German offensive capabilities, one has to give credit to the Russians for their very significant contribution to bringing Hitler’s conquest plans to its knees.

I think the Canadian answered your question. Yeah, Stalin was an evil jerk, but the Russian military pushed hard from the East, taking a lot of the piss out of the German war machine. The Normandy invasion could have been a turkey-shoot without the Russian effort. It's a shame, that whole Cold War thing...I tend to admire the Russian character. Some of the best musical composers, writers, and painters have come from that harsh land.

To those on the other side who took a stand -

"You did not bear the shame.
You resisted.
You bestowed an eternally vigilant symbol of change
by sacrificing your impassioned lives for freedom, justice and honor."

posted on Jun, 6 2014 @ 12:59 AM
link
My grandfather went ashore with the 69th infantry divison (The Green Howards assault battalion) at gold beach. He served in North Africa, Italy, France, Belgium, Holland and finally Germany. Never talked a word about what he'd seen or done. He joined up in 1923. Soon there won't be any of them left. We should never forget what happened today 70 years ago. It should be drummed into our sons so they respect what our grandfathers did.

If it wasn't for them, they wouldn't be sat in front of the damn PS4 playing call of duty. 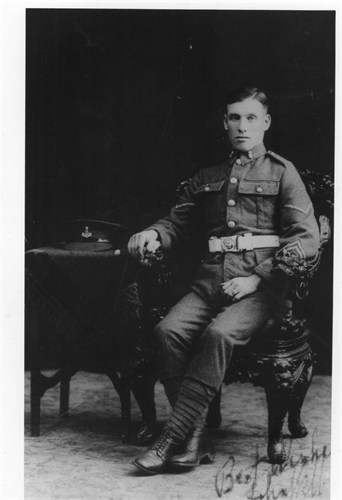 posted on Jun, 6 2014 @ 08:12 AM
link
I find it curious that FoxNews and MSNBC are providing the only live coverage of the 70th anniversary of the D-Day invasions in America. The networks and other news networks aren't.

posted on Jun, 6 2014 @ 08:23 AM
link
I think it's important to remember how young many of them were too. This was emphasised in BBC this morning when they were talking to a surviving veteran who said about the lads who lied about their age to sign up, so that even now some of the graves have the wrong ages on them.

originally posted by: MRM13
I think it's important to remember how young many of them were too. This was emphasised in BBC this morning when they were talking to a surviving veteran who said about the lads who lied about their age to sign up, so that even now some of the graves have the wrong ages on them.


Never was so much owed by so many to so few.
- Winston Churchill

originally posted by: Leonidas
I find it curious that FoxNews and MSNBC are providing the only live coverage of the 70th anniversary of the D-Day invasions in America. The networks and other news networks aren't.

Actually I just saw an article talking about the same thing. Apparently France had ban videos during the ceremonies. The French government just / lifted that ban.


Actually I just saw an article talking about the same thing. Apparently France had ban videos during the ceremonies. The French government just / lifted that ban.

What are you talking about???

posted on Jun, 6 2014 @ 01:01 PM
link
Just watching some documentaries on D-Day. I cannot even fathom the courage it took to run onto a beach straight into machine gun and mortar fire. And to think these soldiers were often barely out of childhood.


originally posted by: MRM13
I think it's important to remember how young many of them were too. This was emphasised in BBC this morning when they were talking to a surviving veteran who said about the lads who lied about their age to sign up, so that even now some of the graves have the wrong ages on them.


Never was so much owed by so many to so few.
- Winston Churchill

Thank you for posting the quote by Winston Churchill.

The quote was actually for the pilots of The Battle Of Britain
However, it is apt also for the invasion forces on 6th June 1944

posted on Jun, 6 2014 @ 01:16 PM
link
Just a staggering feat of bravery, grit and determination.
It never fails to humble me watching the footage, seeing the men talking about their involvement and you can see how vivid and strong their memories are.

I was choked up earlier listening to one man talking about it being chaos and the things he saw and the bodies and the friends he lost and those who never came back.
I've have shed more tears listening to more stories throughout the day.
As soon as these guys start getting emotional it really gets to me, we'll never know the horrors they knew and never fully appreciate the sacrifice they made.

There will never be another set of soldiers that receive unanimous praise, respect & reverence as those of WW2 do.
There are less and less of these guys left every year and soon we will no longer be hearing their experiences directly from them.

We will never forget.


They shall grow not old, as we that are left grow old:
Age shall not weary them, nor the years condemn.
At the going down of the sun and in the morning,
We will remember them.