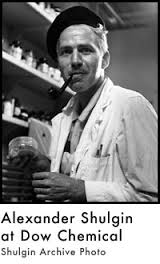 Dr. Shulgin succumbed to the effects of liver cancer at his California farm surrounded by his family and friends he was 88 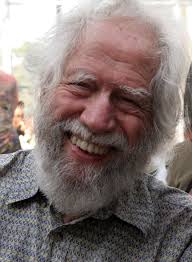 Astonishingly enough this kind grandfatherly looking man bio-assayed and documented the effects of ~230 distinct psychoactive compounds many of which he developed himself.

While I can't condone drug use as it clearly negatively burdens many lives and I've never experienced anything in the realm of Dr. Shulgin's expertise. I find the subject fascinating and I also find his ability to maintain such a scientific approach in the use of chemicals which are deemed by governments the world over as being so harmful they must be outlawed. Quite harmful indeed, after all Shulgin was only able to remain an active pharmacologist and research chemist 'til the age of 84.

(I don't create threads very often but I think I put this in the right forum. Also I did a search for Shulgin and a few derivations thereof and didn't find anything about his passing)
edit on 6/4/2014 by Josephus because: added a note(disclaimer?)

I am saddened by the passing of this influential and in my opinion underestimated wonderful man. Thank you Sasha for your brave journey, and sharing your experiences so that people like myself could be educated and guided on our own paths. I guess you'll have some more answers now I recommend this documentary for those who want greater insight into this man's work and life

A brave and talented scientist, im sure that his research has helped more than its hindered.

posted on Jun, 4 2014 @ 06:29 AM
link
Ooh I didn't know this, I just read it in fact. Apparently in PiHKAL he admits to being an attendee (member?) of Bohemian Grove. Does anyone know whether this was just during his time with Dow Chemical or not?

Ya know it's interesting the description by Alex Jones as to the level of immersion into the Cremation of Care exhibited by the attendees does sound like that of one on any number of entheogens. Perhaps he came to these "retreats" bearing "gifts".

Such things I find disturbing. Using what we call drugs in a process of Idol worship (quite famously of Moloch in this case) lends credence to the notion that the nature of the sorcery (from Greek pharmakeia) condemned in Revelaion is indeed found in such pharmaceuticals. The source of this sorcery is said to be the New Babylon.

posted on Jun, 4 2014 @ 06:48 AM
link
Not sure if this thread will survive, but I must say, he sure as hell did. Lived a long, meaningful life pushing the social norms and boundaries while maintaining a sort of naive inquisitiveness. Scientifically minded through and through. Perhaps its everyone else though, who are gullible, since he demonstrated the human condition can live with a completely open mind, not succumbing to faceless rhetoric and opinions of the day.

Quite an interesting thread! Thank you

I thing Biigs and bowaconstricta summed the guy up perfectly. "BRAVE"

I'm often to scared to eat meals I've tried to prepare for myself. This guy had science on one shoulder and death on the other and managed to reach quite a respectable age in the end. I guess both sides win in the end then, but I'd give that as a victory to science.
edit on 4-6-2014 by Qumulys because: (no reason given)

Well said. It's my opinion that many societal norms are enforced to our detriment in an effort to usurp our birthright of freedom of will; replacing our will without choice with that of those in power. My position may seem incongruous to some because I am a Christian but I maintain an open mind because I truly believe that I freely endeavor (at times unsuccessfully) to replace my will with that of God's. With the heartfelt prayer that my faith can overcome the times when I falter by pondering a hope that the wool has not been pulled over my eyes all the same.

Yes my threads usually have the flight characteristics of the proverbial lead balloon. It's in their nature though as they aren't usually captivating or controversial. Perhaps I should focus on blurry images of random Martian rocks or let Phage explain to me for the 1,000th time what a cosmic ray is. That really reels em in.

Thanks for dropping by though. It's cool to have one of the high rollers stop in.
edit on 6/4/2014 by Josephus because: It's their not there. I.ve hotta fiNd a nEw copy-3ditor.

I cant even begin to describe how educational Pihkal and Tihkal have been for me.

Not Without getting banned away.

An important researcher to be sure but to me the God Father will always be....

If certain compounds improve the human condition, they should be available to be researched. MDMA, psilocybins and one or two others have been beneficial to people with depression, PTSD and addiction in clinical trials. Not 100% proven, but certainly indicative and encouraging. Such readily available, potential aids to improve the human condition shouldn't be kicked out of the discussion because some early-20th Century political or economic judgements need to be upheld in the face of the evidence.

Shulgin has his place in the sub-culture of history and fair play to him. How many more could have made a difference and out of date politics aborted their chances? I'm not talking about Tim Leery or McKenna, I mean genuine scientific advancements in the treatment of people with psychological issues that ruin their lives and screw the lives of their kids and families.

Call me an asshole optimist, but I think things are changing for the better. Let serious researchers follow the science and see where it leads.