PHILADELPHIA — A cross-country fight had to make an unscheduled landing when a service dog pooped twice in the aisle, sickening passengers with the odor.

A couple of baggies put into swift action would have saved a lot of time and ensuing problems.
After all, how long did it take to get the flight diverted, on the ground and unloaded before the situation was resolved? Think about it, it is common for folks to use a bag to pick up their own dogs poop, but evidently no one would touch this pile. Maybe federal regulations cite such a disturbance as a terrorist attempt of some sort, the mess could not be handled without an adequate disposal unit (of some sort) being called and the flight had to land to allow an onboarding of a bus-load of federal investigators?

Yep...some Febreze and some plastic bags would have saved everyone a lot of time and money. The airlines should have a bottle of Febreze in the Stewards' station for dealing with offensive odors. And a box of baggies.

What happened to common sense...

But I only fly once or twice a year so it's no big deal if a flight is delayed by an hour or two to me.

You mean a seeing eye dog! I thought it was some sort of military dog, like a bomb sniffer or guard dog, for some reason offered special treatment because of its service. This makes much more sense now, although I have never heard them called service dogs before in this context.

I think for those who are thinking that this incident could have been handled differently, well, you might be right, but I would ask you to remember the following. The air inside a passenger cabin is rotated all over the passenger area, by the air conditioning systems. This means that the smell will not remain in one place, but be distributed EVERYWHERE. This means that every person on that flight, felt as if a dog had just done a number two right next to their seat. It also means that the smell would have lingered for a significant period, even if the mess had been bagged, because it would have been circulating around the air con system.

Further to that, we cannot say without further detail, that the droppings of this dog were in the familiar solid format that we are used to avoiding on the pavement. If the dog was nervous or suffering gut issues from the flight, for all we know it could have been a wetter, more widely distributed mess, that could conceivably have become one with the carpeting in a rapid, and unfortunate manner.

Wow flight attendants get puke (I doubt they land over humans puking)and all kinds of gag stuff all the time I guess none capable of the 2 mins it would take to cleanup.

We've become a nation of sissies and wimps. 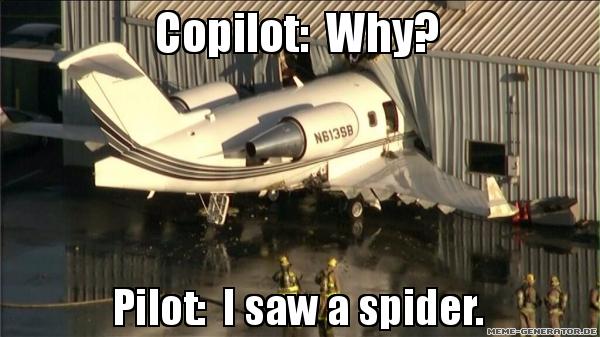 I thought it might have been a damp event.

I dare any one of the people who were suggesting that this could have been handled in the air, to go and sit on a plane that smells like a dog with the runs. Good job opethPA on finding the whole story!

I agree. I understand a handful or so of people complaining about the poo smell. But there should have also been at least a few people with enough backbone to handle a "Dog Poop Situation". I mean come on. Like others have said, get a baggie, pick it up and get it out of there and spray a little scent in the air if needed. But most of all tough it out. If it's not solid, get a wet rag. This isn't a crisis.

posted on May, 31 2014 @ 07:04 PM
link
Better yet, this would make a perfect excuse to drop the oxygen masks and let everyone get a little oxygen buzz on the flight. Throw in a free cocktail and it would have just been a funny story they could tell when they arrive.

posted on Jun, 1 2014 @ 03:02 AM
link
That is absolutely insane. How many of those on the flight had children? How many of those that have children, never had to change their diapers? I have seen and smelled diapers that would curl your nose hairs, bring tears to your eyes, and invoke the dry heaves. It is crazy that folks couldn't put up with a foul smell long enough to land where they needed to.

Are they going to start shutting down entire highways when someone hits a skunk? Will they block off full departments at Wal-Mart when some of the "I never bathe, change my clothes even when I wet/mess myself, my hair is a commercial for Castrol, and my teeth have fur on them" people come to shop?