Swiss scientists say they can prove beyond a doubt that the Lost City of Atlantis was on Mars, and its astronauts traded with ancient Egypt for a significant period of time!
Even more incredible, they claim to have the evidence to show that the legendary King Tut died spectacularly in a space shuttle crash with an alien crew.

Dr. Stephan Weisz says the civilization on Mars was destroyed by a meteor, or they destroyed themselves.
But they left their mark on both Earth and Mars. These Top secret photographs were taken by America’s Martian probes which clearly show the remains of temples on the surface of the planet.

“Egypt’s pyramids and the ability to mummify the human body are definitely the result of technologies that originated not on Earth but someplace else, in this case Mars. It is our belief that the Atlantans traded these technologies to the Egyptians for gold.”


Dr. Weisz and one of his colleagues, Egyptologist Conrad Vetsch, said an Egyptian scroll had been deciphered recently which led them to believe that Atlantis was located on Mars. The scroll describes a technology from an advanced civilization existing beyond our own planet “in the vast, black ocean of space.”
It also suggests that space travel and the use of a small craft was used to carry manlike ETs from a space-bound mother ship to Earth. 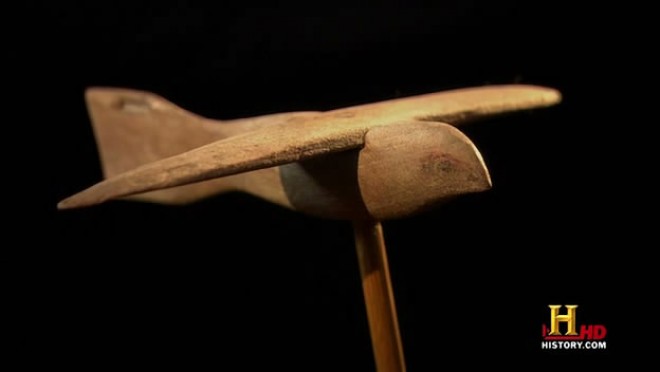 Not everyone attending the conference agreed with the experts’ theories, which begs the questions:
Why were none of these scientists surprised about temples on Mars?
Why did these scientists seem to know of scripts that could prove the interaction of ancient Egypt and aliens?

What else is the scientific elite aware of that we aren't?
Why do they think our history, and things that lead to our ancestry, are none of our concern?
Could it be they think the more secrets they have, the more important they are?

originally posted by: Indigent
This was posted in march

Where is the proof other than maybe Obama is a crazy #ing alien there is no proof!

posted on May, 30 2014 @ 05:56 PM
link
Well, its an astounding, amazing, earthchanging and highly questionable story.

Could it be possible.....sure it can. BUT! Where is the undeniable proof?

Probably just a BS story to drive viewers to the site to increase their ad revenue.

Thats just my opinion. How cool woud it be if it was true though.

Probably just a BS story to drive viewers to the site to increase their ad revenue.

That is the funniest statement I've read in a long time.

posted on May, 30 2014 @ 06:03 PM
link
Cool Sci Fi story Is it true? we will only know once we get space archaeology up and running and we actually put feet on the mars..lol.

Does anyone remember a moon photo which looked like it had an android head on? I havebeen trying to find that pic for ages..

Just found it...I wish I found the one I saw before it was better. 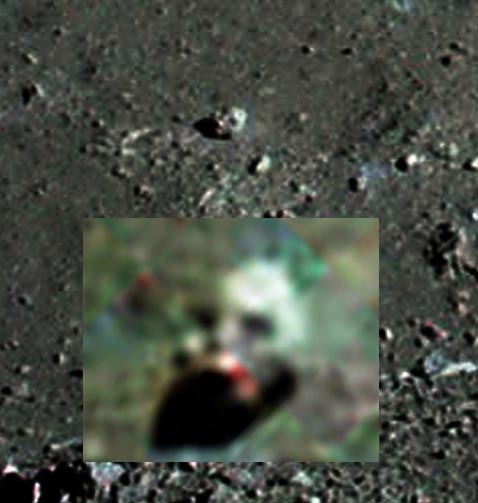 I see no irony there. Only truth.

Make wild claims and post them on social medial and forums, then reap the rewards from all the readers coming and viewing ads.

I can see the irony now....hahhahah guess i had my blinders on.
edit on 5/30/2014 by shaneslaughta because: (no reason given)

posted on May, 30 2014 @ 06:49 PM
link
The goodie on my right shoulder: I may be going out on a limb here (& the reference material is shaky at best) but some of this is reminiscent of 'The Emerald Tablet of Thoth the Atlantean' (Dr. Doreal aka Claude Doggins). Maybe a touch mixed up in timelines but isn't where a bulk of this spawned from? Fascinating (if not ultimately disappointing) read (Doggins was somewhat of a Hubbard wannabe). Then again (the reptilian overlord on my left shoulder), was compelled by this thread by Arken: www.abovetopsecret.com... . Yes, Mars; a mini Earth, way back when (& hasn't NASA just recently dated the atmosphere on Mars to have been prevalent far more recent than originally considered?) IMHO: There's more to Mars than meets the eye but I eagerly await further evidence. Interesting stuff!
edit on 3052014 by JackintheHood because: grammar issues 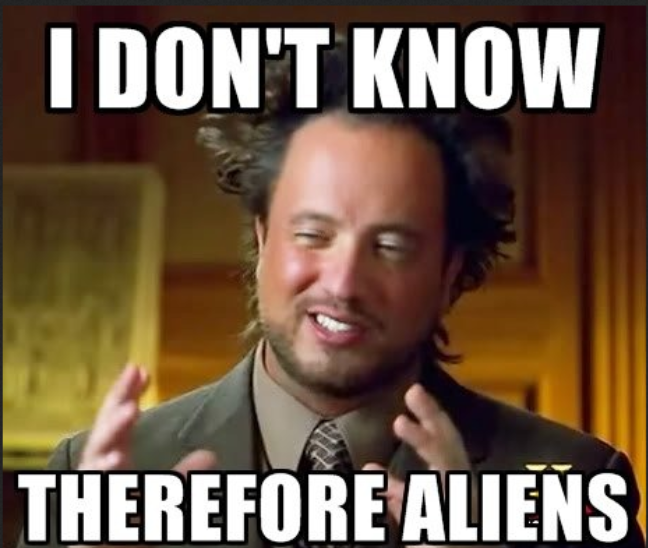 Interesting! I don't think I've seen that photo. Or, maybe my memory is failing me. I can't believe this would be the first time I've seen it.

And then, we also have the cross that was recently discovered on Mars. How the heck did that get there?!

posted on May, 30 2014 @ 07:12 PM
link
gold its always about gold this is not the first time ive heard of aliens and gold only the theory was to build an atmosphere out of gold to reflect the suns rays..

Every time I see this posted I laugh out loud at his hairdo. ROFL!

Build an atmosphere out of gold? do you know how silly that sounds lol there are better reflectors than gold .

posted on May, 30 2014 @ 07:24 PM
link
I believe it was the movie Mission to Mars depicting an ancient race of beings capable of interstellar flight, who left Mars after determining the planet was going to suffer a cataclysmic collision with an asteroid/comet/meteor...

I find this to be utterly absurd...Any race capable of interstellar travel would certainly be capable of altering or destroying an incoming object, regardless of size...

While the proposed theory of trading with the Ancient Egyptians is certainly not interstellar flight, I still believe if they are advanced enough to make this type of trip, an incoming meteorite would be easily dealt with by them...

posted on May, 31 2014 @ 12:52 AM
link
I call BS. We know there is no proof, but at least where are these ancient scrolls that supposedly detail all this? Surely that type of evidence would be released. There is no reason to not make the text and translation available to the public, not to mention for verification. I saw no sources in the article either.

posted on May, 31 2014 @ 07:23 PM
link
do you know how silly this article sounds? but hey i input a thought and it just sounds silly and then you say that thier is better materials then gold but you neglect to share what they are... reply to: boymonkey74

posted on May, 31 2014 @ 09:20 PM
link
Whoa.....what a drastic change from Atlantis being a civilization based on earth which existed thousands of years before ancient Egypt and even before ancient Sumer. Very unexpected twist here.