Greetings squires, from the 8BitOperator.

I'm a fairly long time lurker, who's finally decided to man up and get an account registered (I do that a fair bit with forums).

So, who am I? Well, I like to consider myself a free thinker. An open minded person who is seeking the truth. I've been looking for many years! I don't like the term "conspiracy theorist", it has built up too many negative connotations (mostly a deliberate ploy to ridicule by the media), I much prefer terms, such as, independent researcher. But, in the generalist sense of the term, yes I am a conspiracy theorist. I began to fall down the rabbit hole in 1998 and haven't ventured back out since. Since that time, I have been down many, many different avenues of thought, built my awareness, continuously revised my opinions and assumptions, and researched a bucket load of different theories. Many things that I may have believed back in the early years of my investigation have completely changed now, and will likely change again at some point (in my opinion, a truly open minded person is always able to revise their position in the face of new evidence and/or compelling logical arguments). I now look at the process of "waking up" a lot like the layers of an onion. There are many layers that you need to peel back, and even when you think you've found the centre, you may indeed still be half asleep. But, to cut a long story short that is the basis of my journey.

The event that first 'woke me up', so to speak, was the death of Princess Diana; though I always had inklings about things and quite an open mind anyway. For example, I was always suspicious about JFK and a few other events, but I'd never really read into them or investigated them at all. However, when Diana died, it was like a door opened somewhere and I chose to walk through and start researching these things. It's been a wild ride since then. As I said above, I've been through many changes throughout this, and now I would say that my views and opinions are actually in quite a few cases in stark contrast with the various major "truth" groups out there. I feel very disenfranchised with many of those organisations, and have done for a long time. I am very much an independent now; I speak for myself and tend not to align myself to any single group or follow any particular pundit.

In terms of topics of interest for me (not just conspiracy wise, but I'll start off with those), my main bread and butter subjects are, the Jesuit Order, 9/11, 7/7, Princess Diana, and Synchromysticism to name a few. Other topics not related to conspiracy research that I am hugely interested in are films, video games, lucid dreaming, spiders, music (particularly Electronica), and religion.

I am based in the south east of the UK, and have a background in digital media, film-making, and video editing. I hope to be able to contribute something worthwhile to the discussions here at ATS, and I look forward to spending some time getting to know everyone. Hope you're happy to have me.

Welcome aboard the mothership 8bit. Judging by your intro and non-CT interests we should get along smashingly.

By the by, I'm no squire ser, but a Knight anointed in the eyes of the Old gods and the New.

Sounds like you're gonna fit right in
Just ignore the trolls......and never ever feed them after midnight
*Mwaaahaaahaaa* 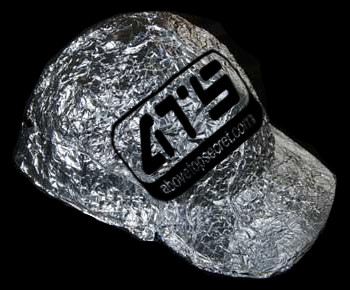 Hope to see ya around the board!!

And if you need help with an avatar, just click onto my sig at the bottom
Any help with the layout, click onto the other link...

Welcome! Since you're already familiar with the site then I'm sure you'll jump right in a share some interesting knowledge with us all.

posted on Apr, 26 2014 @ 11:47 AM
link
Thank you for all kind welcomes. I am looking forward to getting settled in properly. Thanks for the avatar help links, snarky. I will be sure to check those out. And, I definitely plan to do just that, Feisty. Very nice to meet you all.