posted on Apr, 22 2014 @ 04:40 AM
link
Anyone who loves animals, probley has heard about the honey badger, and how bad-ass and punk rock they are.
Extremely intelligent and bold characters, that don't seem to be afraid of anything. 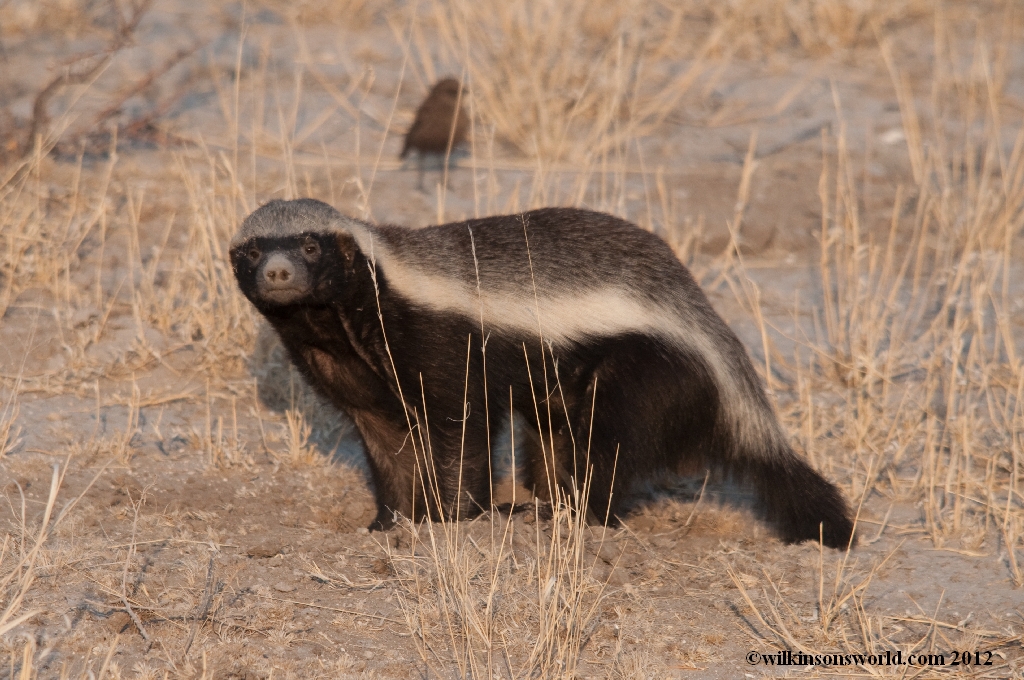 Well this video more then doubles the awesome points for the honey badger. I seriously laughed so hard I cried.

Met Stofel.. A once domesticated badger, whom wasn't able to be released into the wild, so was taken in an animal sanctuary in Kruger National Park.
This guy out wits everyone who tries to keep him in a cage.


where his stubborn nature almost got him killed by a den of resident lions. Keeper Brian “knew he had to get his honey badger under control” and despite the many different designs, locks and materials Brian used, it began to appear that no enclosure would be able to cage the incredibly clever honey badger. 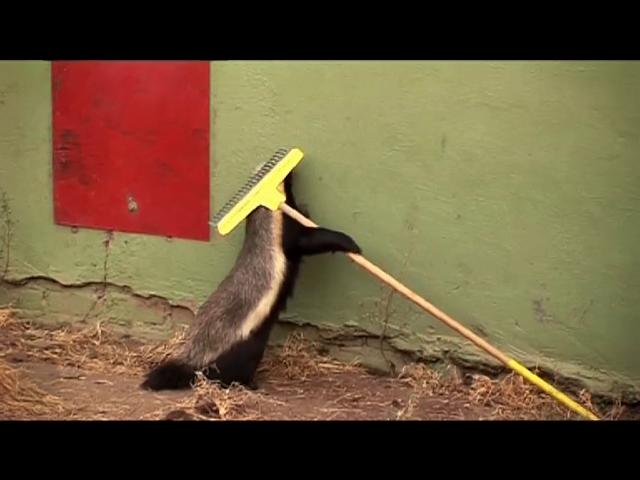 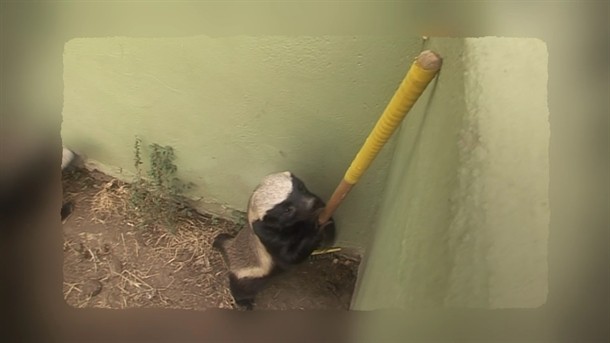 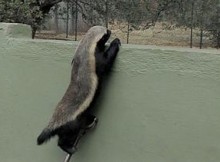 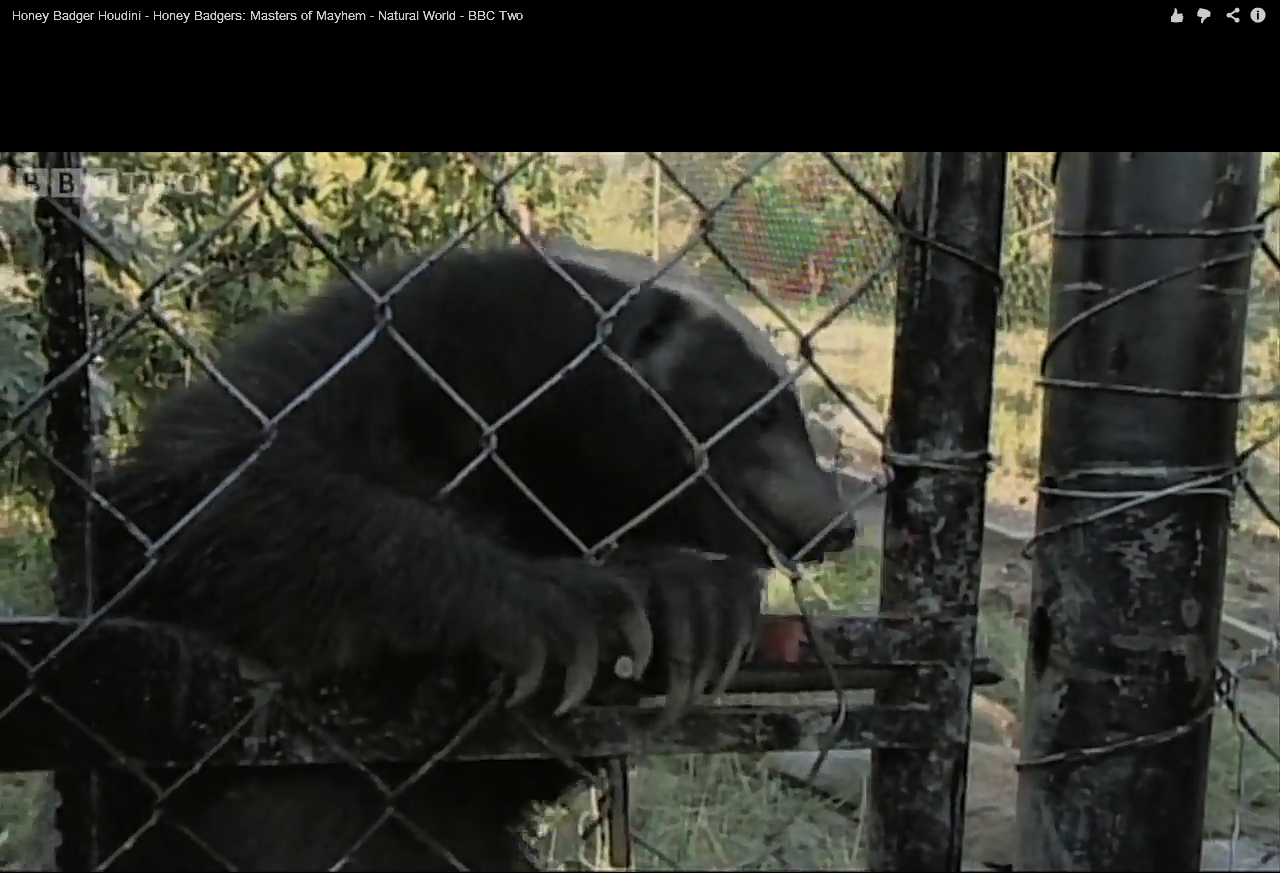 Here is your video


here is another one

And a normal badger

Sweet thanks.. It asks for the video number.. where do you find that??

Sweet thanks.. It asks for the video number.. where do you find that??

The last part of the youtube address - your video's address is
www.youtube.com... so you take the c36UNSoJenI and click it on the youtube icon just above your name when you edit and paste it there

Just one question: is one or are --all-- videos made with the "badgerbadgerbadger"-song?

Just kiddin'! They are

Arghh a snake, a snake, OooOoo it's a snake. lol

posted on Apr, 22 2014 @ 05:44 AM
link
a reply to: hellobruce
gotta give that dog credit for team derailing the badger attack
that nip on the bagers tail was not to wound but to distract


the honey badger dont give a s**t

I'm glad I bookmarked this. That is one ingenious badger!!

Well yeah, but why doesn't the guy just make his badger wall larger - it's barely high enough to stop the thing if it got up on its hind legs (I put these contraptions called shoes on my hind legs, and still they don't weigh me down enough to stop me from escaping my enclosure from time to time). Or put an electric fence on there. And how do they keep catching the badger once it escapes?

posted on Apr, 27 2014 @ 07:57 PM
link
Stofel and his girl friend are escape artists all right, I like how he was like woman climb up there and un bolt that hahahaha that was funny.

lol yeah, and when the guys like "people keep asking me, how did you train him? Train him!? we didn't train him, he keeps out witting us every time!"

I think it's because he already spent so much money on building that, he would have to destroy that enclosure and build another... probley doesn't have the funds to do it.. that and has just given up lol. Cuz I think no matter what type of cage he builds, that badge will find a way out.


I like badgers lol probably in my top 5 favorites for animals this op was out right a riot to watch effin awesome dude!

After watching that, I definitely put them up there in my top favorite, and respected animals.
The intelligence alone gives them mad points, but the fact their so rowdy and mischievous, and for their size f*** S*** up! LOL The punks of the animal kingdom. I love it.