No, because the treaties apply to the total number of warheads, not the types. It doesn't matter if it's a tactical warhead on a JDAM type weapon, or a strategic warhead on an ICBM, it still counts as a warhead.

Now where it gets interesting is that under the latest treaty, the aircraft that carry them count as a warhead, regardless of the number of weapons they carry. So a B-52 counts as one warhead, even though it can carry 8+ individual weapons.

Well, the good news is that acrobat is quick searching a 40mb document. The bad news is... MIRV or even "multiple" appear no where in those endless pages as a word or term. They appeared over and over in START II. Even the summary of it had 9 listings for MIRV. Not a single hit for the abbreviation or parts it represents.

That isn't good... Don't tell me we actually made a new treaty and didn't cover that little point with them. I also doesn't shock me then, we saw Media screaming about START Violations which may not exist after START II. Typical media accuracy these days, eh? "Close enough is good enough....and who'll know the difference anyway?". (sigh)

Are you kidding, this is great for the economy and share holders! Thanks Obama (sincerely...just this time).

The B61 has been under development and carried under different variants for quite a bit longer than any one leader can be considered for..and deployment of this version is out to 2023 and beyond for some aircraft. So... - See more at: www.abovetopsecret.com...

Just a thought...
Could the new B61 warhead be related to NASA's recent asteroid defense initiatives or B612 group? Perhaps these warheads are not designed for use on planet earth but are slated to be used for Earth Defense?

The decision to leave out MIRVs was because of the treaty limiting total warheads. The thinking was that if you limit the warheads, it doesn't matter if they're MIRVs or if they're singles.

I guess that was a total and unmitigated failure of assumption. They spend hundreds of pages defining bomber, warhead, missile and even casing or engine types down to pins and needles. 40mb of no tables, charts or graphics makes for a BIG document...and they just ASSuME'ed the Russians would honor an implied limit. (sigh)

The Trust but Verify doctrine is obviously one Bush and Obama had never heard of, outside a text book or something. I mean... if that's how MIRV wasn't included after it features as actual chapter headers in previous ones? Good Lord... We're in trouble with this bunch of buffoons.

You asked, so I found it. lol... No, this wouldn't do anything in space for defense, outside hitting other satellites or manned orbital craft. It's too small. I did find that for factual reference before coming back tho. After all, it was only in the last few years I became aware of the U.S. and Russia detonating megaton class weapons in low orbit. Crazy stuff..

Carried by U.S. and NATO nuclear-capable bombers and fighter jets, the B61-12 is an upgraded version of the B61, which was designed in 1963. The thermonuclear bomb is guided by an Internal Guidance System and can glide to its target. The B61-12 version has four selectable yields — 0.3, 5, 10 and 50 kilotons — according to the Federation of American Scientists.

50kt would be absolutely no slouch on Earth...but for an asteroid or other object large enough to create a planetary concern? 50kt would make a crater on it's surface and likely fail to even change it's course or speed, IMO.

originally posted by: Wrabbit2000
50kt would be absolutely no slouch on Earth...but for an asteroid or other object large enough to create a planetary concern? 50kt would make a crater on it's surface and likely fail to even change it's course or speed, IMO.

Not to mention the B-61 is a gravity bomb. So good luck getting it to an asteroid.


As for what you said, I agree completely. We're lucky they're limiting it to 3 to a missile, and not a full up MIRV system again.

Oh, OK. I see that. Total nukes is "all encompassing". Makes sense that it would be a F-35/F-22 type flatform for delivery.

You'd need stealth to get close enough for a gravity bomb...what 50 miles at 50K? and still be outside a missile lock from defending sites.

Again guessing, that makes it tactical rather than strategic even if the "caliber" is larger.

What difference does "agreements" make? They both violate their own laws daily...beam me up, Scotty..

originally posted by: greencmp
a reply to: Wrabbit2000

Several hundred millions more are required to integrate the B61-12 on five different aircraft, including Belgian, Dutch, German, Italian and Turkish fighter-bombers. An estimated 480 B61-12 bombs are planned, with first production unit in 2020.

Now wait just a cotton pickin' minute, are we selling these to Turkey?!

No. The weapons remained owned by US, located at a NATO airbase, under NATO command, as they have always been for decades.

So they're basically creating a nuclear bomb drone with kamikaze aspirations.

So what we have here are mini nukes that can be fired by a fighter jet miles away that can takeout a $20bn aircraft carrier and all the supporting ships in the area.

Seems to me we need a new Geneva convention saying how many megatons these fire and forget nuclear rockets can legally be in size before we use any in a limited war just so that both sides can abide by the rules.

Good job Winston Churchill didn't have any because he was the first to start carpet bombing city's after a german bomb got dropped on London by mistake at night.

They're not rockets, they're gravity bombs with a wing kit that lets them glide. It's similar to the JDAM-ER. It's a modular kit that you install on the bomb that unfold when it's released, and allow it to glide a long distance when dropped from high altitude. The JDAM-ER can glide up to 40 miles when released at altitude.

posted on Apr, 21 2014 @ 09:32 AM
link
If all the money spent on weapons of mass murder had been spent on medical,scientific endeavours mankind would be in a much better position today.As we've been more interested in the art of killing I fear we(mankind)will eventually reap what we've sown.

"A previously uncharacterized physical phenomenon” ... huh?? Is that techno-geek speak for it doesn't work right? I'm thinking it is. Oh great.

What THIS is, is that the block 11 added a spin motor to stabilize the weapon against tumbling when dropped at high speeds. That was ok

But then they decided, "Hey, we're delivering this thing as a gravity bomb. What if we added a GPS/inertial nav smart tail to the bomb so we could drop that puppy within 30 meters of a target, without having to drop the weapon perfectly?" And so, a secret vendor not mentioned by anyone ever called Boeing designed just such a thing, and when it was tested, it was found by Sandia that the fins and the spin motor were cancelling each other out, at least partially.

Before they spend $10 Billion on 400 tail kits, they need to iron that part out. BTW, one might spend some money on stock in that unnamed secret development company who's getting the $10 Billion, who one might refer to as Boeing if one so felt inclined.

originally posted by: Sammamishman
a reply to: Bedlam
When you mention "High speeds", what speeds would those be...hmmm? 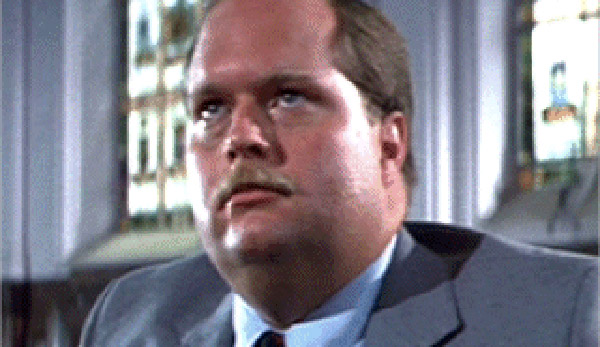 Faster than slow, slower than fast?

originally posted by: Zaphod58
a reply to: Bedlam

Faster than slow, slower than fast?

You might note if you look at the fins, that they are canted to cause spin.

While I have admiration for my Brothers in the Community at Boeing, ah, it helps if the fins point the same way as the spin motor nozzles. Just sayin'.

A few years ago I thought that I may have just escaped the fate of death in war, but as time goes on I'm more and more convinced that its going to happen that way for me no matter how I try to avoid it. Even hitting 40 doesn't seem to be my protection.

I just hit 40 myself. I know how ya feel. This part of life is supposed to be where things are taking shape and maturing toward a comfy retirement. Errr.... Well.. It used to be anyway. Chaos seems more the order of the day now.

I heard they were accepting new recruits over 40 for a period of time at the height of the wars. So, apparently, it's not something totally out of the question.