What Are Reality Ghost Hunting Shows For Now? 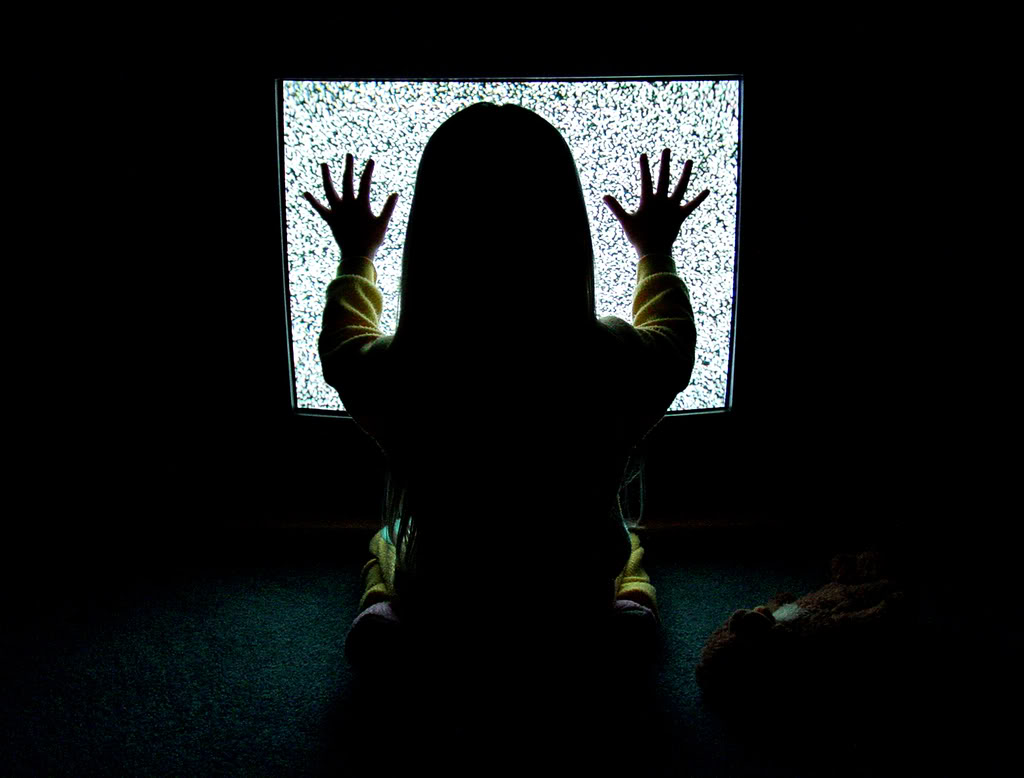 I can remember when I saw Ghost Hunters for the first time. I was riveted, glued to the tv set and couldn't wait until the following week where there would be a whole new place to investigate. But did our prying eyes deceive us all? Did our thirst for evidence create an environment that ultimately led to the destruction of what was already a very controversial subject?

But then things started to change, some top shows started to fall. Anyone with a paranormal group knows that evidence is not always the easiest thing to come by. Much of it has to do with the quality of equipment, which in recent years has also made a huge leap from the past decades. 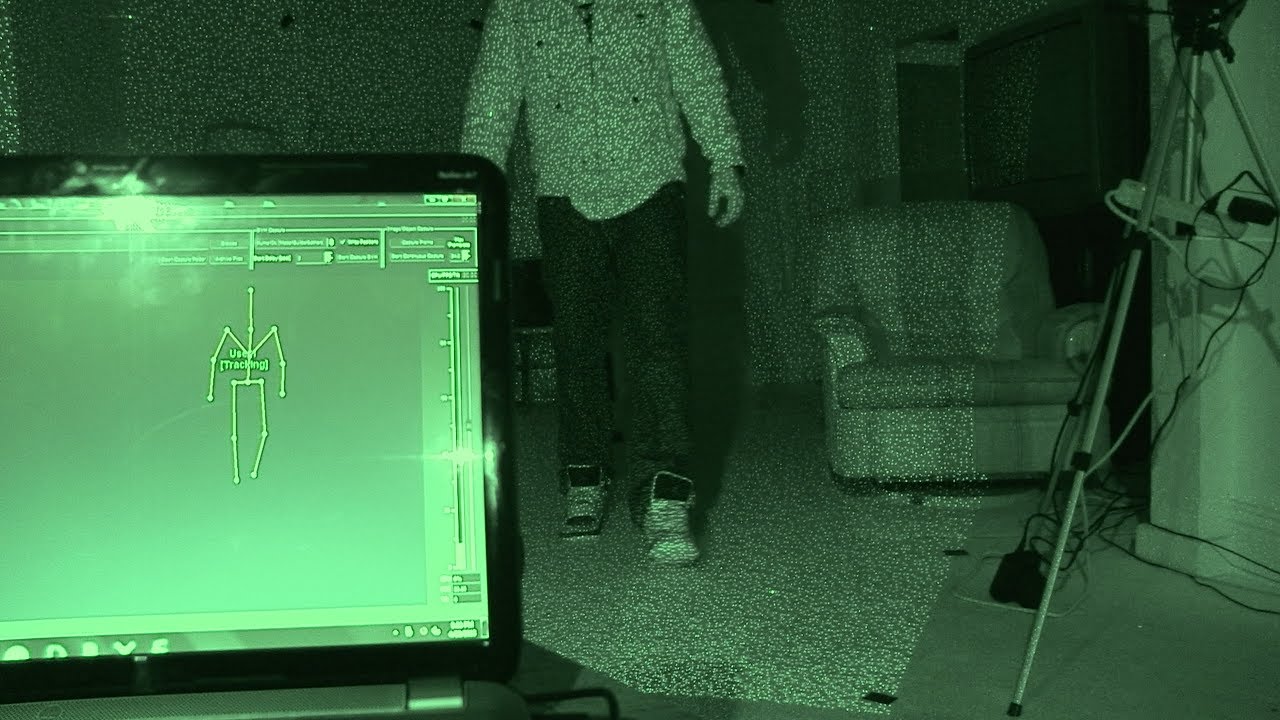 Kinect Ghosts: The Kinect uses InfraRed (IR) technolgy, the same technology that is used by paranormal investigators and ghost hunters. Infrared light is a wavelength of energy that is invisible to the human eye. A common source of this energy is heat. Current theories regarding the makeup of ghosts suggest that they are a form of energy that manifest by drawing energy from matter that produces heat such as humans or electronic devices. IR in turn than detects these elevated levels of heat and they can than be seen on devices that use IR technology, such as the Kinect.


And once the stakes were at there highest it seemed even the strongest couldn't survive the heat:


Even one of my personal favorite shows ever, which was doing exceptionally well, disappeared into the depths of obscurity: (Here is a clip in tribute)

So now, in my opinion, we are left with one, Ghost Adventures!
Is it any coincidence that they started filming their movie in 2004 then it sat around until 2006 when it was picked up and produced as an air-able tv show for Travel Channel. This film would ultimately be used as the pilot to spawn a series? Ghost Hunters started Oct 06, 2004 on SyFy which is owned by NBCUniversal Cable division, a subsidiary of Comcast and a competitor of Travel Channel. It took Ghost Hunters a year or two to become the biggest show on SyFy and a huge commercial success! Part of Ghost Hunters demise was the large number of people they had on and off the set, they lost control. Luckily for Ghost Adventurers there are only three Zak, Nick and Aaron.

Regardless, it is great entertainment and they have some brilliant ideas at times but I can't help feel damaged by all this visual exposure. I am a believer in ghosts. I even caught a photo of one a long time ago: (I can dig out photo if anyone is interested or link doesn't work)
ATS Link: Can anyone explain this picture!
But I still am left more skeptical now then ever, with the shows on tv, not with ghosts! And I can't help but feel these shows all fall into some category or a mixture of them:

A.) Real (documentary)
B.) Exaggerated greatly (entertainment)
C.) To raise awareness (spread the word to galvanize a cause)
D.) Fake (misinformation)
E.) Blatant or flagrant Hoax for money (just that, nothing else)

What do you all think?


I used to watch Ghost Hunters and Ghost Adventures religiously. However, the last season or two, I could care less. Not sure why. Maybe I've grown tired of the repetitive formula of the shows (especially Ghost Hunters). Maybe I've become desensitized to the evidence that they collect. It seems they only have one or two episodes per season that has any interesting evidence anymore.

I think the next step in these shows is to investigate a haunted location for the entire season. That is, have the crew setup camp in a haunted location for about 3-6 months. Cameras, recorders, mics, etc running 24/7. They could make 10-12 episodes from that much time easily. If they can get great evidence at some of these locations after 1-2 nights, imagine what they could collect in weeks or months.

What are reality Ghost Hunting shows for now?

Entertainment. Nothing more, nothing less.


Ghost Mine does this

The book the Warrens wrote for the Snedecker case , Haunting in Connecticut, is actually a pretty intense read. It is called In a Dark Place and last I looked was out of print.

The movie takes a lot of liberties with the story basically creating the ending out of nothing.


I used to buy into Ghost Hunters because so many experiences I had were similar to things they talked about.
However when it came to direct evidence, I lost it here…. Youtube is filled with their "antics".

Afraid I have to pull Zaks covers too. There are plenty of debunk videos there as well. The main stream filters are never going to let the truth out. These "reality shows" are designed to show us a little truth mixed in with a big bunch of BS.


They do. However, they are not in the mine all the time. It's dangerous and they can't access parts of the mine without being accompanied by one of the workers. Even then, they are only in there for a little while. I would like to see someone setup at a large haunted building. Wire the sucker completely. Then the investigators live in the structure for a few months gathering evidence.


I never watched the debunking videos, thank you for that.
I heard a while back he was leaving the show, in my mind I was thinking, why would anyone leave a hit show?
That was the suspicious element that led me to just stop watching. Actually I stopped watching GH in @2010.

Now that I think of it, I should have just watched the debunking videos. I usually don't, but in this case it would have made up my mind in a instant and not over several months of random thoughts on the subject.

posted on Apr, 12 2014 @ 10:58 AM
link
cheap time filling on prime time slots. it cost less to pay joe blow than to pay some one with star power, or a real actor that is good in their craft, the ghost shows just like the rest of the reality shows, pick one covering many subjects, are made to save the network lots of money on production cost, by not paying for all that is involved in a regular show. while they rake in the bucks on running commercials.

the ghost shows of today appeal to the same type mentality that charlatans of long ago did, when they claim they could speak to the dead.

but i must confess that i do and did watch a couple of reality shows, but they are just a little different and have to deal with a subject that i have loved since i was a kid.


I used to love ghost hunters but then it changed.

posted on Apr, 12 2014 @ 11:16 AM
link
I watched at least a episode or two of all the listed television shows above. Destination Truth was the most entertaining IMO.
What I would like to see is a team of serious people investigate. Maybe a two stage process. Set up equipment and leave it for a full night. Then send just the investigators in with a room by room sweep. People that don't scream, run, or exclaim "OH MY GOD!, WHAT THE *****!+...or anything for that matter. There are people that have self control I assume would be willing to do some investigating.
Having known many U.S. Marines that will lay in a swamp full of venomous snakes for days then joke about it....There are people that can conduct themselves correctly.

When and if these people found something that could not be explained I would trust it more than people making jokes and talking constantly. No Special effects or sound effects would be nice. Once they edit and add the entertainment industry standards of fake drama...Nothing they do can be of any use to anyone, might as well watch Here Comes Honey BooBoo.

The same with any bigfoot shows..."new evidence will prove"... right after it is sent off for DNA testing.

I guess the real answer came last week from the Honorable Mr. Jesse Ventura... His show, Conspiracy Theory, was all scripted for entertainment purposes only.

Not too dis him at all as that was truly the most honest answer, but if he did it for profit you really think these other shows are actually interested in finding ghosts?


I went through that same experience with a lot of topics.
Though I have experienced things and in one case taken a picture of something I can't fully understand, it doesn't justify that everything else presented is real.
I look at the whole alien thing the same way now.

In a lot of cases, the ones that know the truth. . . wish they didn't!

I used to watch Ghost Hunters ... but then all the Youtubes came out showing how it can be faked.
And I saw the fake Eastern State Penitentiary where Brian (or someone) ran up and down the hall
with a blanket on their head in the dark. So I turned that one off.


I like Paranormal witness too.
I like a lot of these types of shows in general but as for believing it all, that just seemed to fade away.

Still in all one of my favorites is:


stay tuned in 2016: when GHOST HUNTING meets ANCIENT ALIENS
i can't help but wonder what happens when a bunch of idiots finally gets what they've been looking for?


I heard Dead Files was attracting attention from a new audience: