posted on Apr, 1 2014 @ 12:51 AM
link
Jeff Sessions is rubbing the Obama Administration and saying the DHS is in some kind of disarray.

He's saying some illegal aliens that have criminal records are actually being released without too much trouble !!!

He is calling for the DHS Secretary Jeh Johnson to stand up to the President and tell him we need to enforce the laws not bypass selectively.

Harsh words and maybe called for in these difficult times we are facing.

It seems there are discrepancies in some of the DHS reports and some people have accused the DHS of cook'n the books.

Lots of controversy with this important and sensitive issue.

U.S. Sen. Jeff Sessions (R-AL), a senior member of the Senate Judiciary Committee and Ranking Member of the Senate Budget Committee, reacted today to a new Department of Homeland Security (DHS) document showing that tens of thousands of convicted criminal aliens were freed by ICE last year into the U.S., as well as the presence of nearly one million individuals in the U.S. ordered removed by authorities who remain unlawfully in the country.

Sen. Sessions says that DHS Sec. Johnson should stand up to Pres. Obama's pro-amnesty policies and tell the president that immigration laws must be enforced: .......................

'DHS Is a Department in Crisis'

This is how far we have fallen people......... politicians are concerned illegal aliens have criminal records...........If you can not find the irony in this your lost.

Hmm......I have a idea why not pull the business permits and add long jail terms for anyone who hires an illegal........PROBLEM SOLVED. It would end this problem overnight and all the so called wannabe Americans would vanish like a fart in the winds of justice.


'DHS is a Department in crisis'


One could also say that 'This Administration is in Crisis'.........just saying
Each alphabet agency leads back to one person and it just happens to be on Obama's watch


America is hosed until we remove all these criminals, in and out of government.


You are 100% correct until this is seen as a crime and the people offending criminals nothing will change.

posted on Apr, 1 2014 @ 01:21 AM
link
Probably because its the businesses who want illegals here. Both sides know that by now.

Youd have an easier time saying (like other people have half jokingly) might as well annex Mexico.

What folks on the news have said roughly (if I understood it correctly based on halfass paying attention while munching on doritos) is that its likely looking at "crime severity" No? For example you're not going to release a murderer, rapist. terrorist. (Heavier type criminals) However, piddly nothing "crimes" you'd just be wasting money on incarceration or "holding" on a fixed budget. They probably haven't done much wrong either Id assume. (Youd need to review records which Im assuming someone did prior) else they'd still be in jail.

I would suggest the governors in southern states get this fairly well. Immigrants dont speak the language, dont normally know the laws ect. So you either deport or get them in the system- look at severity and whichever policies or "laws" all those states and federal choose to pursue.

I would guess though Mr. Sessions (and others) might review how much the country saves by going that route as opposed to just warehousing. Warehousing for mostly nothing, seriously. waste of money time and resources all of which affect taxation.

That said, it is very likely that if you speak about incarceration, you also speak to welfare. In that sense you either again deport or get them into being here legally. Sort of a continous loop none of you can really solve, but you can save money on.

posted on Apr, 1 2014 @ 01:23 AM
link
Well, the solution is obviously to create another agency to fix the DHS.
Wait.. wasn't the DHS created to fix the FBI, CIA and something else?

That's as bad as CA. Dem. Senator that pushed anti-gun legislation only to be caught gun trafficking... 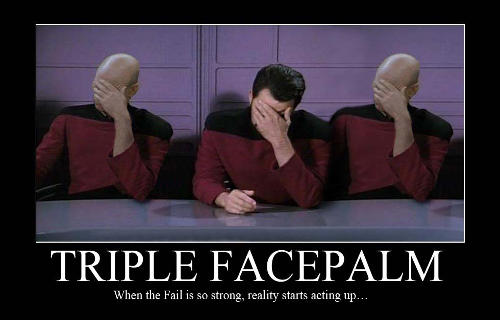 Hypocrites.....every damn one of them


Well, if you make them legal then they have to be paid minimum wage. Thats another thing.

Today I'll bet I have a better chance at a low wage job (by saying during an interview) I have a g.e.d and no college.

People who hire janitors dont need computer science majors because they cant pay them; and you dont need to know c++ or java to push a broom.

Curious as to how that works when employers need someone to pick oranges.
edit on 1-4-2014 by Nephalim because: (no reason given)


It is all becoming one big free for all and grab for all with access. There has been a built up over the years...over the decades of how the corruption game is played. Too many player and too many interests.. If there is nobody to stand up and with the authority to grind it to a halt the consequences will be horrific. Worst case senario somebody pushing a big red final button.
edit on 1/4/2014 by zatara because: (no reason given)


According to your source Sen. Jeff Sessions seems to be getting his information from a report by the Center for Immigration Studies.
Interior immigration enforcement in 2013

However there are issues with the report.

From the American Immigration Council.....

“A new report from the Center for Immigration Studies (CIS) makes a range of false claims about deportation data. First their claim that out of 722,000 “potentially deportable aliens” encountered by Immigration and Customs Enforcement only 195,000 were charged is completely misleading. As a result of dragnet programs like Secure Communities, any foreign-born individual that that comes into contact with law-enforcement likely falls into 722,000 number cited by CIS. Thus, this number includes immigrants (including long time permanent residents) whose interaction with law enforcement was so minor that they are not even legally subject to removal. In fact, that data likely includes U.S. citizens as well. CIS is essentially asserting that a legal-permanent resident or a recently naturalized citizen with a broken tail light should be charged by ICE and removed from the country although there is no basis in law for such action. “Second, the claim that only 195,000 were charged by ICE is completely misleading. Sadly, it isn’t necessary to be “charged” by ICE in order to be removed from the country. For instance, this “charged” number does not include the 159,624 people who were removed based on the reinstatement of a prior removal order or the 23,455 that were voluntarily returned to their country of birth. And, the number likely does not include the additional 101,000 that were removed from the U.S. based on an expedited removal order, where they were summarily removed without ever having a chance to take their case before a judge or receive any meaningful due process. “Furthermore, the report claims ICE “released” 68,000 “criminal aliens” yet fails to explain that being released is not the equivalent of being set-free. Being released from ICE custody often means being issued a notice to appear in court, released with an ankle bracelet or released under an order of supervision. These details were conveniently left out of the CIS analysis. Understanding deportation data is important in the current debate over immigration reform. However, reports full of false and misleading data do nothing to move the discussion forward and pave the way for further polarization and inaction.”

Was the Senator unaware of the misleading information in the report by the CIS?

Or is this just another case of Right Wing Race Baiting?

posted on Apr, 1 2014 @ 11:13 AM
link
The DHS is a department in crisis well there is some good news for the day. The Americans version of the Nazi SS should be shut down anyway.

And since it was created there are NOW MORE illegals in this country than ever before.

Something is rotten in Denmark there.

Someone needs to stand up to the current regime from modor.

And to enforce the law.

They sure the hell are not going to do it.


Its usually always about money B. /shrug hard truth. I dont know that demonizing the ag sector is a good idea.
whether those in agribusiness determine that they can make more or save more money paying an individual by the pound or the pick, or via minimum wage.... not up to me. Some might say its up to the individual what terms they decide they would work for. But the ag industry is vulnerable just like everyone else, some might say more so to weather and labor. Lots of different things like weights and measures. Congress knows that fairly well.

At the same time you have rights, labor laws and immigration laws and national demands to meet. You all have to eat. We also know that if you deport all those hands, those crops will go to waste because no one will come to fill. Prices would likely rise.
edit on 1-4-2014 by Nephalim because: (no reason given)

buster2010
The DHS is a department in crisis well there is some good news for the day. The Americans version of the Nazi SS should be shut down anyway.

"Guillen-Martinez reportedly molested a 10-year-old girl and recorded hundreds of images, including videos of the abuse.

Bump was found stabbed to death on a trail at the Northwest Side park at about 5:39 p.m. on Dec. 31.
Perpetrator: Christian Ivan Bautista was also arrested in 2007 for aggravated robbery and two counts of possession of marijuana. He later pleaded no contest to the charges."

There are 30 pages of preventable deaths of our American citizens.
edit on 1-4-2014 by Night Star because: (no reason given)

You are taking the minority population, focusing on their statistics and them alone when the majority once again goes ignored.

Feel free to look mine up. Multiracial. lowest crime rate ever. woot. We should get some recognition for awesomeness.
/bragging rights nurEyE