As part of its plan to reduce U.S. greenhouse gas emissions, the Obama administration is targeting the dairy industry to reduce methane emissions in their operations

Them dairy cows are killing the planet!

They must be regulated!

So get ready for higher milk,butter, and bread prices. That is going to make them more expensive.

If people really wanted to 'save the planet' they would 'ban' the hot air of the church of climatology.


“Cows emit a massive amount of methane through belching, with a lesser amount through flatulence,” according to How Stuff Works. Read more: dailycaller.com...

Someday soon we are going to be 'regulated' to save the planet.

We already are, but it is only going to get worse.


I don't see where it says that. Can you point it out?

What the fact sheet actually says is this:


Agriculture: In June, in partnership with the dairy industry, the USDA, EPA and DOE will jointly release a “Biogas Roadmap” outlining voluntary strategies to accelerate adoption of methane digesters and other cost-effective technologies to reduce U.S. dairy sector greenhouse gas emissions by 25 percent by 2020.

Don't see anything about regulation or flatulence. But it does make an amusing, if inaccurate, headline.


It's only a matter of time before they regulate the air we breathe, the rain that falls, the sun that shines, all in the name of the new religion of Global-Climate-Change-Warming-Cooling-It-Might-Rain-Later-Or-Not.

Don't see anything about regulation or flatulence. But it does make an amusing, if inaccurate, headline. - See more at: www.abovetopsecret.com...

So there Phage how does something get reduced in this country?

The climate agenda is all about REGULATION.

From the link in the article:

With an all-of-the-above approach to develop homegrown energy and steady, responsible steps to cut carbon pollution, we can protect our kids’ health and begin to slow the effects of climate change so we leave a cleaner, more stable environment for future generations. That’s why last June, President Obama issued a broad-based Climate Action Plan, announcing a series of executive actions to reduce carbon pollution, prepare the U.S. for the impacts of climate change, and lead international efforts to address global climate change. Since June, the Administration has made substantial progress in meeting the ambitious goals laid out in the Climate Action Plan in a way that advances our economy, our environment, and public health. In just the last few months:

That deserves it's own thread.

So there Phage how does something get reduced in this country?

Yup. Pollution has been reduced a great deal by regulation but manure digesters accomplish a reduction in reduced methane emissions by using the methane to produce electricity. But I guess you missed that part about voluntary.

I admit it. I worry about my daughter's future. Shame on me.


It's only a matter of time before they regulate the air we breathe, the rain that falls, the sun that shines, all in the name of the new religion of Global-Climate-Change-Warming-Cooling-It-Might-Rain-Later-Or-Not.

They already do via 'clean air act' that just redistributed pollution to other countries.

Yup. Pollution has been reduced a great deal by regulation but manure digesters accomplish a reduction in reduced methane emissions by using the methane to produce electricity. - See more at: www.abovetopsecret.com...

No it hasn't Phage.


"OK, I've sabotaged their transportation but, we gotta go now so follow me, we've been made!!!" 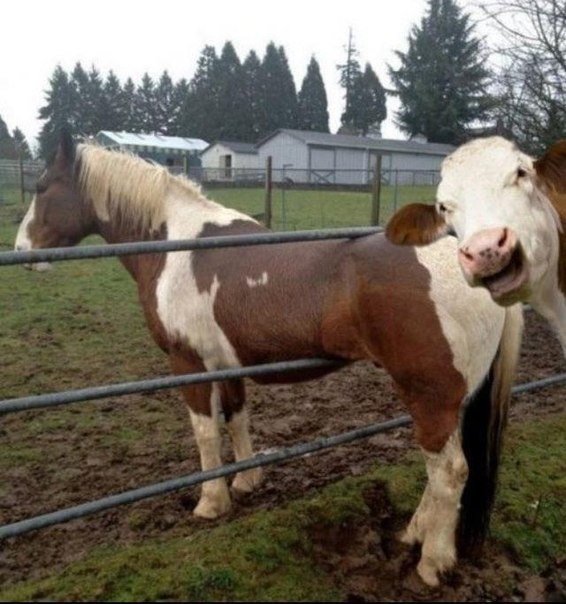 What? Pretty hard to parse that statement. Are you saying that pollution regulation doesn't work? I guess Lake Erie would have just cleaned itself up. China would do well to work harder on cleaning up their house.

But hey now 'pollution has been reduced! '

What? Pretty hard to parse that statement. Are you saying that pollution regulation doesn't work? - See more at: www.abovetopsecret.com...

No it doesn't work because the US government no matter what they think doesn't control the world.

What it does it run business out of this country.

And it creates this:regulation 'works' !


And it creates this:regulation 'works' !


I see. China's boom is because of US pollution regulation.
Gee. Bejing looks nice. I wish my city looked like that.

posted on Mar, 29 2014 @ 12:25 PM
link
There is also a vast amount of Petrol emissions associated with feeding livestock and bringing them to market. Methane emissions are only a small part of the problem.
Also, people need to start waking up about the global sustainability of their local diets..

This just sounds like one big game of he who smelt it dealt it.

I see. China's boom is because of US pollution regulation. - See more at: www.abovetopsecret.com...

Because the simple fact it is cheaper to do business in other countries than it is here.

'Pollution' regulation is nothing more than the same dogma Americans have been hearing for over 100 years.

'Them GD evil corporations are always trying to rip people off, and kill them'.

Climate Change is nothing more than put lipstick on the same old pig of anti corporate hacktavism.


Methane emissions are only a small part of the problem

True. But methane is a much stronger greenhouse gas than CO2. In capturing and burning methane for power, both are reduced.


Hmm, this might be a business oportunity, cow bung sized cork's.
Seriously though it was only a matter of time before some government somewere in the world made this step, next a waste tax as well as a cost for your own personal waste and it's methane production rate followed by a carbon dioxide respiration tax for the air you use.
Rather than fracking and both polluting the ground water and releasing ground level gas in some rich guy's make quick money by trashing the planet scheme, why don't they use this waste more effectively if it is really that bad as if these cattle are releasing as much gas as they claim then surely it could be harvested, Oh that would mean investing (in biological energy production and specialist bacteria tailored to maximise methane production - every polymer you have ever used can be made from this stuff) not ripping people off though.

Because the simple fact it is cheaper to do business in other countries than it is here.

I see. I guess that's strictly because of pollution regulation. Nothing to do with other production costs, like labor.

Right, pollution is good for business so it's good for America. Gee. Bejing looks like a nice place to live. Doesn't it?


For centuries the farmer used cattle waste as fertilizer, but still has to be within EPA compliance.

For centuries the farmer also recaptured the methane emissions by using bio digestors, that still has to be within EPA compliance.

That 'compliance' is out of reach for millions of farmers around the world simply because they can't afford the added cost 'compliance' costs them.


Right, pollution is good for business so it's good for America. Gee. Bejing looks like a nice place to live. Doesn't it?

Yeah well looking around this country is sure the EFF is not a nice place to live.

Milions of people out of work, working part time, buying all that 'must have stuff' STILL MADE BY FOSSIL FUELS from other countries.

Because the GD neocons want their way.

Forgive me for thinking the US government has no 'moral' authority when it comes to 'saving the planet' since they have time, and time again abused the power they have given themselves.

Menchen called it decades ago.


The American of today, in fact, probably enjoys less personal liberty than any other man of Christendom, and even his political liberty is fast succumbing to the new dogma that certain theories of government are virtuous and lawful, and others abhorrent and felonious. Laws limiting the radius of his free activity multiply year by year: It is now practically impossible for him to exhibit anything describable as genuine individuality, either in action or in thought, without running afoul of some harsh and unintelligible penalty. It would surprise no impartial observer if the motto “In God we trust” were one day expunged from the coins of the republic by the Junkers at Washington, and the far more appropriate word, “verboten,” substituted. Nor would it astound any save the most romantic if, at the same time, the goddess of liberty were taken off the silver dollars to make room for a bas-relief of a policeman in a spiked helmet. Moreover, this gradual (and, of late, rapidly progressive) decay of freedom goes almost without challenge; the American has grown so accustomed to the denial of his constitutional rights and to the minute regulation of his conduct by swarms of spies, letter-openers, informers and agents provocateurs that he no longer makes any serious protest. The American Credo: A Contribution toward the Interpretation of the National Mind (1920)

When fascism comes to America it wil be wrapped in the gleeful cheers of we must give up the little freedoms we have left, under the false delusion it's to 'save the planet'.

Yup. Pollution has been reduced a great deal by regulation but manure digesters accomplish a reduction in reduced methane emissions by using the methane to produce electricity. - See more at: www.abovetopsecret.com...

No it hasn't Phage.

Yes it has, just because you have a political agenda, does not mean that everything that defies your agenda is fruitless.
When I was a kid in the 80's here in the US, some weeks I was not allowed to run at school for PE because you could SEE the air pollution on the sport field. Today the kids at that same school do NOT have to have their exercise routine impacted by air pollution, that is a marked change for the better.

And I think your points, miss the point. In the case of air pollution, you act as if regulation is simply done for fun or to hurt corporations. But the fact of the matter is, the regulation was put into place because pollution is BAD for HUMANS. Based upon what I've read, you very often seem to only be concerned with short term economics and you turn your nose up at the other concerns that drive the issue. The fact of the matter is, cancer, birth defects and all the other impacts of pollution DO INCUR COST to society. Great economic cost, as well as the cost of human suffering. If you and the majority of conservatives would ever bother to scratch the surface, you might see that your interpretation is one of many, and often times it is option that serves to protect monied interests that depend on a blind eye to continue on. YOU are that blind eye my friend.

Some toxic air pollutants are of concern because they degrade slowly or not at all, as in the case of metals such as mercury or lead. These persistent air toxics can remain in the environment for a long time and can be transported great distances. Toxic air pollutants, like mercury or polychlorinated biphenyls, deposited onto soil or into lakes and streams persist and bioaccumulate in the environment. They can affect living systems and food chains, and eventually affect people when they eat contaminated food. This can be particularly important for American Indians or other communities where cultural practices or subsistence life styles are prevalent.

The majority of air toxics come from manmade sources, such as factory smokestack emissions and motor vehicle exhaust.

Do you guys consider the economic cost of trying to deal with a global sea rise??? Or how about the laundry list of issues that will spring up as a result?

And I think your points, miss the point.

I agree some people have missed the point.

The problem is people are thinking the 'cure' is better than the 'disease'.

And it isn't it's infinitely worse.