Is patent ownership the real reason behind the Malaysian flight mystery?

I thought it was surprising and odd how the head of the CIA commented about this case last week, even though they are involved obviously with CT work they loathe publicity and usually leave PR about such things to the FBI.

If a patent holder dies, then the remaining holders equally share the dividends of the deceased if not disputed in a will. If 4 of the 5 dies, then the remaining 1 Patent holder gets 100% of the wealth of the patent.
That remaining live Patent holder is Freescale Semiconductor.
Who owns Freescale Semiconductor ??
Jacob Rothschild through Blackstone who owns Freescale.
Here is your motive for the missing Beijing plane.
As all 4 Chinese members of the Patent were passengers on the missing plane.
Patent holders can alter the proceeds legally by passing wealth to their heirs. However, they cannot do so until the Patent is approved. So when the plane went missing, the patent had not been approved.
Thus, Rothschild gets 100% of Patent once Patent holders declared deceased

DogMeat
WOW..
Did not know this and as crazy as it sounds....
This would not be a far reach for the ruling/controling family of the world.

Of course we never hear the truth from the controlled media. The site linked stated they were looking for more proof and I will post it on this thread as it becomes available. 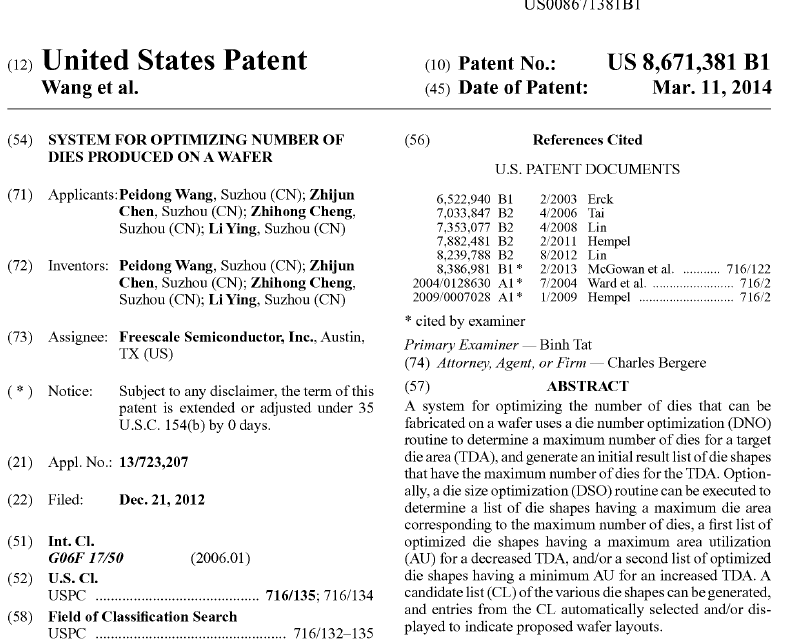 posted on Mar, 15 2014 @ 01:14 PM
link
Kidnapping/killing everyone on a plane seems a bit extreme over a fairly mudane patent?

posted on Mar, 15 2014 @ 01:15 PM
link
This is a story that has been in Hollywood for decades.....if you want to steal something and get away with it, make them think it is dead or destroyed.......again, the powers are taking scripts from the experts and implementing it to get what they want.....I'm positive that the plane was taken for whatever(this or something else) was on the plane, it was remotely commandeered to ensure no one on the plane could fight it, offload somewhere, and will 'appear' as wreckage somewhere else.....the end result, they will have what they want and we will say, 'awww, there's the wreckage, just off course, all the crazy conspiracies are bunk......carry on sheeple'

posted on Mar, 15 2014 @ 01:16 PM
link
Another interesting thing is that the photos of the "two Iranians" upon closer look seem to be heavily doctored and really the same person: 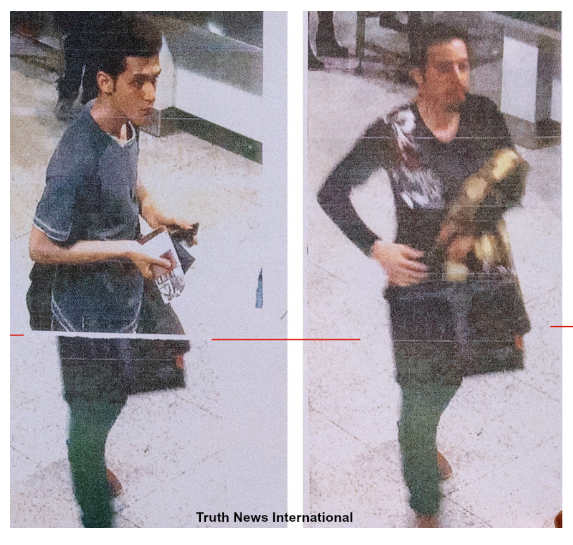 Who knows, maybe I'm just a pawn also disseminating false info unknowingly............but this story is getting weirder by the second.

It's obviously not for the money, so this patent must be huge. I wonder what nefarious thing will be made with it now that he has complete control over it.

AndyMayhew
Kidnapping/killing everyone on a plane seems a bit extreme over a fairly mudane patent?

posted on Mar, 15 2014 @ 01:26 PM
link
the article you linked says the chinese patent holders were not on the plane:
bold emphasis for your ease of reading


The names listed on the patent, i.e. Wang Peidong, Chen Zhijun, Cheng Zhihong and Ying Li are the same as in the online message.However, according to the March 8, 2014, passenger manifest(original) of Malaysia Airlines flight 370 these persons were not on that plane. If they were then their names are not listed.


Since the article just says blackstone, and doesn't indicate which group it is that owns this company, we can do a little searching on our own.

To make life easy, here's the blackstone group's advisory board:
ir.blackstone.com...
no rothschild there.


Now, the bloomberg article that's referenced is referring to Blackstone Group, the publicly traded entity that is first in my advisory board links.

It's a publicly traded entity so anyone with some money can go buy units in the L.P. Is there a rothschild owner? Probably. Also some Smith's, McKinleys, Jacksons, Hongs, Sakamotos, Bickleys etc.


I'm not sure what the author of that bit of tripe is trying to do but, in a nutshell, his article says that 5 chinese men are listed on a patent and they ARE NOT on the missing flight and, therefore, they are probably alive and well, and ...BIG FREAKING LEAP HERE... this is a rothschild plot to take over the patent.

posted on Mar, 15 2014 @ 01:30 PM
link
Well when you start attaching names like rothschild things get interesting...
I'd say it is a good theory, but if the end game was just to get those 4 people out of the way then why not just crash the plane so the deaths are registered quickly?
What is the gain with the current situation where signs are pointing to the plane possibly still being intact?
edit on thSat, 15 Mar 2014 13:31:50 -0500America/Chicago320145080 by Sremmos80 because: (no reason given)


very interesting indeed, maybe if we look into more of the passengers on that flight there will be a heap of people that had something, i guess what i am saying is the plane could of been a bulk offer of certain people to be ''taken out'' all in one go and remove a lot of problems through 1 incident.
just an idea.

As you can see, it is not terribly uncommon for this company to be awarded patents.

Furthermore, while I don't claim to be an expert, I think the patent in question is just about manufacture efficiency. Like if a sawmill optimized the amount of lumber they could get out of one log, for example.

I don't think it's a game-changer by any means.

Mr. Widmore in the hatch with a polar bear.


Thanks for the quick research, I guess that closes the case on this one, right?

I mean, it was a heckuva story.


pretty much but I expect we'll continue to get people posting about how these 5 missing patent owners were on the plane and the plane was taken out by someone not associated with the blackstone group.


Tell a lie enough and people will start to believe it.

Post a lie on the internet and it becomes Gospel.

Put that lie on ATS and you get over a 100 stars and flags!