Alien base in Crimea reason behind Russian invasion of Ukraine?

posted on Mar, 2 2014 @ 05:47 AM
link
There's a documentary called 'Men In Black Russian Documentary' where a Ukrainian woman (Anastasia Erteminka) claims to have been taken by grey aliens to a base hidden in a mountain, around the area of Crimea. Starts about her at 10:22 to 13:18

This is complete speculation on my part. However, if there's some connection then maybe, just maybe the Russian invasion is over trying to find the alien bases?


I believe that many "grey" stories are in fact secret societies who do the abductions and try to pass themselves as "aliens" so to escape prosecution. That being, said, you could be right, there's a probability that there's a strong link. Thanks for the post! S&F

posted on Mar, 2 2014 @ 06:00 AM
link
Its as good a reason to go to war as any ,i guess
Wars have started over things that may or may not be there, before
A grand plan indeed. Almost foolproof! almost 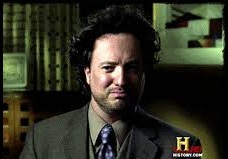 Even Giorgio thinks that's a stretch.

You never know though, could always be a possibility. S&F for an out of the box theory though. I mean, that's what most of us are here for right?


Sorry but no Aliens just politics behind the goings on in the Ukraine.

Stay on topic. The mocking and trolling stops now.

posted on Mar, 2 2014 @ 07:49 AM
link
This action by Putin is political and about Moscow
losing control of the Ukraine now that the Moscow controlled
puppet president has been removed. Putin is bullying the Ukraine.
Pure and simple. Obama talked with Puty for 90 mins but apparently
to no avail (although who knows what was discussed and agreed or not).
This action is no surprise following their support for Syria and Puty's
general attitude in recent times.
The question is will it escalate? And my view is, Moscow would not have
ok'd this if they didnt expect it to do so.

The Ukranians will fight to retain its independance from Moscow and
Putin will know this!

RP2SticksOfDynamite
This action by Putin is political and about Moscow
losing control of the Ukraine now that the Moscow controlled
puppet president ......


Can somebody please tell Mr. Putin to come here to Central Europe and "forcibly" remove some of these worthless American-put-pussy-puppets that we have for politicians. It would be good riddance.

Ah, the irony of world politics ... they're only puppets if Putin put them in, not if Mr.American anti-Europe put them in ... ahhh, if only Europe would wake up to facts before they're surrounded by weapons of mass destruction on all sides. That of course weren't distributed by Americans, and nobody knows how the material and know how got distributed to them all ... we were all too busy looking for weapons of mass destruction under Saddam's bed, and for Obama bin Ladin's magic carpet in Afghanistan ... ohhhh the sleight of hand of magicians ..

posted on Mar, 2 2014 @ 09:37 AM
link
There's always been speculation about underground alien bases, like Area 51. Who's to say these bases aren't all over the planet ? Coincidentally, disclosure appears to be taking place via MSM programming that aliens exist, created us, have resided on this planet a long time and, uhm, have secret deals with governments.

An Alien March Madness: Is There Life in Space?

posted on Mar, 2 2014 @ 09:52 AM
link
There is always an alien tag to these situations.
I once read that Saddam had alien tech, like one hand weapon and had used it on an abrahms tank once, the tank had this tiny hole on the side of its reactive armor, and it went all the way through....
Nobody really knows, but if anything of such were true, it'll be hard pressed to expose it, I mean come on, war an politics, its the perfect cover up, who'd believe?
Not saying its true, not saying its not.
Ukraine sure has a lot of resources, but an alien base full of alien tech bonanza would also be a tempting target too wouldn't you guys agree?

Could all of this not just be a distraction from something else??

It all doesnt add up.
Then theres recent news of a tidal surge california.

Sorry but no Aliens just politics behind the goings on in the Ukraine.


Aliens ARE politics, buddy. And it’s hard to believe you really missed that ...