According to new reporting this evening from ProPublica, the man suspected of murdering 19 year-old University of Pennsylvania student Blaze Bernstein, a 20 year-old former high school classmate, is an avowed neo-Nazi and member of a group linked to four other murders and a terrorist plot against a Florida nuclear power plant.

Now, three people with detailed knowledge of Woodward’s recent past have been able to shed more light on the young man’s extremist activities. They said Woodward was a member of the Atomwaffen Division, an armed Fascist group with the ultimate aim of overthrowing the U.S. government through the use of terrorism and guerrilla warfare.

Woodward joined the organization in early 2016 and later traveled to Texas to attend Atomwaffen meetings and a three-day training camp, which involved instruction in firearms, hand-to-hand combat, camping and survival skills, the former member said. ProPublica has obtained photographs of Woodward at an outdoor Atomwaffen meeting in the scrubby Texas countryside. One of the photos depicts Woodward and other members making straight-armed Nazi salutes while wearing skull masks. In other pictures, Woodward is unmasked and easily identifiable.

Social media posts and chat logs shared by Woodward’s friends show that he openly described himself as a “National Socialist” or Nazi. He “was as anti-Semitic as you can get,” according to one acquaintance.

This is the fifth murder linked to Atomwaffen Division since June. The first two murders occurred in May of 2017. You may recall news stories from the time about a neo-Nazi turned Muslim Radical who killed his two neo-Nazi roommates before taking hostages in a smoke shop.

The murderer and his victims were members of Atomwaffen, the fourth roommate, Brandon Russell, was reportedly the leader of the group. Russell, a National Guardsman, was arrested over a plotted terrorist attack on the Turkey Point nuclear plant. Russell pleaded guilty to illegal possession of explosives (a cooler full of HMTD) and was sentenced to 5 years in prison.

While it may at first seem strange that a neo-Nazi radical would convert to radical Islam, it really shouldn't — there's overlap in the ultraconservative views of neo-Nazi groups and some the most radical branches of Islam, not least of which being a murderous hatred of homosexuals and Jewish people. And many of these young, disturbed and angry men are universal sponges for the worst ideas society has to offer.

You may also recalling having heard about the third and fourth murders when the story broke last month of a 17 year-old in Virginia shooting his girlfriend's parents to death. His social media posting revealed him to be consumed with far-right extremist views.

As @doctorpepper35, Giampa tweeted about his hatred of transgender people and his admiration for Adolf Hitler. He tweeted about using Jews as target practice.

According to the ProPublica source, the killer was more than a fan of Atomwaffen Division:

The former Atomwaffen member in contact with ProPublica said that the teen was more than a fan: He was in direct communication with the group. Atomwaffen Division member at San Antonia vigil for victims of the Orlando Massacre
edit on 2018-1-26 by theantediluvian because: (no reason given)

posted on Jan, 26 2018 @ 11:41 PM
link
They look like such swell young gentlemen.
And they are fighting for the second amendment...so that's another plus in their column.

originally posted by: WUNK22
Masks? They must be for freedom, like those Antifa or what ever they call themselves this week?

Yeah...the links are all about Neo-Nazis but you think they look like Antifa?
Maybe they look like Neo-Nazis.
Anyone can buy a skull balaclava online. No political slant required for purchase, just a credit card.

5 years for possession of explosives and being linked to a plan to blow up a nuclear power plant? Guy won the lottery that day.

The 'helter skelter' mentality is horrifying in the true sense of the word. It's even worse when these people use social media to gravitate to each other. I find it surprising that an 'atomwaffen' person can switch to extreme-Islam when one is fundamentally 'Aryan' and the other isn't limited by skin tones, regions or cultures. On the other hand, each side is largely based on a hatred for the majority of the world's population and an espoused willingness to use terror, torture and murder.

Incidentally, it touches on what baffles me about the recent upsurge in sympathy for the nazi world view. The targets of these groups aren't going to be packing their bags and leaving town. ISIS and 'atomwaffen' promise to make the world 'helter skelter' and Hell on Earth. Stability and security don't arise from bodies in the gutters and shallow graves. White nations and caliphates can't exist without drowning humanity in blood. Some appear to think these things can occur by proclamation alone.


In my universe it was Blaze Bernstain.

Doesn't make any sense if they were NAZI's killing white women.

Was she a professor?

Thanks for connecting these dots. As an existential threat to the Nation I don't believe these idiots and thugs are much to worry about. However, for individuals and perhaps communities, they could be very dangerous. Perhaps the F BI could stop radicalizing young muslim men and start looking to these mental defectives.


He's just pissed that 10 of his friends are FBI agents.

Mahahahaha now that was sharp everyone just looked at me laughing at that on the bus.
Nazis? as Indiana Jones says "hate those guys". 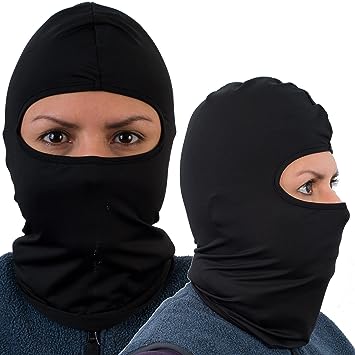 The facts still remain that people like these nazis commit more terrorism than any other group in the USA.
Scary tbh.
edit on 28-1-2018 by testingtesting because: (no reason given)

originally posted by: testingtesting
a reply to: Konduit

The facts still remain that people like these nazis commit more terrorism than any other group in the USA.
Scary tbh.


This is a true fact that you wouldn't believe if your core source of information is from a certain bubble.