Very very mad! I'm super mad that our low paying jobs are non-survivable and most are forced to go to college or Uni! I'm mega mad that we are wasting so much resources on Earth specifically US since consumer style and non-stop military building creating all these chemical they can't even filter back naturally store into dumb barrels and hiding under caves which will pollute the waters when they break off. Sinkholes ehm.
I'm hyper mad that we have nukes and massive nuclear plants the are causing Fukushima style of destroying life on Earth because the military itself wouldn't even want to spend money on filtering those crap out or send them to space and blow them to pieces. Instead they are hidden storage rooms just like chemicals which we all know will go to the core of the Earth and cause great destruction one day.

I'm very sick and tired with the mass animal die offs caused by military experiments and human expansion. Even with human expansion the gov wouldn't let us have them as pets and would tax the living hell out of us for doing so. Instead must place the animals in zoos or safety homes. When they get release back to the wild again they will get hunted and killed off. Make more excuses for me not having a deer/bear pet to ride.
I'm mega tired with recycling, yes recycling plastic which is highly unnecessary. I mean during WW1 we didn't have this issue. Everything is in stupid plastic wraps causing more unnecessary garbage. I have no choice but to get them because my food is in them. For god sakes. Same with aluminum cans. Why can't the vending machine just poor the pop into my metal cup or even snacks in my metal bowl.(OMG someone invent that already and replace all other vending machines).

I hate the fact the our rivers/lakes is undrinkable anymore due to polluted waters mostly cause be *cough* Europeans colonization *cough* and now full of chemicals to even radiation(Fuku). We used to have free clean water! I'm tired of the fact the corporations now control everything, from food to materials we need for farming, this wasn't a thing before WW1, what fk up has the white race has done? The fact that the gov forbids urban people from farming is whack. We deserve to be able to feed ourselves because when the system crashes everyone brainwashed will go on rampage and I may not be able to get out. I hate the most is hybridization of GMO. Freaking India with GMO cottons, to USA GMO bugs and food. It can also be controlled by one bioweapon or zombie virus which would cause shhhs to happen. Next we probably get GMO boy/girl friends(watching you Corporate America). I also dislike the fact that the gov is still experimenting on bioweapons under corporate influence. Fking Nazis.

Nothing is natural anymore. Our food is fake! Our clothes are fake! Even the bugs are fake! Maybe our cows are fake too. That is probably why they got so much methane issues. Heard it causes explosions when you light it on fire. Why do I find milk tasting horrible over the past three decades? Nothing seems natural anymore. Anymore fake stuff like countries?

Food prices is also going up. For a freaking small sandwich cost as much as a freaking meal. Why the hell would I buy that? Stop wasting our farmland spaces for useless foods/food that cannot even fill your stomach. Companies that sells pricey food need to be sacked because they don't know how to do proper pricing or put proper food on the menu to make it cheaper. heard those cow farms cost more than other farms.
www.smithsonianmag.com...
edit on 24-7-2017 by makemap because: (no reason given)

originally posted by: Snarl
a reply to: makemap

I ain't gonna rant about guns, cause it would be pointless and the thread would be filled with gun fanatics. 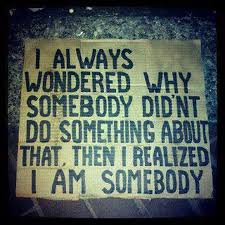 Fake money that is only backed by our "trust" in it.

This is Baldaraurd and "the desert of the real" but removed from philosophy and manifested. That plastic island in the Pacific... but play on twitter and Facebook!! Buy stuff you don't need and can't afford anyway. It is all good!

Not mad anymore as the grieving started a long time ago. Compromise?? With who? And for what? Denial has left the building.

The rage is there. Growing up an angry young man only led me to self destruction.

But the fights I choose this time. And it is for my soul so that is no holds barred!!

posted on Jul, 24 2017 @ 09:31 PM
link
I would hold out man. I am going to be real with you, we are on the verge of a 2nd Renaissance and the Internet was the birth of it. You are more or less watching the old world/debt fiat world collapsing, and a new era of tech take over for what we need.


Remember, you are a child of this:

But we aren't allowed to be mad anymore. Our thoughts and feelings should be fake too.


The rage is there. Growing up an angry young man only led me to self destruction.

Thanks for reminding me. I fight that battle every damn day.... Self directed rage is bad. Punk rock has said it best, "anger is an energy".

It is what you do with it is what matters.

I agree with SR1TX, but there is still crap that a few need to answer for. THAT is where my energy is focused on.

My def. Evil = death of the soul of an individual or group of people. It happens more than we think and has to end. Or, we're all doomed.

I feel it will take as much humanity as want to join. We survive as a group and the old system is replaced. Or we are another blip on the cosmic scale.

That is me in my despair. I see too many stories of it heading that way. I hope to hell I am wrong.

Why can't the vending machine just poor the pop into my metal cup or even snacks in my metal bowl.(OMG someone invent that already and replace all other vending machines).


That is me in my despair. I see too many stories of it heading that way. I hope to hell I am wrong.

I don't think we're blips on the cosmic stage. As I take the shamanic journey ritual, it seems like we are game pieces, contestants at the same time in a surrealistic contest where there are no hard and fast rules. Total improvisation, riff-ing over that Jungian Chthonic chord, metaphorically speaking of course.

Just been thinking and planning for the future.

Getting mad accomplishes nothing.

Well, if used constructively, gets you motivated to do something.

I use to be mad, alot. Not anymore.

Moving on to my dream of a piece of land in the country and simple living.

posted on Jul, 24 2017 @ 10:59 PM
link
All the worlds cost for wars we should be a space exploring race by now. We been lied to long enough. We should be on other worlds by now and have already met other space fairing counterparts. It's all a lie, or it's kept hidden to the populous.
edit on 24-7-2017 by HappyFisherman because: (no reason given)

Oh, so beautifully expressed! Thank you for such thoughtful eloquence. After reading the previous posts I needed that. Very special!

It was a great rant though.

Ahh you must be the "Nougat" The chewy center of a cheap candy bar.
Is that all you have is a cheap meme type pic?
The OP has a good point and all you come up with is a snicker bar? Well I am snickering at you cause I know you are better than this. Amirite?