The Druidic system of learning 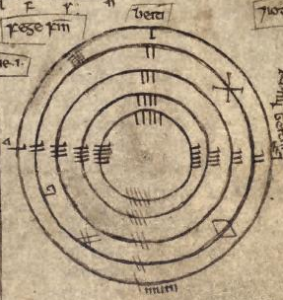 One of the most fascinating aspects about the ancient Druids is how their methods of gaining knowledge differs from ours.

We are all familiar with our process of gaining knowledge, as a school child you are taught from various text books which you consult to answer a question set by your teacher. If the answer cannot be secured from this you go to a library to consult more books although kids nowadays probably just search the internet for an answer.

As a school kid you go off to school with a bag full of books for various subjects, a variety of pens, maths set, calculator and these are the tools you are taught to use.

Druidism among the Celts did not suddenly come to an end as was the case in Britain with the Roman invasion but instead lingered on for a long time. There was a slow transition the Druids as they became less fashionable were slowly replaced by the bards (filid in Irish) and in turn the filids were replaced by the culdees (early priests of the Celtic church). Many of these Culdee priests had either been trained as filids themselves or had members of their family's who were practicing these more ancient traditions. St Bridget Brigid of Kildare was born around 450 into a Druid family, being the daughter of Dubhthach and she once served as a high priestess to a community of druid women worshiping the goddess Brighid. St Columcille another famous saint in Ireland had trained as a filid before he converted to Christianity. You can see therefore that some of the more ancient druidic wisdom and practices was known to the early culdee priests of Ireland, Scotland and Wales.

Marquis of Clanricarde 1722 tells us:

It was... necessary that the Place should be in the solitary Recess of a Garden or within a Sept or Enclosure far out of the reach of any noise... The Structure was a snug, low Hut, and beds in it at convenient Distances, each within a small Apartment without much Furniture of any kind, save only a Table, some Seats, and a Conveniency for cloaths to hang upon. No Windows to let in the day, nor any Light at all us'd but that of Candles, and these brought in at a proper Season only... The Professors.. . gave a Subject suitable to the Capacity of each Class, determining the number of Rhimes, and clearing what was to be chiefly observed therein as to Syllables, Quartans, Concord, Correspondence, Termination and Union, each of which were restrain'd by peculiar Rules. The said Subject... having been given over Night, they work'd it apart each by himself upon his own Bed, the whole next Day in the Dark, till at a certain Hour in the Night, Lights being brought in, they committed it to writing. Being afterwards dress'd and come together into a large Room, where the Masters waited, each Scholar gave in his Performance, which being corrected or approv'd... either the same or fresh subjects were given for the next Day... The reason of laying the Study aforesaid in the Dark was doubtless to avoid the Distraction which Light and the variety of Objects represented thereby commonly occasions. This being prevented, the Faculties of the Soul occupied themselves solely upon the Subject in hand, and the Theme given; so that it was soon brought to some Perfection according to the Notions or Capacities of the Students. 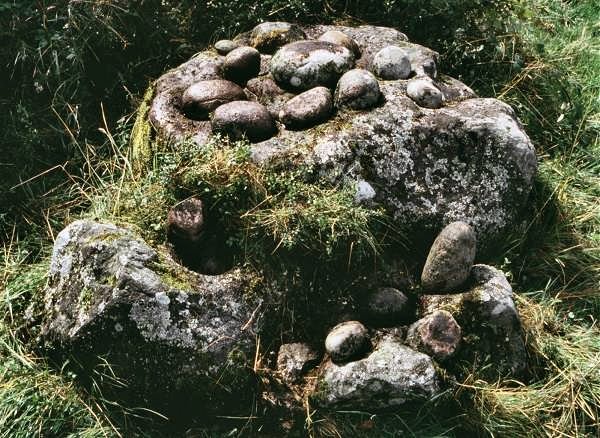 They [the Bards] shut their Doors and Windows for a Days time, and lie on their backs with a Stone upon their Belly, and Plads about their Heads, and their Eyes being cover'd they pump their Brains for Rhetorical Encomium or Panegyrick; and indeed they furnish such a Stile from this Dark Cell as is understood by very few

So essentially they (the Druids) believed in a system of meditative investigation in which the student would lock themselves away in a dark cell lay flat on their back with as stone resting on their lower belly and the palms on the cheeks of their face. In this position they would preform the breathing technique known to them which served to heighten their senses and allowed them to perceive the answer to the question posed by their teacher.

As morning approached by candle light they committed to writing the answer they had seen in their vision. Joining the other students in a grand hall the masters then assessed each students ability in meditative investigation.

As you can see their method of finding answers to the question life posed to them was nothing like ours, ours is based on logic and theirs on mysticism. Essentially their system of learning was to hone the students psychic ability's and it was this ability that was tested by the masters of the collage. Naturally some students would have grater ability then others just as is the case in our system of education.

"A Tailcenn (baldhead) will come over the raging sea,
With his perforated garments, his crook-headed staff,
With his table (altar) at the east end of his house,
And all the people will answer--'Amen! Amen!"

Above a druid uses his psychic vision to warn of the approach of a new religion, the christian religion!

posted on Feb, 27 2014 @ 06:09 PM
link
Conversely, I think it's interesting to think that these introspective, more meditative cultures are some of the first to be conquered once they're discovered. Their methods then become adulterated. S+Fed.


What is perhaps more interesting to speculate about would be how would the united kingdom and Ireland look today if it had stayed under the rule of the Druids and continued these traditions. We would still have developed but perhaps taken a very different path, less material and more spiritual.


spiritual society leads to esoterica on a grand scale. There are no fewer "secrets", just that the reason for maintaining secrets changes.