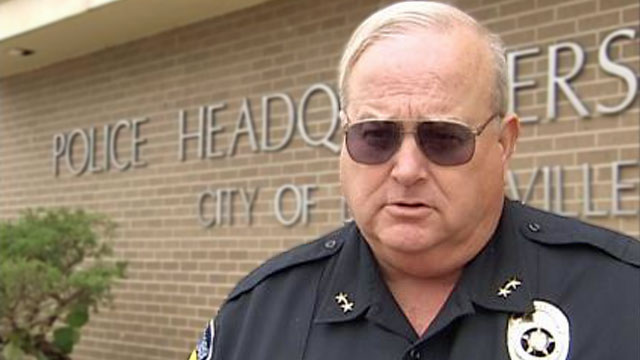 BARTLESVILLE, Oklahoma - The Washington County Sheriff's Office says Joseph McDonald, 55, died in the county jail Wednesday morning. According to Sheriff Rick Silver, jail staffers found McDonald unresponsive in a holding cell during an hourly check at about 2 a.m. Deputies say McDonald did not have a pulse and wasn't breathing. Silver said deputies immediately began CPR and when emergency medical personnel arrived, McDonald was pronounced dead. He says McDonald may have suffered some sort of medical distress leading to his death.

BARTLESVILLE, Oklahoma - A Green Country police chief made it on the list of the worst bosses in the country. Bartlesville Police Chief Tom Holland was rated 14th on a list of 100 worst bosses of 2011. The third annual list is published by eBossWatch, a Las Vegas-based career resource company. The survey cites numerous federal lawsuits filed against the city and police department as a determining factor.

Further investigation of the news sources revealed concerned parents commenting about how their child was being refused medications and was seeking an attorney.

posted on Feb, 27 2014 @ 11:36 AM
link
It seems to me that the only way to stop these negligent deaths is to lobby the states to create more jobs, it would be another officer in each individual unit that responds directly to the governor of each state and has technical rank over even the police chief of his precinct. This officers job is to respond to each physical altercation or death investigation and determine whether or not he or she believes excessive force or negligence was evident.

This would work better because there is less of a blue line, this officer would be mostly a proctor and wouldn't ever really report to the station in which he or she works at and would only answer to the governor, the mayor of his city, and council investigations.

This officer is elected locally, like a sheriff but is also subject to votes of no confidence whereby with a number of votes lets say 250-500 votes, at a town hall meeting would be able to start a vote of no confidence that would conclude at the end of that month.

The mayor and town council would also be required to form investigation committees (funded by the state) to keep regular tabs on investigations and the response of these proctors (the proctors should remain in compliance and good standing as well) and be able to be called to report what they know at town meetings should there be questions that are able to be answered pertaining to due diligence and special investigations.

This proctor would be responsible for maintaining cameras and surveillance equipment on officers and would regularly retrieve information from officers cameras and maintain a file on each officer in their unit.

Will full negligence in the line of duty for this job would come with a mandatory minimum sentence of no less than 20 years in prison with possible parole after 15 years.

Corruption convictions will result in a mandatory 50 year prison term in general population, with no possibility of parole.

Corruption allegations substantiated but not convicted will result in a 25k dollar fine, vote of no confidence will be held and
benefits will be removed for no less than 1 year.

Obstruction of a proctor in the conduction of an investigation by another police officer will result in a minimum 25 year prison sentence in general population with no possibility of parole.

Obstruction of a proctor in the conduction of an investigation by a civilian will result in a trial to determine the extent of guilt.

Each proctor would work in pairs, one conducting investigation and the other reporting standards compliance only.

I think if this kind of job existed in every corner of the U.S there would be lots of new successful well paid happy people, making sure we are being protected, and they do it with our consent.