The M4 has brought consistent complaints about at least three shortfalls: At a 250-yard effective-kill distance, it lacks range; its 5.56 mm round lacks killing power; and the gun requires constant maintenance — cleaning and lubricating — in sandy conditions or is prone to jamming. Soldiers also complain that the magazine dents easily and the springs break.

These complaints have been ignored for far to long. And as far as I am concerned...if it is good enough for the Spec-Ops guys, then it is good enough for the grunt. Anyone who has served any amount of time know that the SOCOM guys get the best of the best. The average grunt nowadays is carrying what the SOCOM guys carried ten years ago. I've never been a fan of the M16/M4 series.

It gets the job done. Whether punching holes through paper, taking down a deer or taking out a bad guy.

posted on Feb, 20 2014 @ 07:33 PM
link
I too was swayed recently from the 5.56 round. One of my 4 tour LRSS friends detailed 2 events he personally shot someone 5 times in one and 3-4 in the second. The guy shot 5 times he actually saw keep on running around the corner. When they do body retrievals it was very common to find bodies far from where they had been shot. That's enough of a statement to change my mind...I am soon to pick up a nice Sig 716...but I really wish I could afford is LWRCI's REPR!


I completely agree with you n this. I ws an 11B and, this will date my service, carried an A2. I hated it. Everything about it. I'll take an H&K any day over anything the average infantryman carries these days


I am also really liking the 6.8 spcII but until ammo becomes reasonable (1.00$+ a round) and or the military goes through with the switch they have already been looking into from 5.56 to 6.8 it just isn't worth it. The SOCOM guys however have already started trying them out if I remember correctly.

posted on Feb, 20 2014 @ 07:49 PM
link
My m16-a4 in basic malfunctioned in BRM qualification. And it was a bad one, where the tip of the round was stuck under the feed ramp while also still being in the magazine. Drill sgt had to use a multitool to get it out. After that in my unit we had brand new m4's, jammed on me also during pre-qualification. I do not know why some swear by them. I think they suck reliability wise.
Firepiston

posted on Feb, 20 2014 @ 07:59 PM
link
they should be giving everybody an HK416 and call it good. Or, if the issue is saving money and not giving our troops a garbage weapon like they're carrying now buy a license to build the FN and update it! can't go wrong there !


If the US military is determined to use a rifle chambered in 5.56 there are far better options ut there. My personal favorite being the Sig Sauer 550 series. Makes the m4 platform look like a red rider BB gun. That sig was hands down the finest rifle I've ever fired let alone owned. Too bad ill never see another one til my kids are out of school and I can leave NY state.

posted on Feb, 20 2014 @ 08:19 PM
link
I just had myself a short stock AR-15 for awhile to judge by and with a couple notable differences (parts quality being one of them), it matched the Army training vids I used to learn it by heart. I also unceremoniously dumped it quite some time back with no desire to ever see another. I have a .225 Winchester and enough reloaded mixed with a ammo from the rare factory run of it, to last me a lifetime and then some in what a hunting rifle needs to be. It'll punch tacks and with a scope worth a few times more than the very nice rifle it's sitting on. If that's not enough..heck..A .303 Enfield and 30-06 with green army cans of ammo will do for a freight train I can load light or heavy, as needed.

All I've really had from semi-auto rifles is a lot of plinking fun on ranges, some fun on tactical shooting courses and 3 gun competition practice and malfunctions when I could absolutely least afford to have one. I swear, they'll run for 500 rounds with noooooo problem while sitting on a range with a range kit and everything sitting next to it...but get it out hog hunting or something else where it really would be nice to have it work the whole day and ...It seemed a crap shoot....and I had a thing for rolling craps it seemed. Not the winning side of it.

Personally, I've heard more than one Vet say they should just go back to the M-14 and Garand rifles and be done with it. That line of rifles firing would get people to drop down, I'm sure. Perhaps the M-1 is a little past it's prime, but I understand special operations makes very good and effective use of M-14's to this day. Share the wealth with the little guys, would be my thought.

There's a love/hate relationship with these weapons. I think what it boils down to are two political issues: money and women on the battlefield. Your source article has everything (both sides of the argument) in there regarding effectiveness as a tool of war. I see combat and private ownership as distinctly different subjects.

This is a thread that can grow legs and sprint. S&F for surfacing the subject.

Or a lightweight Barrett .416.. that would be sweeeet


well this is not the first problems that came from the ar platform.
when the first m16 first came out they jammed all the time. due to being dirty. that's why they came out with the A1 forward assist, so you could ram the bolt into the chamber.
it is said in vietnam many a soldier and Marines were found dead with their rifle's bolt in their hand.

JHumm
We should just start producing an AK 47 for our troops and that should be good enough to stop the bad guys...put a 7.62x39 in someone and you probably won't need to look around the corner for him .

ak are hard to beat. they take a pounding, and can fire in all conditions. and they can give accurate kill shot at 500yards no matter what people say. i've seen it done.

did you here that century arm is producing a milled not stamed ak, like the origanls ak were. i'd like to have one but don't want to pay the 800 bucks.

M-14 had too short a life for milspec use.

The M14 is still being used today as a sniper weapon. M21 and M25 sniper rifles.

The big problems with the M14 were its not a full auto weapon.
It would fire full auto but was uncontrollable. i know i fired them in Vietnam and i am a big guy.

posted on Feb, 20 2014 @ 11:15 PM
link
Well down here in AUS we use the Aug steyr rifle for common grunt's and most other personnel. Only problem is if you keep your eye too close to the scope while firing it leave's a mark which look's like somebody drew around your eye.

SKS which is also a great gun too


Indeed. The last time I bought an SKS I paid a hundred bucks for it still packed in cosmoline. The thing I like about the AK and it's variants, is that they're not real picky about ammo. I wish I had bought ten as an investment. I've sunk an embarrassing amount of $$$ in my ARs, but I'm happy with what I've got.

I wouldn't want to get into a daytime firefight with an AK wielding opponent between 50 and 150 yards. Wouldn't want to face that guy in a building with concrete walls either. The 7.62 is too much of an advantage. Outside of those conditions I think I could hold my own. And, I think it's important to consider a scenario where the other guy is shooting back. If it's just targets or varmints I'm way better with the 5.56.

blueyezblkdragonOnly problem is if you keep your eye too close to the scope while firing it leave's a mark which look's like somebody drew around your eye.

(grins sheepishly) I got a shot off with a scoped rifle from a vehicle once - had it propped across the window sill in a weird position, couldn't get it on my shoulder. Took the shot, and the recoil punched the scope into my face. Had a black ring around my eye for a week. 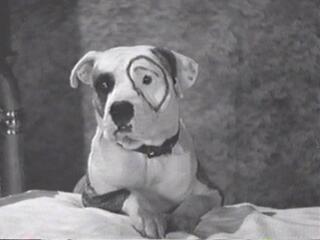 RickyD
I too was swayed recently from the 5.56 round. One of my 4 tour LRSS friends detailed 2 events he personally shot someone 5 times in one and 3-4 in the second. The guy shot 5 times he actually saw keep on running around the corner. When they do body retrievals it was very common to find bodies far from where they had been shot. That's enough of a statement to change my mind...I am soon to pick up a nice Sig 716...but I really wish I could afford is LWRCI's REPR!

I here so many people saying well what about that 800 yard shot..........I would love to see these armchair warriors go out and hit a target a 500.


The 556 is a killer. The platform it is used from is the Achilles heel IMO. But, keep the gun clean and lubed, it'll be an accurate killer within carbine ranges.

308s and up are battle rifles rounds. They are made for longer ranged kills. Shooting someone up close with that round would def stop them. The bullet weight, high recoil, weapon weight is night and day different than a 556 platform.

Even bullet by bullet carrying capabilities for those two rounds is a big difference. To win in carbine ranges, you need more bullets on target than bigger bullets. The high velocity, low weight 556 does that with ease. Little recoil means superior follow up shots on target. More shots equals more hit probability.