Power of the Picts

scanning of Johnathan’s Cave as part of the Visualising Wemyss Caves Project I was reminded of the rich artistic legacy which has been left by the Picts and its continued ability to inspire creative responses. The caves at East Wemyss, Fife, have a range of Pictish carvings dating to c AD 300 to 800. These include a series of familiar motifs, including abstract symbols such as double discs and z-rods.

History IS silent in so many ways.

If these walls could talk


Wemyss Caves hold the largest collection of Pictish carvings in north-west Europe. However, they are under constant threat from coastal erosion. The project, a joint effort between St Andrews University, York Archaeological Trust and a local community group, aims to scan the images and save them for future generations. The academics will showcase their findings online to reach a wider audience.

Courtesy of the lovely Thorneblood, and the findings will be online in April! I can't wait!

We just don't understand what they are trying to say.

Must of been important though...To stand there and gouge it in the rock.


Without a shadow of a doubt they were saying something. Have a look at some of their other carvings: 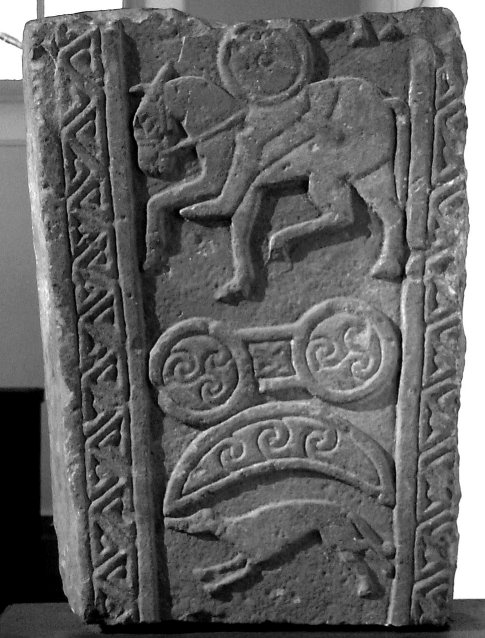 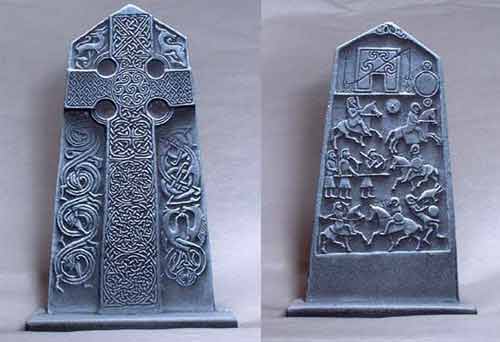 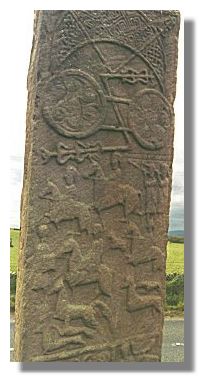 
No one really knows but one theory was that the Pict people may have been the last remnant of the original and furthest westerly European's whom may have been displaced by the tribal migrations of the indo Europeans, Many scot's and even English may today be descended from them as they were not wiped out but as you know a marriage between the Scot prince (Irish settlers of Viking extraction whom oddly threw the Vikings out of Caledonia which was renamed after them as Scotland, many of the MAC,MC (I am one) tribe's and the variants on that clan naming were actually of Gallicised Viking and Irish mixed descent).
He married the Pict princess whose fathers kingdom was by this time outnumbered an estimated two to one by the scot's, thus cementing a union between the two kingdom's.
But of course Scotland's history is far more colourful with more than these two kingdom's and such as the kingdom of the western aisles, after the Norman conquest the Reaver clans whom were arguably neither scot nor English straddled the borders such as the Armstrong's among other's and swapped allegiance to either side if they looked to be at the moment stronger.
The famous Robby burns is also descended from border folk as the name burns is actually originated from the Saxon name for a small stream or a Burn.
The Pict tribes are among the very few tribal people whom overcame a full roman legion and probably through pure ferocity as they likely never had the numbers Armenius had in the tuteborg forrest when he did the same though this is often forgotten outside England and there leader is unknown so no heroic statue to the pict leader stands at the site from which relatively recent discoverys of broken roman armour they now believe to have been the legion's last stand has been found.
Of very great interest about the forgotten history of the pict' is the presence of the famous or infamous vitrified hill fort's of which Tap O Noth is the most famous, they appear to have been far more accomplished analogues of the hill fort's in the rest of Britain but with high stone wall's on top of hill's and there tribal villages within them, for a long time Victorian scholars mistook them for volcanoes because they had been burned all at about roughly the same time and with such ferocious heat that the very stone melted forming a ring of melted stone at the crown of the hill's with a depression within, it is now believed though this was done by besieging forces without whom piled large amount's of heather and bracken against the stone walls then maintained the intense heat by throwing more on to the fire as it burned,. Why this was done is a mystery we can only guess at but maybe it was a revolt, an invasion or even religious as the druid influence spread north from the celtic land's.

I for one would love to know.

i love pictish art. I think another member posted some fine works of stone carving.
edit on 2/20/2014 by bigfatfurrytexan because: (no reason given)


The British Isles were re-populated after the end of the last Ice Age, no-one is certain where these people migrated from.
The Beaker People and other Celtic, or Celtic like, tribes then migrated here.
It is very much uncertain if The Picts were very early Celtic migrants or if they were the remnants of the 'original' inhabitants.

One thing is certain though, they had a very rich culture and we have barely scratched the surface in our efforts to understand and know them.


I remember talking about this vitrification on a long well researched thread on another forum, and many odd questions came of it, sadly all that research is lost

I am trying to remember some of it

posted on Feb, 20 2014 @ 05:18 PM
link
We ended up tracing the blue dye and the tattooing from around the world and found similarities, do you remember any of it Tex?


No ma'am. I do remember reading it, however. I have had to learn so much IRL that a lot of what I have read over the years has been forgotten.


I just remember bits and pieces of things we researched, me and Gaston did a lot together, I lost him.

We were on line buddies for some 12 years , we lost contact.


yeah, he was a very cool poster. You know I had a special place in my heart for Epsi.