posted on Jan, 30 2014 @ 07:42 PM
link
I just recently saw a commercial for Northrop Grumman about how "they were there for speed, stealth, endurance, etc." for each type of aircraft described. It showed various aircraft (simulated CGI of course) as each type of performance was described. The last thing that was said was after "Stealth" and a CGI of a B-2 flying, they then said "And beyond". For this CGI they just showed empty clouds being "disturbed by turbulence"; my words and observation. Did they just hint of aircraft VISUAL invisibility? I probably am making myself look like an idiot for even posting this, but it was my immediate thought to bring it here for you to make fun of me. My wife already has enough practice. HA!! Only my third BTW. Am sorry if I am wasting your time. But what the hey? You only live once. (Maybe)
Hope you all are doing well. Spader
edit on 30-1-2014 by Spader because: got the wrong company, originally put Northrop Boeing, am an idiot.

posted on Jan, 30 2014 @ 07:54 PM
link
possibly as simple as meta-material or photo-active surfaces. there have been articles about it over the last decade. meta-materials have normally impossible optical properties. they can literally bend photons paths around an object rendering it invisible. at first just certain frequencies such as IR which is useful but limited. then they mastered other frequencies and finally multi-spectrum in the same materials. so that is on possibility that is not even being held in the black world. the information is public domain and respectable.

photoactive surfaces in another method. the materials replicates the back side's incoming photons and emits them on the front side so all you see is what is behind the hidden object. if you or the background is moving there might be a slight delay while the "pixels" are "refreshed." that would create a heat mirage like effect possibly. these systems have been the military's dream toy for a long time. even for ground vehicles like APCs and tanks. i remember seeing documentaries on this sort of thing from at least a decade ago. this type of tech is often referred to as a "chameleon cloak"

Saw it too. I thought thats exactly the message they were trying to convey. Invisible, perhaps silent...We have zero ways of knowing WHAT in the hell is really being tested. I thought the comm'l was really cool.

Made me wonder...and that Im sure was their intention....

schuyler
Let's try to get the video to actually post, 'K?

You're quick...but not that quick.

Bazart beat ya to it by 3 minutes and some odd seconds.


If Hollywood says we have it...we probably do. LOL

I believe that, much of the time...

If Scarlett Johanson says we have it, should have it, or need it... I want one ( even if it requires antibiotics ).

Those sheildcopter things seem awful turbulent and dangerous to the carrier.

But- I would save Scarlett, whatever happened !

posted on Jan, 30 2014 @ 08:26 PM
link
I see what you're saying but I think they are depicting the shadow of their new secret craft on the cloud and the craft is purposely out of frame. So whatever they are hinting at its sorta shaped like that shadow.

I only saw it once, ( my Mac won't play youtube) and that is a great observation, one that I will look for when I see it again. I have been in advertising for close to 20 years. I never really understood why a company like Northrop Grumman would advertise. This was not a civilian aircraft commercial. Stock buyers being recruited possibly?


I agree. I don't think they're hinting at a craft that is invisible, It's more about the shape and what's to come. Car companies do something similar all the time. 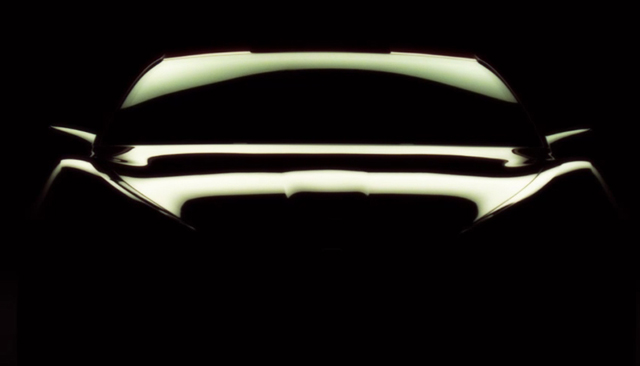 exactly!! LOL .. I've heard it stated b4 that if you see it on the bigscreen, we have it now, have had it or is in R&D with a working model


'Primordial Ooz' is really thick. I think that is what is behind "stealth"


Teleporting a W-61 nuclear bomb above a target and letting gravity take over. HeHe! But seriously, point taken.


Well you can always go beyond stealth as there isn't any aircraft that's completely stealthy, just LPI (low probability of intercept)

Beyond current stealth technology you can always give yourself a smaller RCS, there's visual stealth, acoustic stealth ect.

So there's always something you can do to be more stealthy.

I thought so too, seems to be a shadow of something, and looks to be triangular as well.

Either way, they do seem to be dropping a hint for sure. Cool video, thanks.


Could this function on a plane?

If so wouldn't the plane be practically invisible if it was viewed in flight from the ground?