Dream of a Blue Light?

Anyone else out there having weird dreams lately? I sure have although I don't seem to remember them except for a few. In one I got to play NBA GM and took Dante Exum with the 2nd of the Sixers draft picks. (Note to self: check back on this in June).

More on point, last night I was goinfg to sleep...or maybe I was asleep...and for a few seconds saw a blue light that emanated from directly behind (and maybe above) me. Now I usually sleep on my stomach with my head to one side or the other. What I saw was a somewhat dim blue light shining on my arm, pillow and top of my bed. I could not see the source.

I got up, checked my phone to see if I got a message and if it was the screen of the phone that caused it. Nope, no messages so I went back to bed. The dogs were still asleep where they had been so I blew it off and went back to sleep myself. This morning after thinking about it I'm not sure if I really saw it or if it was just a dream. I'm not sure what the significance of a blue light in a dream is...and if it's something else? Do I really want to know?

posted on Jan, 28 2014 @ 12:07 PM
link
don't think color has ever played a significant role in any of my dreams. there are blue lights in my room though. my wiimote is especially on my bed at times.

hope that helped, if you can't find a blue light in your room, find some sort of source for it, then it obviously must have been a dream.

It just doesn't sound like a dream to me, wouldn't there have been more involved?
Or maybe my dreams are just too convoluted ?

you can find dream interpretations of just about anything if you want. I've never found them very helpful or relative personally. Maybe I could relate to the more common ones that I have, but usually my unique dreams that are different from others end up being interpreted with mumbo jumbo.
edit on 01/24/14 by Jarring because: (no reason given) 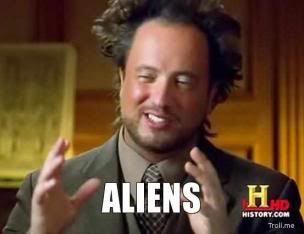 
I had a similar experience, and to be honest, I don't know if it was a dream or not. I posted it here to get some reaction, but as far as I know no one ever replied to it.

I dreamed that I woke up in my bed and there was a bluish white light shining into the back porch, which I could see through sliding glass doors in our bedroom. I couldn't actually see what was causing the light though. I sat up and started to think that I was going to see an alien. I looked towards the door of my room and my vision seemed to "reset". It's hard to describe, but it blurred and then seemed to offset slightly, like I was put into paralysis for a little bit and then woke back up. For some reason that I still don't really understand, I just laid back down.

At that point, the blue light shot off. I couldnt' actually see the light though. When it did, I felt a pulse of energy shoot through my body from head to toe. At that point I jumped up out of bed saying "what the hell was that!?!?!", because I had never experienced anything like it before, but it was like being in the backlash of an explosion. Everything was dark at that point, and I sat there wondering what the heck had just happened.

I tend to think it was a dream though, because there are little things like the geometry of the room, and the lack of curtains on the sliding glass doors that are really there... but things like that lead to inconsistencies with reality. It's hard to say what happened that night. And like you, my dogs were quiet the whole time.

There is one more thing. The next week I woke up again in the middle of the night with the words "ufo" going off in my mind, almost like an alarm. I then felt that pulse of energy again, but it wasn't as surprising as I'd already experienced it once. Just another strange incident.