Has this been posted already? Just heard of this and my first reaction was: WHAT IS IT WITH MALLS? School and malls, where next, another theater one?

So much for homeland security. Sure, stuff happens but these are highly policed/secure PUBLIC spaces where multiple people supposedly keep dying most everyday in a better, securer, more disarmed, America

Worse yet, why target the YOUNG people just doing their job?

COLUMBIA, Md. — Shots rang out at a popular shopping mall in this suburb between Washington and Baltimore on Saturday morning, sending shoppers running from stores and hiding under tables in the food court.

When police officers arrived, they found three people dead inside a skate shop on the upper level of the two-story center, the Mall in Columbia. Two of the victims were a young man and woman who worked at the store.

Skate shop? Does anybody recognize a face in the NYT link video? (Just wonderin..)


My only guess could be that maybe he was a former employee of the store? or somehow knew the people that he targeted? Would seem kinda odd if it was just random and he picked only that store. If the gunman was looking to take out as many as possible he would have went with a more common area of the mall I would think.

www.usatoday.com... few links for ya op think he had some kind of crude explosives as well according to the reports
edit on 26-1-2014 by RalagaNarHallas because: (no reason given)


im gonna go with the reporter on it most likely being a domestic issue or some dude who really wanted one or two specific people dead
edit on 26-1-2014 by RalagaNarHallas because: (no reason given)


no AR this time seems he had a shotgun and most likely bandoleers or some kind of hunting vest that holds shells,seems he popped two people wounded two others then ate the shotgun and blew his head off

wo federal law enforcement officials told NBC News the incident was a domestic situation, not a random shooting. However, McMahon said that Howard County Police "do not know yet whether this is a domestic incident."


abcnews.go.com... few more seems he only wanted the people in zumiez dead mostlikely his gf,and her new bf and what apperars to be some random victims or perhaps they made a run for it and he shot them then turned gun on him self after realizing what he did?


A search of the shooter's bag found inside the store revealed two crude devices that appeared to be an attempt at making explosives using fireworks," Howard County police said in a statement tonight. McMahon said the gun used was a shotgun, but he did not know how many shots were fired.

well something tells me fireworks might be on the chopping block soon too
edit on 26-1-2014 by RalagaNarHallas because: (no reason given)


"Multiple dead"? Dont you want to be a little bit more sensationalist?

When I opened the thread I was expecting something like the oklahoma city bombing, the waco incident or even jonestown... but no. It was actually 3 dead and one of them is actually the killer, so... 2 dead that didnt deserve it.

Really... there's no need for these kind of titles - as you can see, not even the msm went that far - they just called it "3 dead"... and it wasnt a "mass shooting" either.

A guy goes into a store, shoots 2 people and shoots himself - how on earth is this a mass shooting? 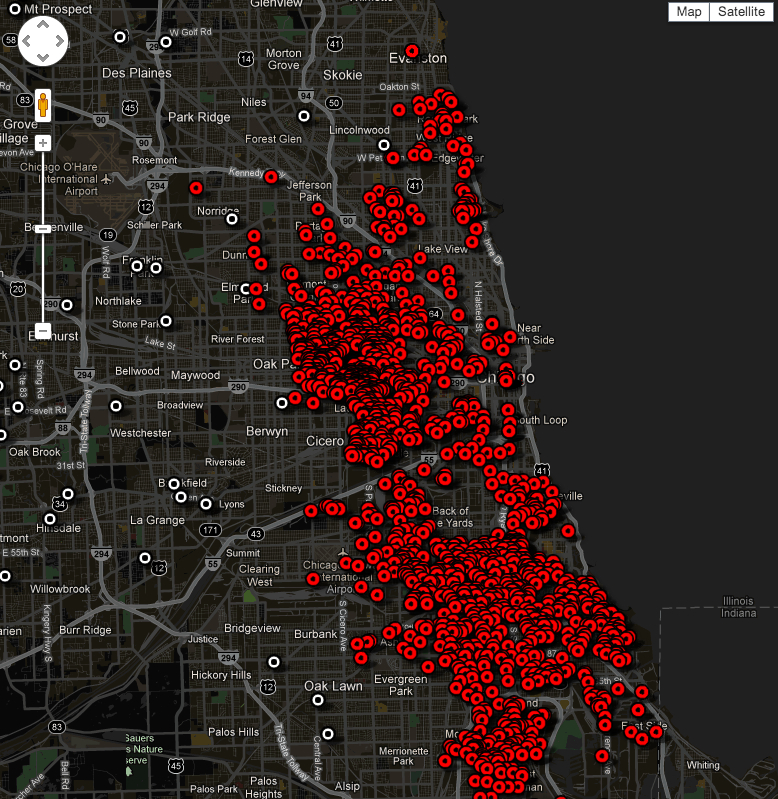 Here this picture is just from 2011 alone,

The blue dots represent the site of multiple homicides.


Multiple homicides don't even show up in the first picture as the dots are stacked chronologically.

Say,
maybe we should ban guns in Chicago... Oh, wait. 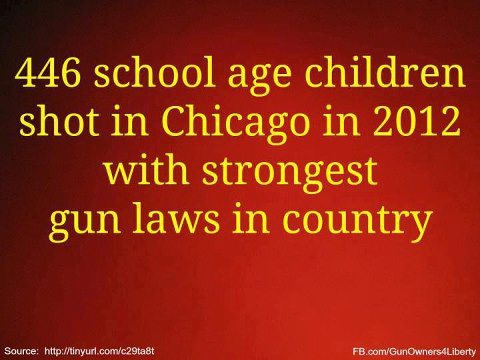 Was this covered on the news?

As I do my own research and shun the News-fo-tainment programs, I wouldn't know.


I dont think its sensational. Its honest. Multiple were dead and openly maybe didnt have a number when he posted.

All people know is what the MSM tells them, Mike.
They are too blinded by the TV to do their own research and see that the sensationalist wording like "mass shooting" is exactly what these people want to use. This terminology invokes fear and irrational thoughts among the scared populous. So they cling to words that over exaggerate the facts and the media tries to get their agenda across because they are told to use this exact wording across the board. I have no doubt this incident involved someone on prescription drugs.

What is it with these cowards that want to take their own lives after making such idiotic decisions? What are we teaching kids in schools these days? Oh yeah...don't fight with your fists...that's too dangerous...use easier methods. God forbid someone gets a boo-boo. Fighting is scary and we have zero tolerance. Sound familiar?