Senior UK Defense Advisor: Obama Is Clueless About ‘What He Wants To Do In The World’

Sir Hew Strachan, an expert on the history of war, says that the president’s strategic failures in Afghanistan and Syria have crippled America’s position in the world.

This is true with the addition of droning more people than his predecessor, Benghazi, failure to to anything about the southern border then running guns to the same places both middle east, and south of the border.

To the secret deals with Iran:

To the massive defense cuts, and epic failures of systems coming on line, that have wasted billions of tax payer dollars from fraud all the way to just plain utter stupidity.

From the Navies LCS crap to the failure, and out right stupidity of the F-22, and F-35 to the $12 billion dollar and counting Gerald Ford.

To the sheer utter trillion dollar waste between the navies, and air forces 'pipe dream' of stealth craft. That is already meaningless since 3D and VSR radar.


To 40 year cruise missiles being shot down in the middle east in Syria, and leaving them worse off just like he did with Libya.


Over the past several years, a number of nations — such as China and Iran — have begun developing advanced weapons that have the potential to deny U.S. forces the crucial ability to mass forces into a combat zone and by asymmetrical means to deter or defeat an adversary. These weapons are known by security scholars as Anti-Access Area-Denial, or A2-AD. Strategically vital regions of the world such as the economically dynamic Indo-Pacific region are affected Read more: www.washingtontimes.com... Follow us: @washtimes on Twitter

Guess the only thing Obama wants to do in the world is just be the worlds largest debtor.
edit on 16-1-2014 by neo96 because: (no reason given)

Guess the only thing Obama wants to do in the world is just be the worlds largest debtor.


I guess if you are going to do something, you might as well stick with something that you do well.

posted on Jan, 16 2014 @ 12:49 PM
link
The US citizens should take a page from the Egyptians that seen Obama's brother get in and start to work his agenda ..Seems we in the free world are experiencing the same in our democratic elections where it's two sides of the same coin ...Oh well ,lots to read and ponder and wonder just how scary it's going to be for our kids ...peace 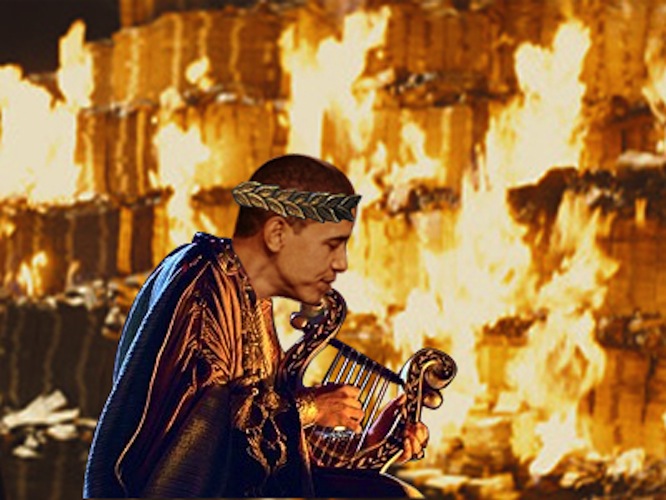 Although, hats off to him and his predecessor(s) - they have worked tirelessly to achieve such amazing levels of economic and social destruction.

Their Masters must be pleased.

posted on Jan, 16 2014 @ 01:01 PM
link
Most everyone here should already know that Obama has no power and pulls no strings, but has strings being pulled.
Firepiston

posted on Jan, 16 2014 @ 01:02 PM
link
This belongs in this thread because it shows just where the current governments priorities lay:

I don't think so given the age of most system we currently have online, and the empty chair sitting in the White House.

It has been proven twice in recent history that so called 'advanced' technology can, and has been mitigated.

Vietnam. and Iraq, and Afghanistan

China has four things we don't.

An industrial base, the numbers, and the capability to replace, and rearm quickly.

Oh there is a fifth thing American politics.

Which just might be the most important out of them all.

We saw the role it played in the last decade.

It takes years for what little we have left to make anything.


Sooner or later it will.

There is no stopping it.

With over 1.5 billion people competing for resources.

I don't see it not happening.

China and India both.


H5N1and H7N9 will soon be keeping them busy in a few years or sooner. Priorities tend to Chang during a good old fashioned pandemic.

posted on Jan, 16 2014 @ 07:48 PM
link
Although I agree with the author that Obama is a failure. I also think he's really ignorant and arrogant in regards to us military power. He was seriously stupid enough to think the us navy is crap and behind the times. I guess he doesn't know that a great deal if the most advanced technology in the world in inside those us navy ships and boats and aren't going to see the light if day for a loooong time.

We do have done military technologies that are unprecedented, unheard of and can check mate the Chinese or Russian or even allied navies.

If china and the rest of the world really thinks its sneaking around with thrir diesel subs then it looks like we've got them hook line and sinker. Think we haven't thought of really fast anti ship missiles before and thought of ways to address that threat like 20+ years ago.


I know you are not a big fan of the current administration Neo. Can't say I am impressed either. However, one man cannot oversee every single thing the Federal government does. It's too large. It's too 'contracted out'. It's too profitable to those whom it serves, not me and you by the way. To claim we have a direction (good or bad) besides profit for a few, is a pipe dream.

If Obama is guilty of anything, is allowing it to continue when he campaigned to do the opposite. He is guilty of letting others drive the train off the cliff in 14 different directions. Not Presidential material. To his credit, I do not remember one who did a whole lot differently. Of course if he did try to take the reigns, well...accidents happen.