Lockerbie bombing: The ambulance man and the bereaved mother 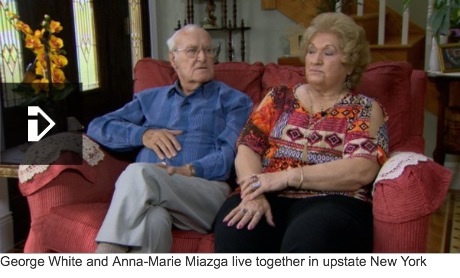 The mother of a young American student who was killed in the Lockerbie bombing 25 years ago now lives with the ambulance man who found her daughter's body on the night she died. George White was the ambulance man on call on the 21 December 1988 when, at three minutes past seven in the evening, Pan Am flight 103 from London to New York exploded over the Scottish town of Lockerbie, killing all 259 people on board and 11 people on the ground. Mr White told BBC Scotland the explosion was so extreme that his first thought was that the nearby Chapelcross nuclear power station had blown up. When he got to the fire and smoke, he could not believe the scale of the disaster caused by the terrorist attack. The town was covered with debris from the aircraft and the bodies of the passengers were scattered far and wide. Mr White said: "I went back to the ambulance garage to get emergency blankets and equipment and that's when I found Suzanne's body right at the door." Suzanne Miazga's body was found by Mr White Suzanne Miazga was a 22-year-old social work student from Syracuse University who had spent a semester in the UK. She was the first of many bodies Mr White found that night as he assisted with the ultimately futile search for survivors. 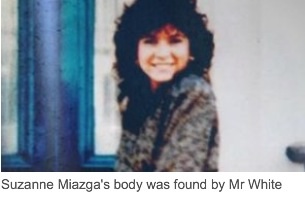 I'm watching this programme on TV and thought I would share a bit of it here. Can't put it up as it's not on YouTube yet though it was on BBC 1 here yesterday.
I will never ever forget that day or where I was at that time. My girlfriend and I were living in a caravan site and had been since about January that year, we were watching the TV when a news cast came on about it.
We both rushed to a pay phone and I called my brother in England because he was due to fly out to New York for his work but he was ok as he was not due to leave until just a few days after Xmas.
My girlfriend and I are still together and married a few years ago but it's still etched in our minds.
I used to deliver beer kegs to the pubs in Lockerbie many years ago and the people are great there as is the town.
edit on 17-12-2013 by scotsdavy1 because: (no reason given)
edit on 17-12-2013 by scotsdavy1 because: (no reason given)