Celebrate Christmas properly with Turkey & Stuffing Pop like Jesus did…

posted on Dec, 15 2013 @ 03:54 PM
link
Since the days of Jesus and the very first Christmas, when Sauron's ring was destroyed in the Temple of Doom and Indiana Jones helped Jesus fly his Millennium Falcon back to Heaven, we have all been looking for ways to get in the festive spirit.

The limited edition pack sold out in under an hour, temporarily crashing the company's email and Internet servers. As in 2003, people resold some seasonal bottles on auction sites such as eBay, with bids reaching as high as $100 a pack. Jones Soda's profits in both years were donated to the charity, Toys for Tots.

I can't really think of a better way to celebrate the holidays, can you? And while many might think this is just a marketing ploy and/or the need to fill the vacant market for frat boys across the country during the holiday season, while they look for gross things to insert into drinking games… I really can't help but think how much closer this brings us to Jesus.

As did a couple reviewers in 2012 who drank the holiday pack from 2007. (Just recently, which probably added to the delicious flavour).

James: It smells awful. I literally gagged upon the first sniff. A discussion took place as to whether or not it actually went bad, considering it smells so badly and is around seven years old. The Internet assured us that the sodas would be good, however, so we chalked the smell up to being Brussels sprout soda. It tastes worse than it smells, it’s indescribable for me, and easily the worst thing I’ve ever put in my mouth. It does not taste like Brussels sprouts, which are pretty awful to begin with.


Max: It smells like there is something wrong. There is a small patch of suspicious white stuff at the bottom of the bottle. It tastes like flat saccharine, like a dying breath stored in a box in a hot place for six months. It is easily one of the worst, most foul and stale things to ever go in my mouth.

James: It actually smells doughy; not bad at all. Upon initial tasting, it didn’t taste like anything. After a few seconds, however, the taste quickly becomes overpowering. It does actually end up tasting like stuffing, but only after you finish gagging, and unfortunately not the delicious kind of stuffing.


Max: Smells slightly better, a hint of cream soda. Tastes like foul salt water. Maybe a bit sweet, I don’t know, I couldn’t keep it in my mouth for very long.

The smoked salmon pate soda was the worst tasting soda of the group. It definitely had a smokey taste, and as we all know, where there’s smoke, there’s either a fire or a raging dorm party, and much like after a raging dorm party, the smoked salmon pate soda made me want to hurl chunks. Trying to chug down only two ounces of it was extremely hard. Every sip I took made me feel like Lindsay Lohan in a restroom stall.

BevNET Review: When we first smelled Mashed Potato Soda, we had high expecations. This beverage smells EXACTLY like instant mashed potatos. What happens when it hits your taste buds is an entirely different story. Mashed Potato Soda tastes like someone took that favorite starchy-white side and mixed it with a handful of Splenda. This is the only Holiday soda in the Jones line that almost made one our testers run for nearest porcelain throne. For those about to try Mashed Potato Soda, we salute you. Perhaps the strangest beverage we've ever sampled.

So in conclusion, if you are tired of sneaking into Mordor for the holidays, just to get a glimpse of the white rabbit for Christmas celebrations, why not pick up a bottle of expired holiday-meal-themed formerly carbonated beverages from ebay for $5-10 a bottle?

Nothing says Christmas more than that, except if you drink puke your holiday treats underneath the fake Christmas tree which will probably malfunction because it was made in China and burn your house down. 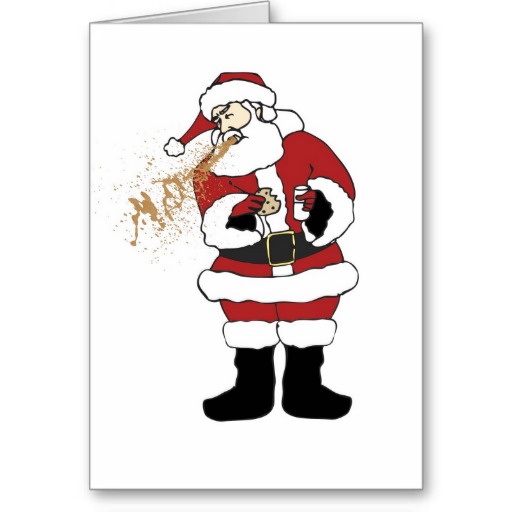 posted on Dec, 15 2013 @ 04:07 PM
link
"Just like Jesus did." Hmm, did Jesus celebrate his own birth? Did he even know when he was born or what his birthday was? If you want to worship Jesus, go to church, proclaim "Jesus is the reason for the season," then knock yourself out, but butt out of other people's lives.


Lol I'm going to need you to go back and re-read the OP. Were you being sarcasric or knee jerk reaction to the title?

posted on Dec, 16 2013 @ 06:02 AM
link
Hahaha, thanks for this.
I'm sure Jesus wouldn't have wasted a perfectly good brussel sprout soda or a smoked salmon pate soda. Maybe he would even have parted them with his disciples on his last supper, had there been no wine.
Joking aside, 12$ a bottle these things are selling on ebay?!!! Surely a sign of the end of times.