posted on Dec, 14 2013 @ 07:36 PM
link
VH001, the first KC-46 is beginning to look like a real aircraft at the Everett Washington facility. The same line that produces the 767-300 Freighter is producing the 767-2C for the Air Force. Boeing joined the wings to the fuselage of the first aircraft, and is beginning systems integration of the aircraft now. The aircraft is scheduled for completion about the middle of next year.

The first 767-2C to be adapted into a KC-46A for the U.S. Air Force’s aerial refueling tanker program is starting to look like a real aircraft following major wing-body join at Boeing’s Everett, Wash facility. Final body join of the first aircraft, dubbed VH001, marks a significant milestone in the $4.4 billion KC-46 engineering and manufacturing development (EMD) program which the USAF awarded the company in February 2011. Under EMD, Boeing is assembling four prototype aircraft that will initially be used for flight test. All four will be delivered as part of the initial tranche of 18 combat-ready tankers contracted for delivery to the Air Force by August 2017. 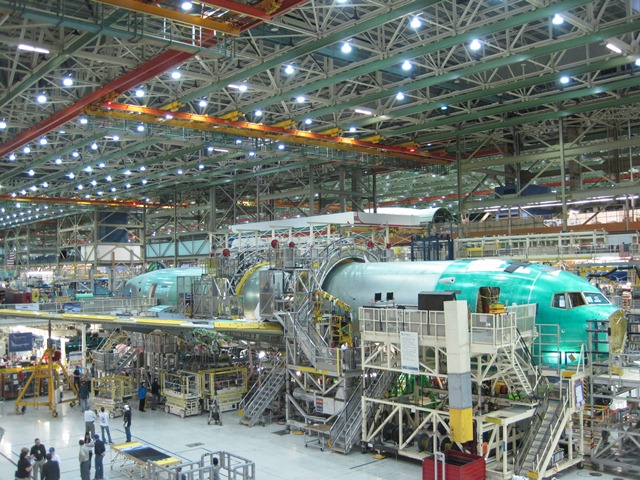 
I wonder if they plan a roll out ceremony? I'd like to take a drive up there and get some shots of it for its first flight.


I would be surprised if they didn't, with all the press this damn thing has gotten over the years.