posted on Dec, 12 2013 @ 05:16 PM
link
Drum roll pleeeease....
Just released:
According to the non-partisan political fact-checking website PolitiFact, Barack Obama has a brand new award to place alongside his Nobel Prize...although, he may not be as excited about this dubious honor.
The Pope may be Time magazine's 2013 'Person Of The Year'...but President Barack Hussein Obama is PolitiFact's 2013 'Liar Of The Year'!...Well played, Sir....Well played!

We offered readers 10 finalists for the Lie of the Year for 2013. It’s the fifth year in a row we’ve asked readers to weigh in via an online poll. We received 14,278 votes this year, a record turnout.

First place among readers overwhelmingly went to President Barack Obama, for his repeated statement, "If you like your health care plan, you can keep it."

Here are the full results:

If you like your health care plan, you can keep it. Obama repeatedly made this claim in previous years; back then we rated it Half True. When people got cancellation notices in the individual market this year, Obama claimed, "What we said was, you can keep it if it hasn’t changed since the law passed." That got a Pants on Fire.

Congress is exempt from the health care law. Sen. Ted Cruz, R-Texas, said, "President Obama just granted all of Congress an exception" to Obamacare during an August speech in Iowa. False.

The IRS will keep a database of health secrets. In May, Michele Bachmann gave a TV interview in which she claimed the IRS is going to be "in charge" of "a huge national database" on health care that will include Americans’ "personal, intimate, most close-to-the-vest-secrets." Pants on Fire.

No U.S.-trained doctors will accept Obamacare. In an October column, Ann Coulter wrote, "No doctors who went to an American medical school will be accepting Obamacare." Pants on Fire.

The United Nations is coming for your guns. Chain emails repeatedly claimed that the United Nations has "adopted a proposed agenda" to enable member nations to "disarm civilians within their borders." False.

The FISA Court is transparent. In a June interview, President Barack Obama defended the government’s monitoring of telephone and Internet traffic by invoking the Foreign Intelligence Surveillance Court and saying the court "is transparent." Pants on Fire.

The United States doesn’t tolerate genocide. After Syria entered a civil war and many civilians were killed, U.S. Sen. Saxby Chambliss, R-Ga., said, "The United States has never stood by and seen innocent people slaughtered to the extent that's happening in Syria." History shows we have. Pants on Fire.

Muslims are exempt from Obamacare. A chain email claimed the word "Dhimmitude" is on page 107 of the health care law and means "Muslims are specifically exempted from the government mandate to purchase insurance." Pants on Fire.

Obamacare will question your sex life. Betsy McCaughey wrote an op-ed for the New York Post in September that said doctors will be required to ask about your sex life under Obamacare. Pants on Fire.

Obama Gets PolitiFact's 'Lie Of The Year' Prize For Healthcare Claims

Fact-checking website PolitiFact is out with the latest edition of its "Lie of the Year." In 2013, the dubious prize went to President Obama for his widely derided claim that, "If you like your health care plan, you can keep it."


The FISA Court is transparent. In a June interview, President Barack Obama defended the government’s monitoring of telephone and Internet traffic by invoking the Foreign Intelligence Surveillance Court and saying the court "is transparent." Pants on Fire.

If Obama's pants caught on fire every time he lied Washington DC would be smoking rubble.

posted on Dec, 12 2013 @ 06:30 PM
link
Presidents have been the biggest liars in America for many years now. However, this one has been caught in so many lies it's not even funny any more.

He must have asbestos legs. 
not bad even for PolitiFact.

many times they seem to omit specific things and make a full lie into a half lie, or they simply won't get involved at all on certain issues.

this one has soooo much merit, that even *THEY* couldn't cover it up. 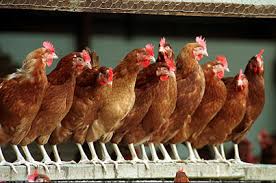 xuenchen
not bad even for PolitiFact.

I am surprised about the poll results to be honest. Even more so when government officials keep stating the American people support this or that when its blatantly obvious they don't.

Democrats who are up for election are distancing themselves from Obama...
Media outlets are starting to storm the gate at the White House to demand answers / get access to the President.
Media recently took Carney to task over using only the White House Photographer while denying access to other photo journalists.

Obama should get one more title added - Lame Duck.

If it was truly neutral, Obama would've been the winner for 7 years, running,

2007: "“I don’t want to pit Red America against Blue America. I want to be the president  of the United States of America.” In 2009 shortly after inauguration, he rejected the positions and desires of the 49% of Americans who did not vote for him by telling Jon Kyl, simply "I won," (and thus didn't have to recognize republican requests in his stimulus program).

2008: "I pledge to pursue an agreement with the Republican nominee to preserve a publicly financed general election." He later "opted-out, and MoveOn.org was born to finance his run.

2009: "“We’ve got shovel-ready projects all across the country that governors and mayors are pleading to fund."
He later acknowledged that this was never the case.

2010: "we're going to do all these negotiations on C-SPAN so the American people will be able to watch these negotiations."
Instead, Obama encouraged negotiators to meet privately and away from press and the cameras. C-Span was never even considered.

2011: "Teachers matter. So instead of bashing them, or defending the status quo, let's offer schools a deal. Give them the resources to keep good teachers on the job, and reward the best ones. And in return, grant schools flexibility: to teach with creativity and passion; to stop teaching to the test; and to replace teachers who just aren't helping kids learn."

Obama's Dept. of Education then imposed a "core curriculum" on all schools, with mandated protocols. It rejected stricter teacher standards, and lesser union influence in education.

2012: " Al Qaida’s top lieutenants have been defeated. The Taliban’s momentum has been broken. "
Of course, Al Qaeda now effectively controls large parts of Yemen, Libya, Iraq and Syria. He has secretly negotiated with Taliban for years and established an official outpost for negotiations in Qatar.

And now he "officially" gets the 2013 award.
There are dozens more outright lies that have gone unnoticed in the MSM or deliberately quashed.
We should give credit where credit is due.

PolitiFact is simply positioning themselves for the next round of defense.

They are getting people in a comfort zone with this latest ruse.

Watch out for the knockout punch.

Always read between the lines with this outfit.

Watch the "pants on fire" names and numbers as the 2014 midterms approach.


Yes, what a dastardly lie. It turns out that some insurers who charge huge amounts for very little coverage will not be represented on the state health care exchanges.

I guess if you like being taken to the cleaners by corporate behemoths then you will be unhappy.

And what is the penalty for standing by your company? Zilch.

You've got to keep any eye on our President, otherwise he will certainly turn this country into another Third Reich.

(NOTE: This is sarcasm)


Yes, what a dastardly lie. It turns out that some insurers who charge huge amounts for very little coverage will not be represented on the state health care exchanges.

I guess if you like being taken to the cleaners by corporate behemoths then you will be unhappy.

Slightly more bothersome was the fact that good old Obama asked for my vote and promised there wouldn't be an individual mandate in his healthcare law and then "changed his mind" after he got elected.

Obama was right when he said a mandate was not the right thing to do. But he was lying about what he intended to do, wasn't he?