posted on Dec, 8 2013 @ 12:54 PM
link
I was fortunate enough to be invited to a Christmas party for my wife's office which involved spending the night in Wilmington NC to eat a fantastic meal and enjoy some of the night life. I had been to Wilmington before many times and thought I knew a good bit about it's masonic history. The more I looked around, the more I found that there is a lot that still needs investigation. As we were walking to the restaurant, we passed a business that was a Burrito and juice bar. It looked like a cool place and there was some artwork on the windows that caught my eye. I didn't take a picture of it as we were in a hurry to get to our reservation. There was a square and compass in the eyes of a skull. Instead of a G in the square and compass, there was an H. When we walked back, I stopped and asked if the owner was a mason. The girl at the door said she didn't know, but the owner was in and I could talk to him. It turns out, he is a mason and a super nice guy. We talked for a few minutes and found that he lived not far from where I grew up. So we laughed about leaving the snow behind and he gave me a tip for a good place to eat breakfast.

Later, we went to a nightclub named Level 5. I had been there before and we had a great time. When we were leaving, I noticed a capstone with some letters on it. 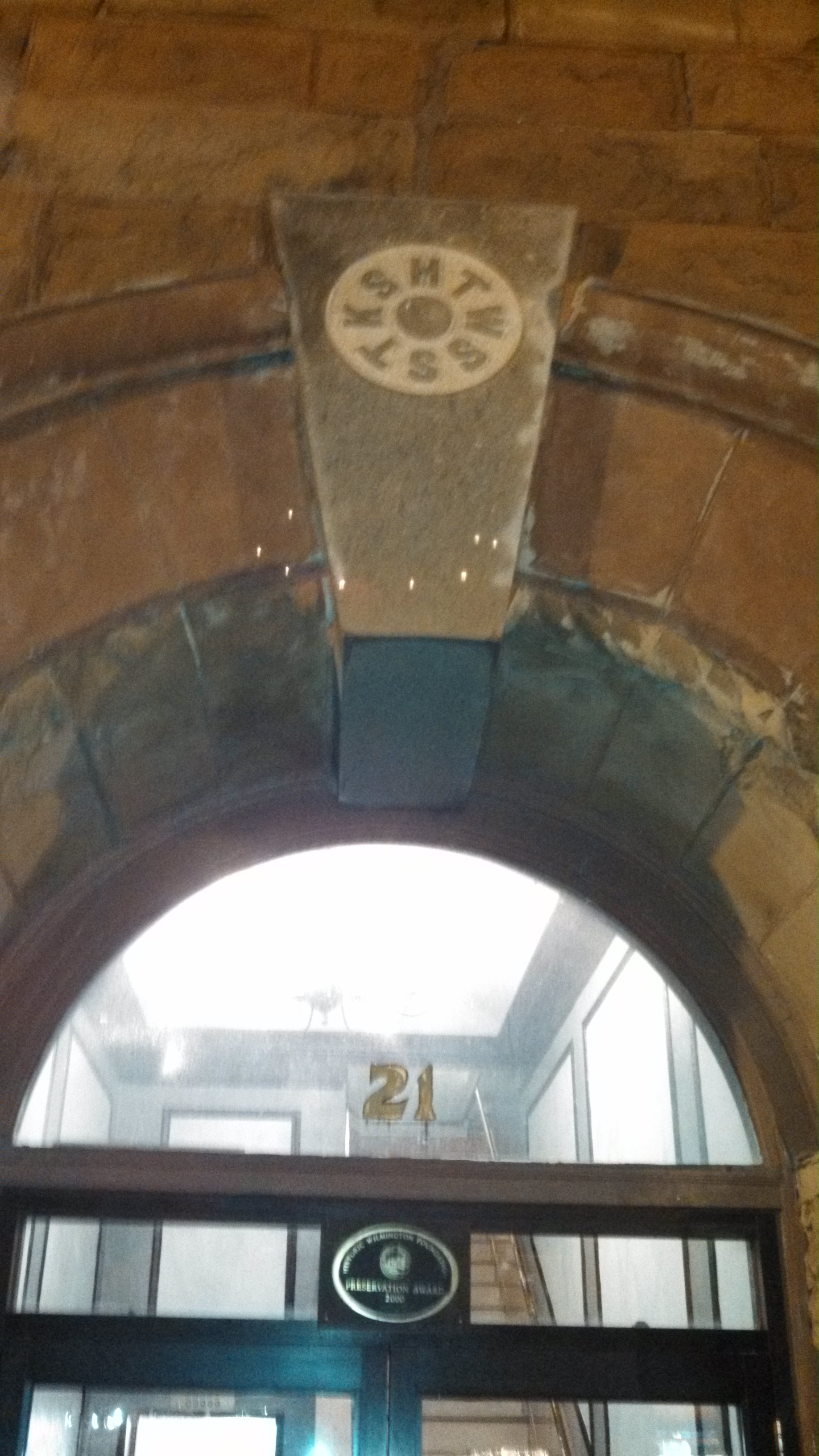 I asked the guy at the door about it and he said that the building was the old masonic temple. Then he showed me more of the stone work and it started to make more sense. 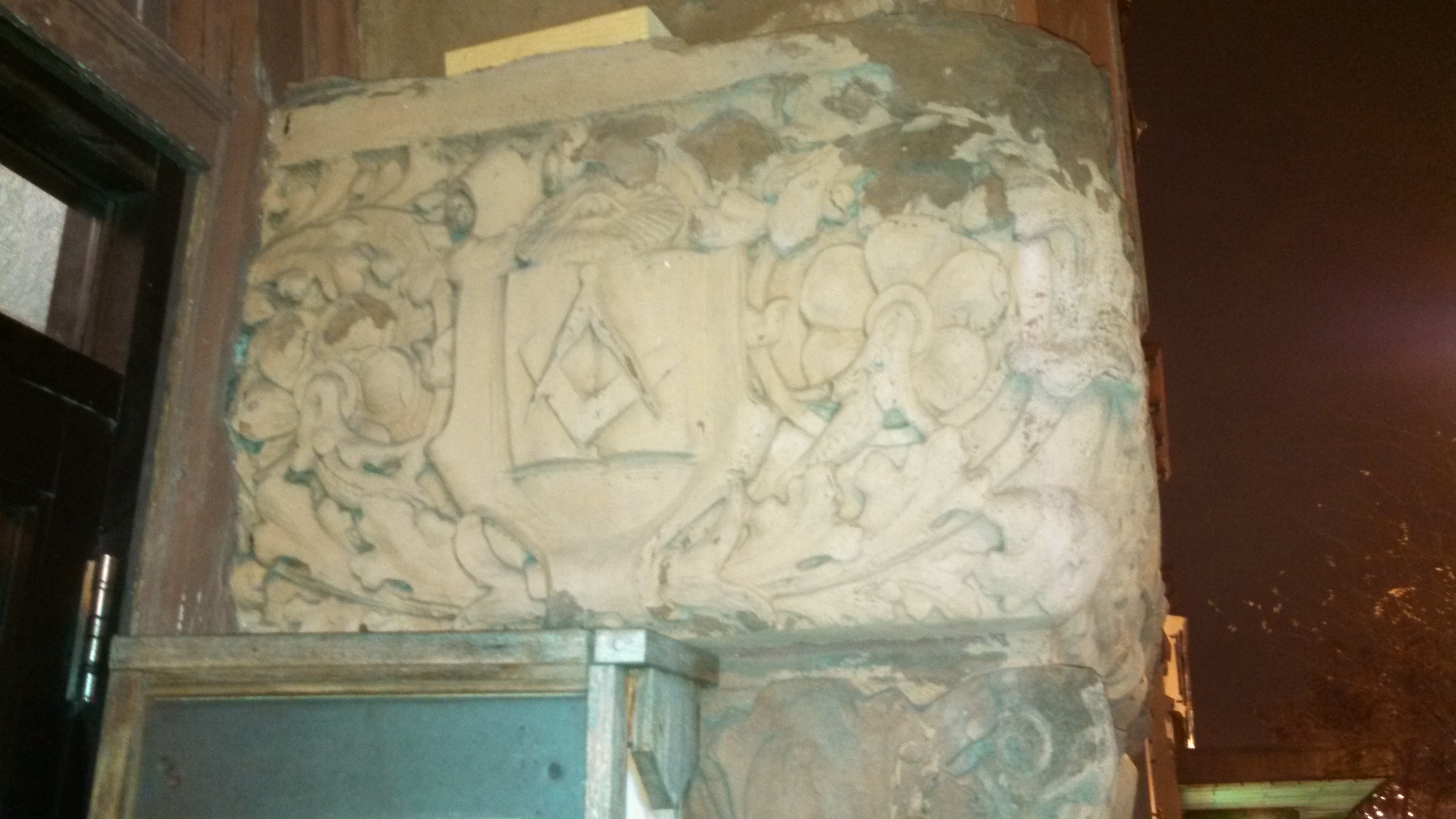 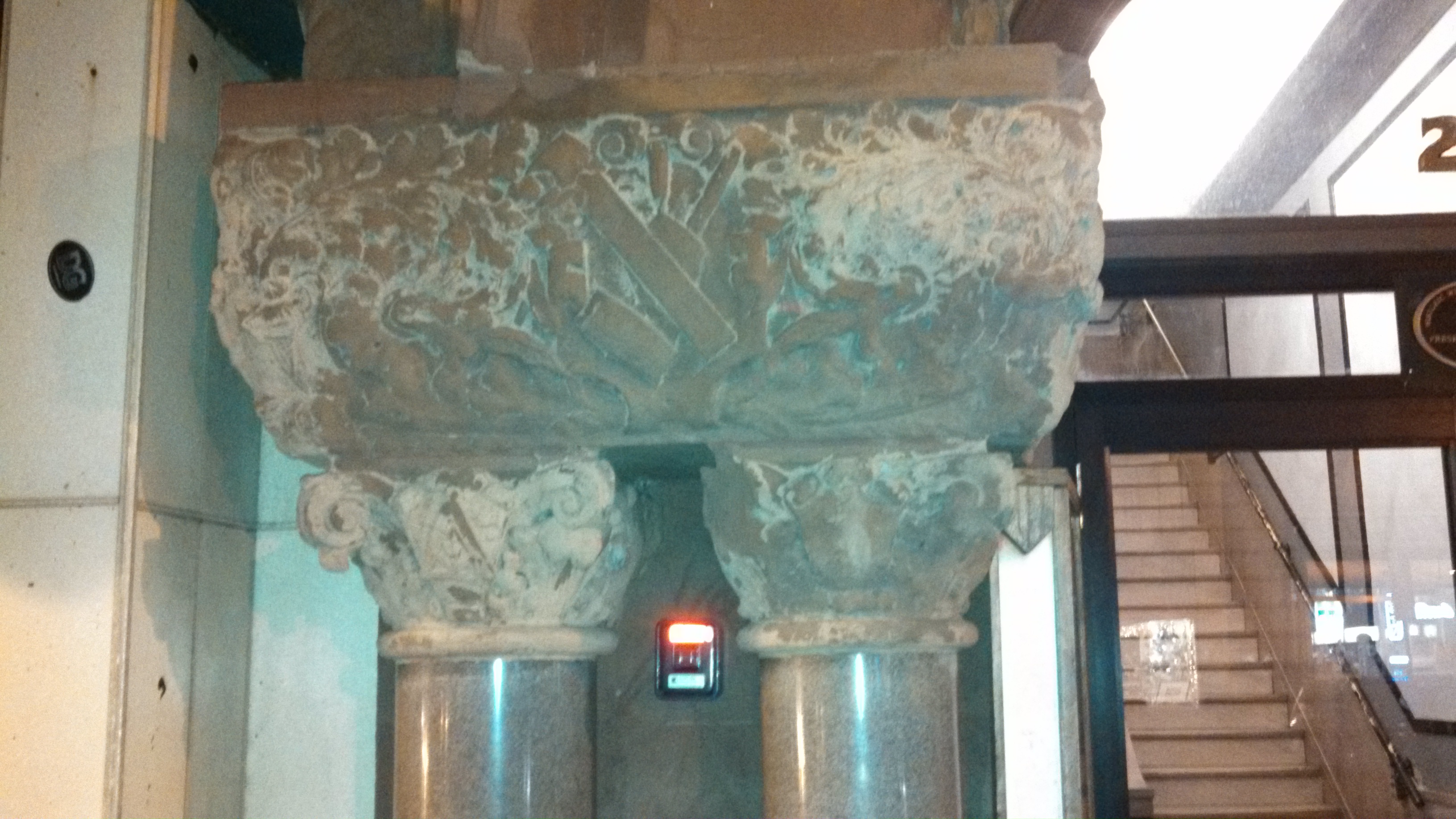 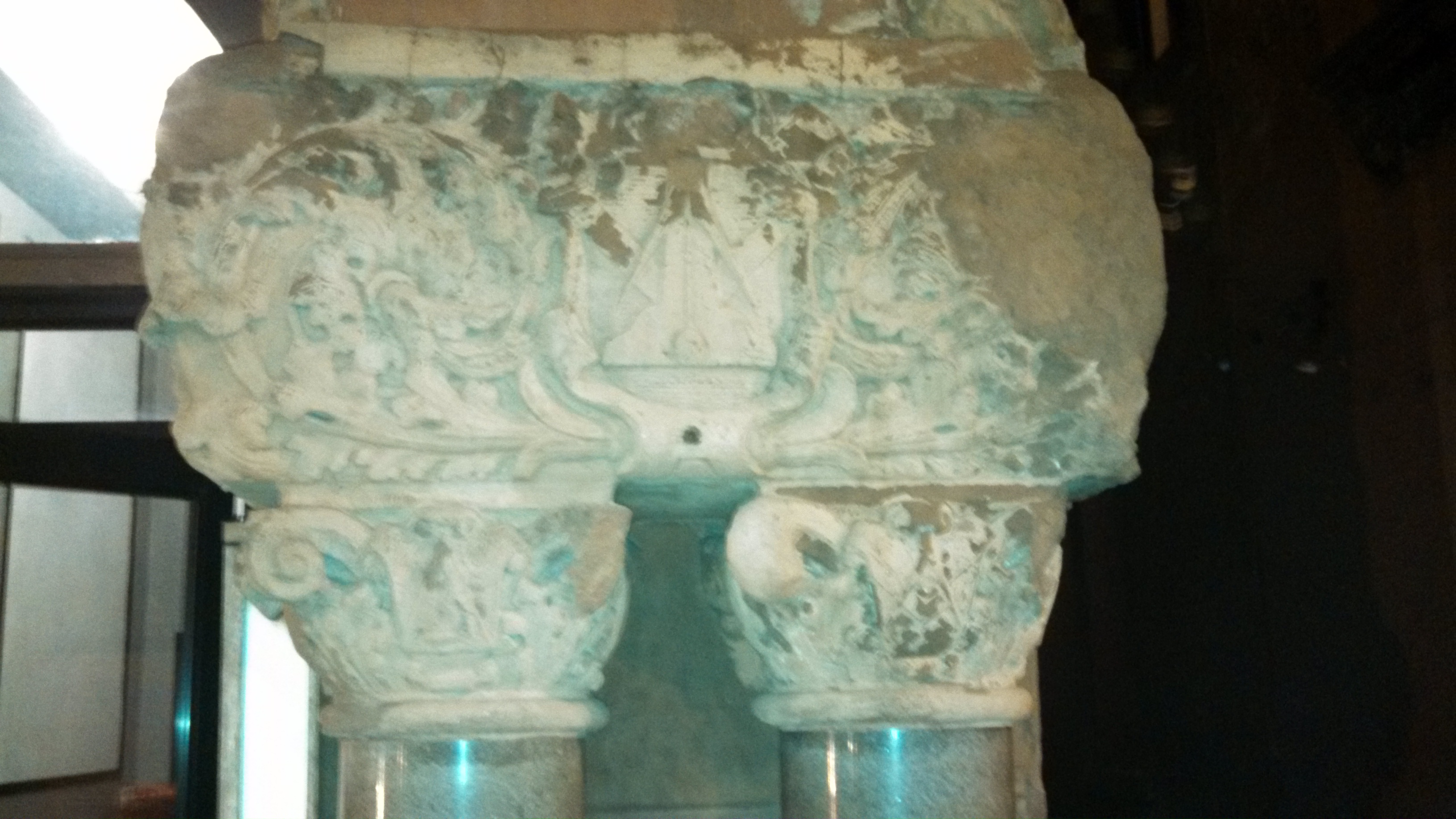 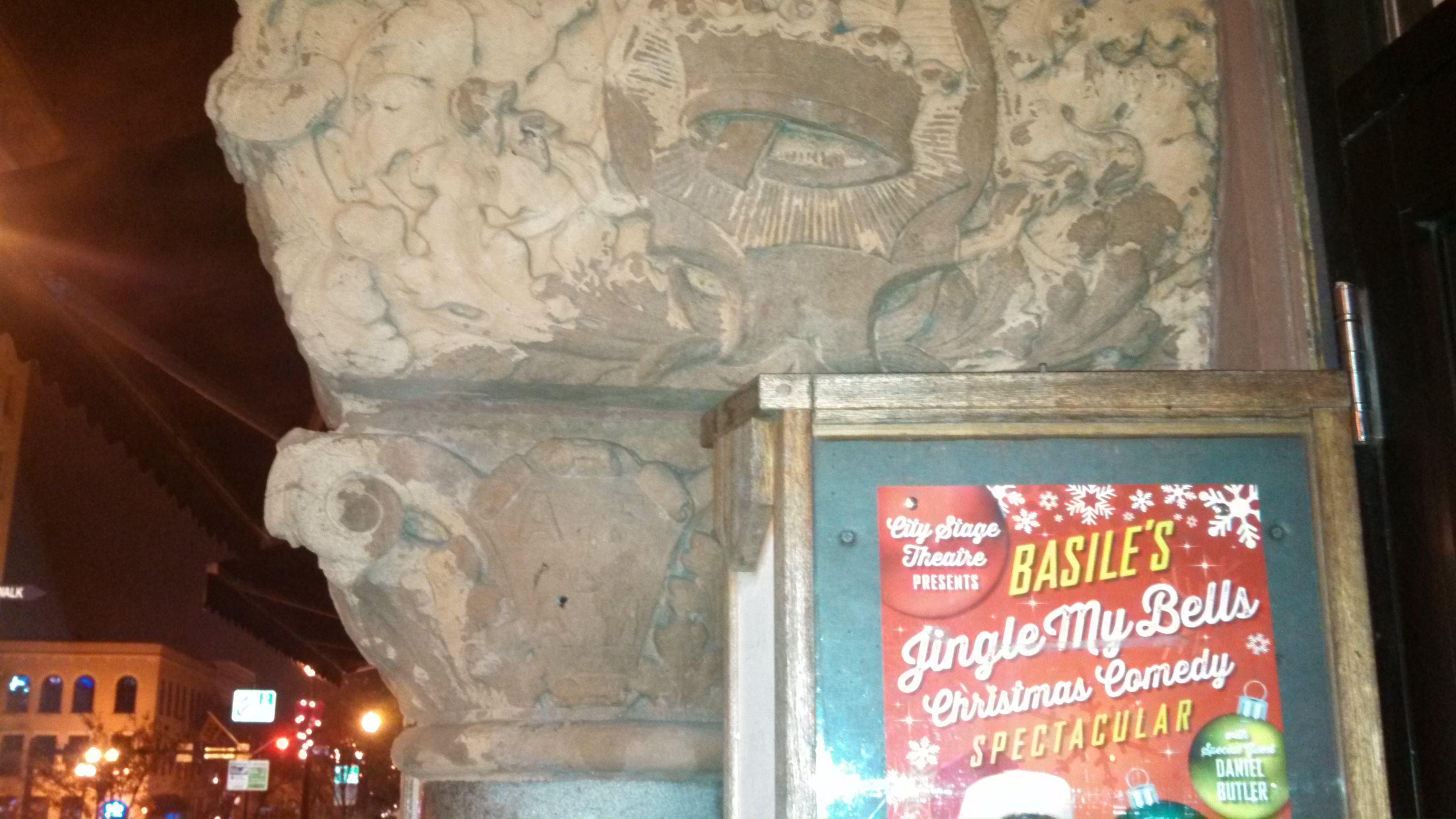 On the 5th floor there was a theater that was as old as the building. The next day, we had to go back because my friends wife had left something behind. We went into the theater and there was a band practicing there. It appeared to be the old lodge room. We didn't want to interfere with the band doing their thing, so we left them alone, otherwise I would have gotten some pictures of that.

To me, this is one of the best examples of what masonry is. I was able to meet a guy I didn't know, and instantly had a friend I could trust in town. I found some history that not only I enjoyed, but everyone else enjoyed the symbolism and architecture. To ensure we cover the conspiracy angle, we did search for blood and the altar where virgins were sacrificed, but to no avail.

If you see this kind of thing when you travel, or in your town, please post the information and if possible a picture. It may help travelers see things they otherwise may have missed.


The initials HTWSSTKS stand for Hiram The Widow's Son (some say Hiram Tyrian Widow's Son), Sent To King Solomon. They most likely are not in a tombstone, but a keystone (the top stone in an arch, which supports the entire structure).

All of this is York Rite symbolism, so talking directly to a York Rite member would get you much better information.


J/K , Yes that is the Keystone that was first rejected as explained in the Mark Master degree of the YR .


Nice post and great pictures. It's amazing how intricate and beautiful Masonic architecture can be. It saddens me that the Masons (including our founding fathers) get such a bum deal by many on ATS. I've met many Masons, and most of them have been wonderful people.

I can't see the others clearly, but the last one is undoubtedly Knights Templar.
My guess is that the H in the Square and Compasses is probably a worn triple tau from the Royal Arch degree.


Actually, the H was for the guy's name. He, being an artist, took some artistic liberty. It was enough to peak my interest, so I wonder how often he get's the passers by who stop in like I did. (probably should have asked)

It's interesting, we don't have a York Rite chapter in my area and I was under the impression that the Scottish Rite was the predominant one of the two in this area, but lots of other sources say the opposite.