posted on Dec, 5 2013 @ 09:30 PM
link
It has been my dream to publish a book since I was about eight years old. I actually finished a small novel when I was 20 and tried to find a publisher, but it was a harsh introduction into the world of writers and I quickly gave up. A lot of life happened since then and it has taken me over 40 yrs to finally reach my goal.


Earlier this year I self-published my first e-book; Bloodline ATS was gracious enough to let me write about it here and supply a link in my tagline.

The story has developed into what will be a trilogy, and I have now just released the second book; HERITAGE. The story involves a 16 yr old girl and some of her friends and for that reason is categorized as a Young Adult Sci-Fi, but trust me...most ATS'rs will get a kick out of the intricate, conspiracy laden storyline. If you enjoy such stories as The Hunger Games, The Host, or Divergence, then you will most likely enjoy Forgotten origins.

Once I am done with the series, I will solicit traditional publishers, but for now I am just enjoying having it available at a VERY affordable cost to family, friends, and anyone else who would like to read them. I am working on a paperback edition for those who still enjoy holding a book but the ebook is the cheapest way to go. Bloodline is only .99 and Heritage is 3.99. Both are on Amazon.

Here is a brief description of both books:

Sixteen year old Alex has always suspected her father’s death wasn’t random. But she never could have guessed how deep the mystery runs and what it involves.
When odd things begin to happen after a meteor shower, Alex races against time to find the true meaning of her heritage. Forced to rely on only herself, her friend Chris and loyal dog Baxter, she plunges into a strange, new world pre-destined in ancient times.
Set in the mountains of the Pacific Northwest, a trail of clues takes Alex deeper into the past and on an adventure that will test both her courage and will to survive

Alex has managed to stop a viral outbreak but must now fight her way out of the resulting chaos to prevent an even more disastrous threat. After escaping capture by a plotting regime, she calls upon her friends and own unique abilities to discover earths true past and fate. Amid a collapsing society, they battle unseen forces, unlocking ancient secrets in an attempt to change the course of the human race.


Both books are a quick read with a fast pace and lots of twists. The most common feedback I have gotten is that they are hard to put down. (I take that as a compliment! ) I would love to share them with my friends here on ATS. Those that have read my short story entries already know my writing style.

Here is a link to My Trilogy Website with an easy link to amazon and several other distributors for kindles/ipads/pdf and other devices.

Please take a look and I would absolutely LOVE any feedback!!!


You said 'trilogy'...I'm only seeing two titles. I understand that at this point you've only released two of them, but could you give us the title of the third? Just the title. I'm not asking for a summary or anything.

The third title is Descent. I plan on it being out in the Spring 2014.

I've spent most of today working on a new cover design for the first one, since I am finally taking the plunge and putting the work into getting the books available in paperback. Fun stuff!

Both books are now available on Amazon as paperbacks.

I really want to encourage anyone who has ever written a story and been discouraged about getting it published, to look at createspace. It was so much simpler than I thought it would be, and totally free. This is giving me the ability to publish my own books as I am writing the trilogy. When it is completed, I plan on trying to find a traditional publisher, but that can take up to two years AFTER being picked up. This way, my books are available to family/friends almost instantly, and I can have nice books to put on my shelf!

posted on Jan, 13 2014 @ 07:59 PM
link
I am beginning the outline for the third book, Descent, so if anyone has read Bloodline or Heritage, I would love to get some feedback.

Is there anything that was confusing, or not clear? Was there something about either book that you didn't like, or what did you like the most about it?

For anyone who might be interested, I updated and published a children's book during my 'time off' from the trilogy. I got bored. It is a middle-school level (9-12 yrs). A little more advanced than the Boxcar Children, but a younger read than Nancy Drew. I first came up with this series concept when I was 16, and first attempted this story way back when. I finished it when I was 20 and then put it away. Well, I dug it out, updated it, totally re-formatted and I think it's a fun book.

The Mystery Of Hollow Inn


Again, thank you to anyone who has given me feedback and helped me along this journey! I have learned a lot from it.
edit on 13-1-2014 by westcoast because: (no reason given)

Just follow the link in my sig and click on the amazon link to get to it.

I am still working on the third and final book...had some setbacks that prevented me from starting on it when I had originally planned, but one of the things I did was another hard edit on Bloodline. I feel good about it and I would love some feedback!

Bloodline - Book One in the Forgotten Origins Trilogy 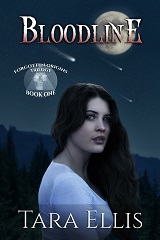 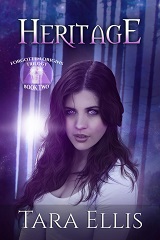 The process for being an Indie Author has been quite a journey....and I'm still learning!

I'll have to read these books when I have time between religious studies!

And I am glad to see your fallowing your dreams!
Feels good not to look back have to say "dang why didn't i do that!"

But you did do it!

Thank you! I'm glad you like them. I nearly cried when I saw the first completed, it was so perfect.

I hope you enjoy the story if/when you get a chance. It's actually a very fast read! (if you are in religious studies, then you will have an extra appreciation for part of the storyline )

originally posted by: westcoast
a reply to: LightningStrikesHere

Thank you! I'm glad you like them. I nearly cried when I saw the first completed, it was so perfect.

I hope you enjoy the story if/when you get a chance. It's actually a very fast read! (if you are in religious studies, then you will have an extra appreciation for part of the storyline )

posted on Sep, 11 2014 @ 11:18 AM
link
My year-and-a-half long process is nearly completed! This has been quite a journey, and I have learned SO much. I think, that at some point in the near future, I will start a thread about how to self-publish, and some of the mistakes I made. I would love to help other Indie Authors, so they might have a bit of a smoother journey than me. (as far as knowing what to do and what to avoid!)

Book three, Descent, is completed and at the editor! It is set to be released on September 30th!

I am still working away at trying to get exposure and find my audience for Bloodline. THIS is biggest challenge as an Indie Author....getting your book out there and seen. Just this past week I hosted another giveaway and had over 1,200 downloads which have so far led to some purchases and more importantly....five star reviews! Getting reviews is like pulling teeth, only harder. I now have 17 reviews with a 4.5 rating on Amazon, with hopes of getting some more in the next few weeks. It makes all the difference!

Here are the three, finished covers. (one of my key points of advice. Have them professionally done. It's worth it) 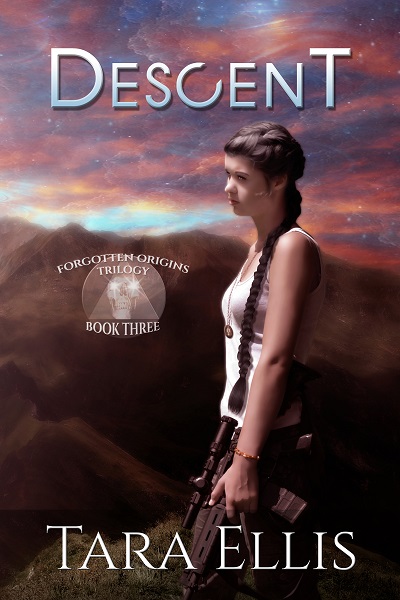 If...one day, I ever break-through that thick surface of social media and make a name for myself, you can say you saw me here first!!
edit on 11-9-2014 by westcoast because: (no reason given)