posted on Nov, 29 2013 @ 02:51 PM
link
Not sure if anyone noticed the link I posted to the non-profit of Kaitlin Roig-Debellis. In my opinion, she is certainly a public figure worth paying attention to.

To my knowledge, she was the first person involved in the events that day at the school to be featured on national television.

Within a few months, she very publicly launched her own non-profit.

Of late, you can see her flying cross country as a featured speaker.

I believe she is also still teaching, though I'm not positive about that. At the time that she launched her non-profit last spring, she was reportedly still teaching the same students.

Not really making any judgement one way or the other, but Ms. Roig-Debellis is certainly someone who has captured the spotlight as a result of the events in Sandy Hook and continues to be decidedly less than private.


One year later and still smiling. I just don't get it.


That's a pretty extreme extrapolation you got there. Once a mass killing is performed, the circumstances surrounding it become public domain. That's always been the deal and it's hardly the same thing as groping peoples' diapers in their wheelchairs randomly looking for bombs. I'll certainly allow that distinction.

As to the other member that said similar, who are you to make any distinction, or rules on this for that matter.


I'm just explaining what I think is right and just. You don't have to like or respect it or understand it at all.

That saved 15 children by hide all of Them in a " tiny bathroom ".

It seem she was in "classroom 12" that is the one that would have been the first one too notice Adam. Since She heard all the gun fire and large Windows / glass breake... Startet too hide the kids.


She says in the video;

I pulled the Bookshelf before i closed the door in front of it. so we were Complete barricade it.

their are badguyS out there now?

We are the First classroom. Why isnt He coming here ?

The gunfire was't that LONG. ? 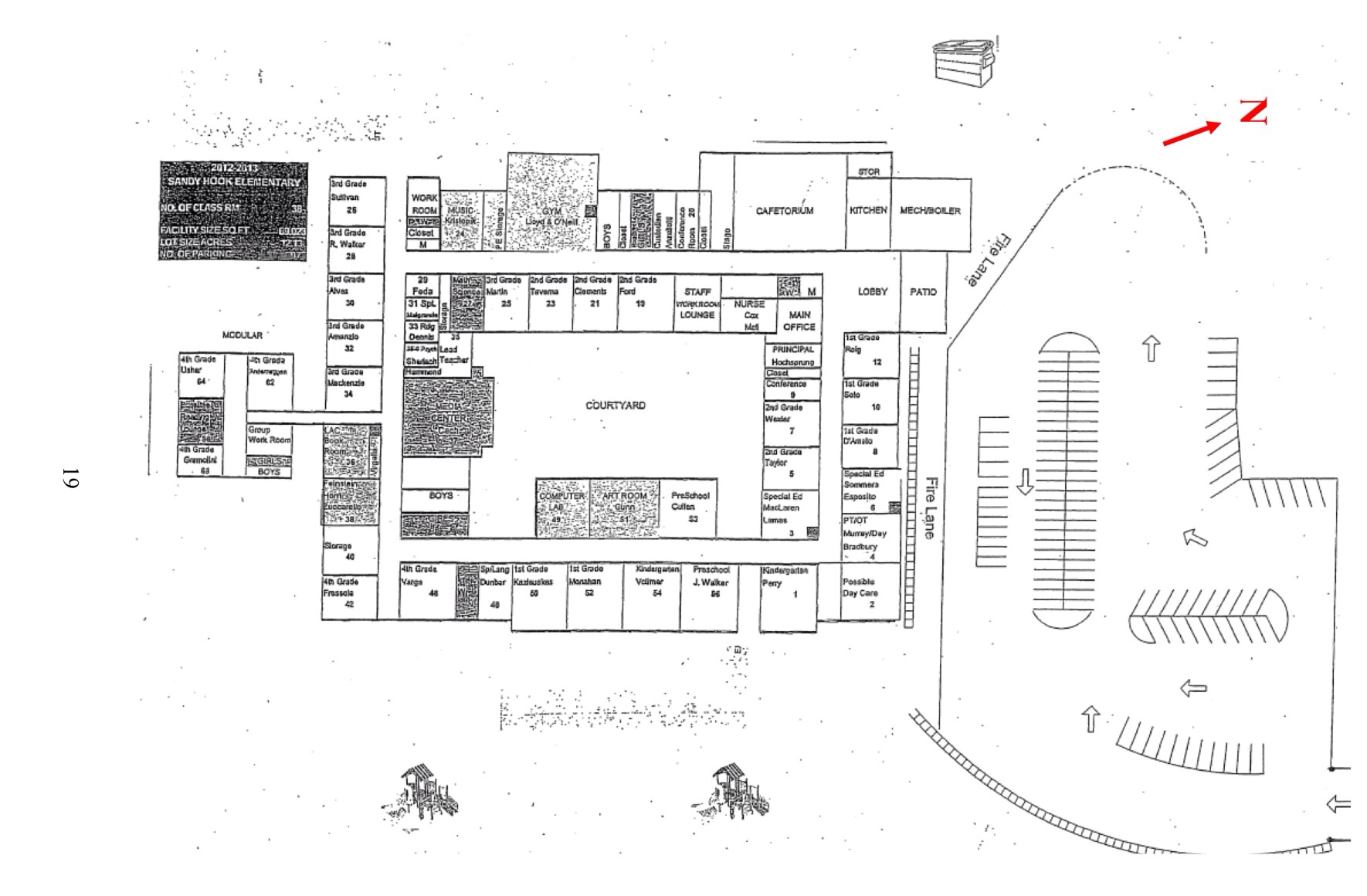 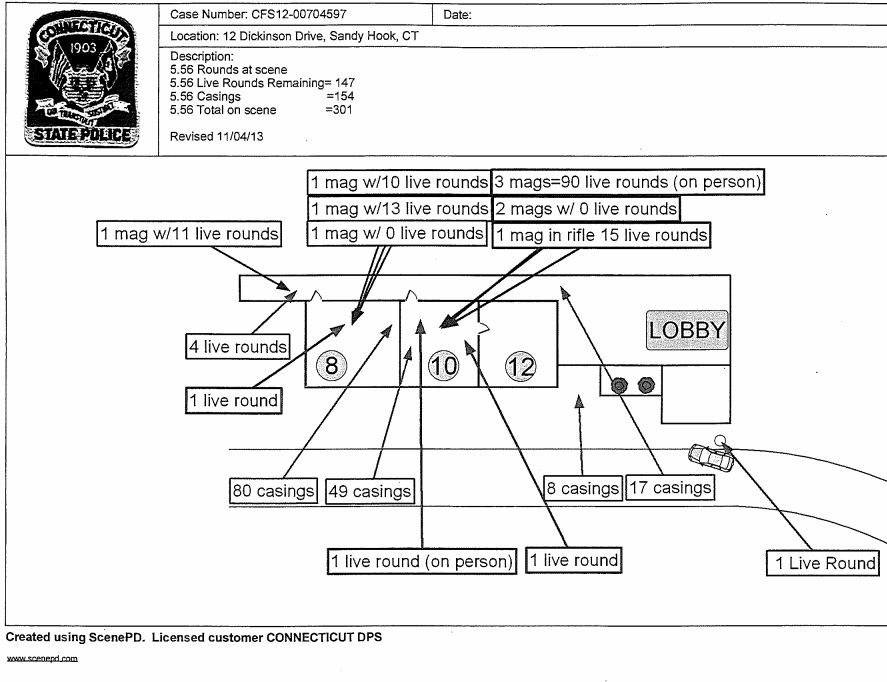 1Q: Is it normal too have tiny bathroom in the classroom, like a room with a smaller room in it( Maybe. I am not sure When thinking back on my time as a kindergarden in dk )

4Q : about the lock. Kinda stupid if a kid ( not on the Day of the shooting ) on a normal Day. Lock the door and the theacher has to get a Key too open the door. If the kid for an example has; breathing problems

Q5: how Can She barricade the door from the inside with the Bookshelf

Q6: how Can She say her classroom is the 1th. When the one map with doors show Its technical a second classroom too NR: 10 ????

From the OS final Report


Their privacy plays second fiddle only when they say it does right ?

Why do they need privacy ? So they can coerce some more
kids to lie for 'em.

This kid tells the world straight out while obviously being coerced
and displaying signs of being under preasure to remember what he
was supposed to say. Instead of what actually happened. Which
came out of his mouth anyway.

What do you remember about that day ?

Police and a drill.

There's a whole slew people in america that need to pull their head out.
All I'm sayin
edit on 29-11-2013 by randyvs because: (no reason given)


I'd like to know why anyone feels they have the right to intrude on someone else's life. NO MATTER what they did in the past. Focus on your own life imo. Might be a little need of fixing there.


I'm curious why someone would consider it "intruding on someone else' life" by having a civil conversation online. Unless I'm misinterpreting your point here....


If some conspiracy theorist were to attempt to contact one of these families, (or like that guy who was interviewed on the news, who had the kids at his house during the incident, who said he was being harassed over his story) then yes, that is definitely crossing a line. That's crossing about a dozen of them, and is clearly not cool at all. But simply discussing things that have been published, publicly, in the media?