posted on Nov, 26 2013 @ 11:00 PM
link
There have been projects to build devices capable of reproducing tastes before but this is the first device I've seen that utilizes electrical stimulation and temperature rather than chemicals. If it works, it shouldn't be difficult to miniaturize the unit into something pocket sized--maybe incorporated into something like a spoon to augment the flavor of foods without adding sweeteners, salt, etc.

A team from the National University of Singapore says it has developed a "digital taste simulator." Called the Digital Taste Interface, the device has silver electrodes that deliver current and heat to the tongue -- tricking your taste buds into thinking they've just encountered something tasty.

"By manipulating the magnitude of current, frequency, and temperature -- both heating and cooling -- thus far salty, sour, and bitter sensations have been successfully generated," lead researcher, Nimesha Ranasinghe, told The Telegraph. 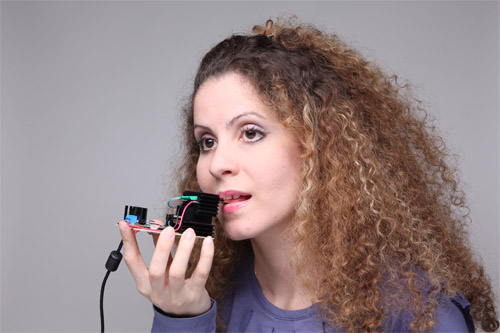 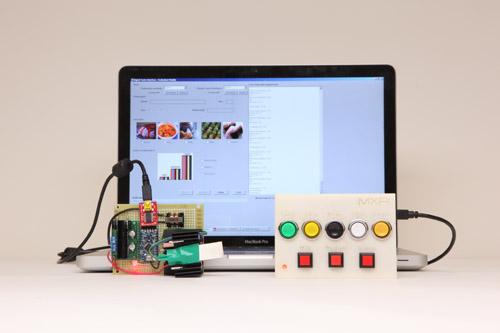 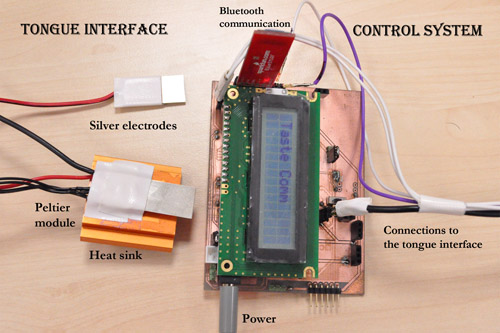 The developers state that they've been unable to simulate umami thus far. I'm skeptical about the efficacy of this device and it seems unlikely that it would be able to create anything approaching a subtle, complex flavor, particularly since there is no olfactory component. There was little in terms of the specifics of the operation of this device from the sources I read:

Signals that reproduce the four well-known major taste components – salt, sweet, sour, bitter – are transmitted through a silver electrode touching the tip of the tongue. The taste receptors are fooled by a varying alternating current and slight changes in temperature controlled by semiconductor elements that heat and cool very rapidly.

"We have found noninvasive electrical and thermal stimulation of the tip of the tongue successfully generates the primary taste sensations," says Ranasinghe. The device is a little clunky at the moment, but redesigning it will mean it can be in contact with the tongue when the user's mouth is almost closed. It was presented at the ACM Multimedia conference in Barcelona, Spain, last month.

Ranasinghe also foresees healthcare applications for his device. "People with diabetes might be able to use the taste synthesiser to simulate sweet sensations without harming their actual blood sugar levels. Cancer patients could use it to improve or regenerate a diminished sense of taste during chemotherapy."

Thus, in this research, a digital method for simulating the sensation of taste is introduced by actuating the human tongue through electrical and thermal stimulation methods. The digital taste interface, a control system, is developed to simulate the taste sensations digitally on the tongue. The Digital Taste Interface consists of two main modules, the control module (to formulate different electrical and thermal stimuli) and the tongue interface (which has two silver electrodes to wear on the human tongue).

The effects of most persuading factors such as magnitude of current, frequency, and the change of temperature have been accounted for stimulating the tongue noninvasively. The experimental results suggested that sourness and saltiness are the main sensations that could be evoked while there are evidences of sweet and bitter sensations too.

Very cool, but I think I will still prefer to eat my steak straight from the cow and not have to plug it in. This could have great impacts for weight loss and other dietary needs.

posted on Nov, 26 2013 @ 11:51 PM
link
wow this is the future of Mc Donalds I tell you.
you could nano size these and serve turds that taste like
Two all-beef patties, special sauce, lettuce, cheese, pickles, onions on a sesame seed bun.