Pupula Duplex - Rare eye condition that may freak you out 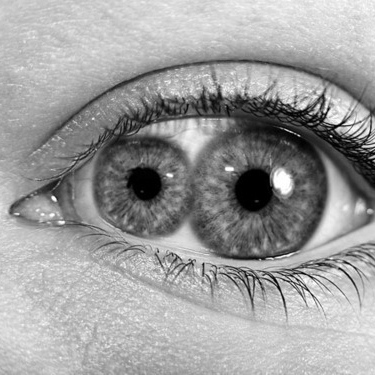 Pupula Duplex is a latin term which means double pupil. Its often referred by some by the following terms "evil eye", double iris and in medical literature as Polycoria. It is thought to be a condition where a person develops two irises, corneas and retinas on the same eyeball of each eye. It is really a mutation within th iris. 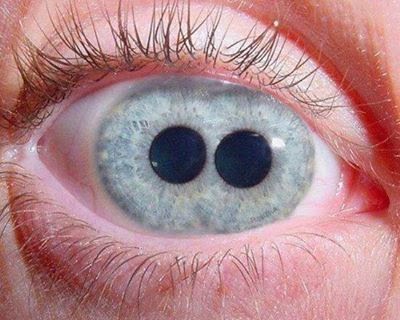 Although it is an extremely rare condition there are a few cases of famous historical figures who were born with this condition. This condition was given some credence when the famous Chinese emperor Liu Ch'ung was featured on Ripley’s believe it or not as having had this condition.

One has to wonder how someone affected with this condition sees, plus how their brain might be wired in comparison to conventional sight.

It's thought this condition is related to Polycoria, but, since it's so rare, there's very little to give concerted study on this mutation.

Thus, fair warning; if you ever encounter someone with really freaky eyes like this, they're not an alien or demon or anything such as so many poor souls were labelled and persecuted for with the more common Heterochromia (mismatched eye coloration) in the past. They're just regular folk with a freaky condition. Some may even be blind because of it.
Have a heart and try not to stare (too much), or freak out.

As for how these people see....i guess the brain would compensate for the weird view this would create. Just like hanging upside down for a long time, eventually your brain will turn the view around so that you see everything the right side up.

Just wait until someone finds a way to make this a cosmetic alteration procedure. Pupula duplex modification will be the new nose piercing for 14 year-olds everywhere!

It is kind of cool looking.

Thanks for the neat thread


That is really cool. Never even knew such a condition existed, but it instantly reminded me of this: 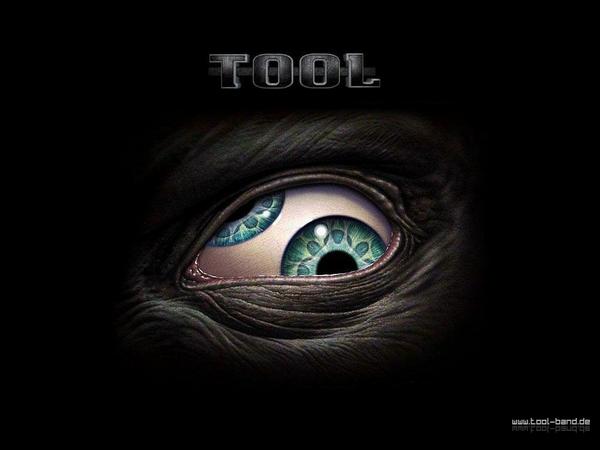 posted on Oct, 31 2013 @ 03:59 AM
link
I can't seem to find any actual proof that this condition really exists. I imagine its totally possible i guess, but haven't come across any actual medical evidence that this is real. it all seems to be based on some mythical warrior story. I don't think there is any documented proof. Would love to see some if anyone can dig it up. 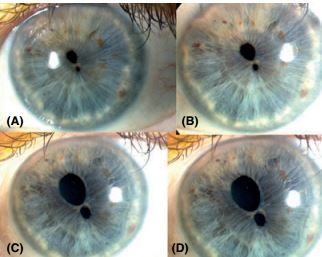 I have a friend with mismatched eye colors. I never thought of it as freaky. I just found it interesting.
I have to say though, two pupils would definitely stand out. Gotta be alien dna. LOL!


That is just weird, it would definitely freak me out a bit if i saw it. Although, to be honest, i would probably assume it was weird contact lenses!

A long time ago i used to share a house with some optometrists. It was always "lets get the eye disease books out" time whenever we ate! I don't remember this one but there is one where you literally grow horns out of your eyes. To be honest, i never used to pay that much attention to them so i cannot tell you what that condition is called but anyone with a big book of eye diseases maybe able to help.....