tldr mentality vs. the previous "No one-liner" mentality.

posted on Oct, 27 2013 @ 04:54 AM
link
Hey A.T.S.,
I wanted to mention that while going over archives of previous AboveTopSecret discussions, a lot of stars were handed out to people who were able to form coherent paragraphs and coherent thoughts that added something to the discussion. There was actually board policy enforced at the time that gave minor penalties to one-liners and comments that did not add to the discussion.

I am not concerned about one-liners, however, I am concerned about a mentality I see on occasion that someone posting a coherent argument and a coherent set of paragraphs to add to discussion on the message boards can be socially penalized, in a very minor manner, however

There is actually a scientifically valid test that could be used in order to come to conclusions about this, if someone ever wanted to set it up, regarding the amount of stars that longer posts and one-liner posts have received in the past compared to the present. You could even add in a control involving posts of rather short length.

All I'm saying is that people who do still have the ability to make coherent paragraphs that may be "tldr" simply haven't had their minds torn apart by technology yet, or are still following old social protocols. There could easily be benefits to momentary thinking with a weakened ability for coherency, as it is more adaptable, and that is a subject I am interested in at some point.

Previous A.T.S. culture can be accessed through the "Archive" function at the top of the screen.

posted on Oct, 27 2013 @ 06:30 PM
link
I don't see where the length of a post determines is value as to it's content. Saying something in fewer words often beats a long rambling post for clarity.

posted on Oct, 27 2013 @ 07:08 PM
link
You called? Oh nevermind, misread the title
I think being concise and to the point works better these days. Reading is not really in style anymore. Not many people appreciate the art of writing. People will accuse you of being pompous if you use too many big words, or saturate your writing with too much literary trickery

A space draws a visual distinction between different parts of an idea.

This also makes things easier to comprehend for ESL observers.

What matters... is not the grammar... but dictating the readers narration.

roadgravel
I don't see where the length of a post determines is value as to it's content. Saying something in fewer words often beats a long rambling post for clarity.

Why be penalized for saying what you mean either way? I don't care how much or how little you type, if I get it, I get it. Not my site though, not my rules.


darkbake,
I know exactly the sort of thing you are talking about. I have seen, just today, a thread where a member outlined an experiment they had done, and explained the results, while offering correct analytical approaches to understanding, and explaining the meaning of those results. The member was lambasted by posters in their thread, who claimed that rather than using all that "science talk" the member should have dumbed down, and used more universal language.

I personally hate this mentality with a passion. When speaking of things which require a modicum of actual intelligence to discuss, it is the height of ignorance not to try to use, where possible, the terminology which has been designed for that purpose or subject area. One does not offhandedly describe a black hole as "a big sucky thing in space", unless one is either five, or has a learning difficulty, or simply does not know diddly about black holes, and one cannot learn anything worth knowing about the universe, the planet, or any thing which happens in these volumes, by trying to navigate the plethora of human knowledge using the incorrect terms.

And yet people are prepared to abuse persons who use correct thinking and terminology in their writings and sayings here on ATS. How can one deny ignorance, if one marches under its tattered banner?

To be serious, after I do a long and thought-out post it seems to get less attention than the ones preceding and coming after it which are shorter and one-pointy. Just the way of the new type of reader that twitter, schooling, and 12-minute tv episodes have brought about.

posted on Oct, 28 2013 @ 08:25 AM
link
It appears to me some possible disinfo agents on here use short posts to get their post count up to have the semblance of some credibility - until you see that the majority of their posts are vapid.


So you advocate punishing the succinct for their ability to say what they need to say using fewer words?

posted on Oct, 28 2013 @ 10:48 AM
link
In a reply I try to be insightful,hopefully finding an aspect not yet mentioned and get to the point.One could make their point without having to provide a doctoral thesis long answer.


I agree that it is not always necessary to use an A4 page, when a post it note will do. However, I have seen far too much by way of the post it note chatter used, where what would work an awful lot better is just a little time and effort to actually communicate with other people, rather than just blurting short, and ambiguous statements.

Another problem, which in my opinion is bonded firmly to the obsession with overly truncated communication types, is the quality of the grammar being used around these parts. Believe you me, I am the last person to be able to comment on a persons spelling and grammar. I am constantly putting the i and the e the wrong way around in words, among other grammatical and spelling faux pas. However, I would like to think that I at least do a passable job of communicating my intent, that the meaning I am trying to impart winds up affecting the reader in the correct way.

However, there have been plenty of examples of late, of members abandoning all linguistic norms, in favour of delivering a message quickly, or with as little mental effort as possible. This sort of behavior is not conducive to efficient communication between members. What use are these short, mangled posts, if all that will happen is a response to these sorts of comments, asking for a clarification on a point, or a rephrasing of a previous point? While I understand a preference for speed and efficiency, a short post which fails to communicate ends up causing a clunkier discussion, and is LESS efficient because of the confusion that it can cause. Of course, short posts which exactly strike the head of the nail are to be welcomed, but I rather think it might be an idea to re-establish the primacy of the written word as both a communication method AND an art form.

If everyone took pride in the way they communicate with others, perhaps there would be less of a problem?


You've got a fine mind, darkbake, I am also very interested in the subject matter of your OP. I don't think that people realize that by the very act of posting things to public forums, we all are engaging in the struggle that is going on globally around how we will all express ourselves in writing.

It's especially fun, because we altogether seem to be functioning as a single organism, rejecting this mode, and accepting that mode, trying to achieve homeostasis.

I am on the extreme other side of the fence: if the post looks like it belongs on Twitter or in a text message, I will close down the thread without reading a word and move on to something else.

ATS provides massive power for self-expression through UGC. Use it or lose it, I say. We are only in a transition phase right now, the power of fashion and the over-arching will of humanity to make a good appearance publicly will lift us out of the morass. One's ability to communicate clearly and cogently will become like good penmanship.

TDawg61
In a reply I try to be insightful,hopefully finding an aspect not yet mentioned and get to the point.One could make their point without having to provide a doctoral thesis long answer.


Very true, but all too often intelligents seems to be treated as some sort of alien life force 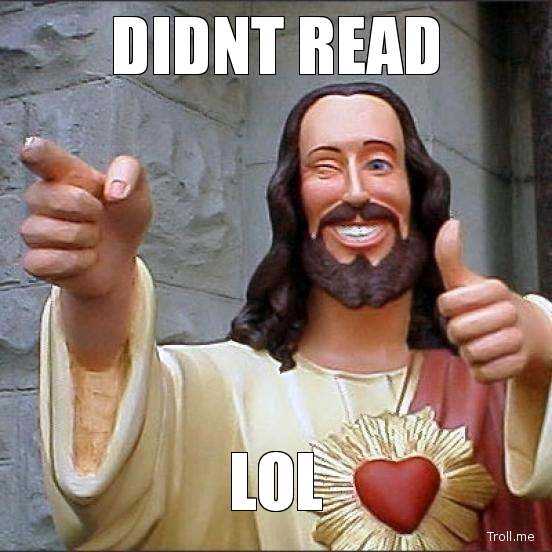 I had more thought back then there really isnt much to say about alot of posts today..

Posts back then you can read 3 days and it would be awesome...

Actually come to think of it alot of posts on ats today have very little substance..

Roadgravel you can at least agree with that..

The reason ATS was the awesome was because of all the cool people who used to be here...

PlanetXisHERE
It appears to me some possible disinfo agents on here use short posts to get their post count up to have the semblance of some credibility - until you see that the majority of their posts are vapid.

It is not disinfo agents so much as it is an entire disinfo generation.

I have noticed since 2010 that the newer members hardly ever give out stars,
and when they do it has to be a post short enough that the star is still visible
by they moment they agree with it.