posted on Oct, 24 2013 @ 12:15 PM
link
I truly love this site, but sometimes when I hear ignorant comments coming from people that do not understand how the system REALLY works, its comforting for me to share things like this.


Here is a piece of evidence that seriously cannot be debunked, derailed, or cross referenced with those that think that people on welfare, are greedy, lazy, and taking advantage of the system.


The video below, released this week by the service employees’ union, shows a concrete example of how private corporations that pay poverty wages profit by imposing part of their labor costs on the rest of us.[/ex]

In our society, people like Nancy face a significant degree of stigma for accepting public benefits, but the real “welfare queens” in this story are McDonald’s shareholders, who pocket the difference between what the company pays and what their workers’ need to make ends meet. They use their lobbying power to oppose minimum wage hikes, but they haven’t beaten back deep cuts to our social welfare system.

This kind of subsidy is incredibly common in today’s low-wage economy. According to a study released last week by the Labor Center at UC Berkeley…

More than half (52 percent) of the families of front-line fast-food workers are enrolled in one or more public programs, compared to 25 percent of the workforce as a whole.
The cost of public assistance to families of workers in the fast-food industry is nearly $7 billion per year.
At an average of $3.9 billion per year, spending on Medicaid and the Children’s Health Insurance Program (CHIP) accounts for more than half of these costs.
Due to low earnings, fast-food workers’ families also receive an annual average of $1.04 billion in food stamp benefits and $1.91 billion in Earned Income Tax Credit payments.
People working in fast-food jobs are more likely to live in or near poverty. One in five families with a member holding a fast-food job has an income below the poverty line, and 43 percent have an income two times the federal poverty level or less.
Even full-time hours are not enough to compensate for low wages.

This isn’t how a “free market” is supposed to work. These workers are selling their labor for less than the cost of production – less than what it takes to provide basics like food, shelter and health care. Low-wage employers are in turn keeping the cost of their products artificially low by socializing a chunk of their labor expenses. And while we may be enjoy a cheap burger, we end up paying more for it when taxes are pulled out of our paychecks.

I wish there was more that I could add, but seriously the video and stats easily speak for themselves.

posted on Oct, 24 2013 @ 12:27 PM
link
I have been working for a collective of some very wealthy Americans here in Canada for several years

They don't pay us in winter unemployment does. If they didn't use our system then they would have to pay full price

Since they expect us back every season, while the system requires we be looking for work while on unemployment, it seems very irresponsible to use the system this way.

BTW many of these people are policy makers down south, ( and they have undue influence around here too ), so what the OP is on about appears to be the business model of choice with that certain wealthy class that has been funding communism and totalitarianism around the world for years.


The reality is that McDonalds doesn't pay its entry level employees any less than most small businesses do. States determine minimum wage - private corporations do not. Why does anyone feel they (or their government) can direct a private company to pay a certain wage in a free society? When did we all become busniess owners with skin in the game? 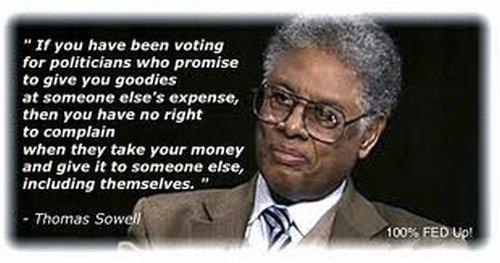 
Good point SB, but who ( in reality) pays the politicians that determine the minimums?
for example I understand fienstien was worth about a mil when first elected and now is worth 100 mil...

Who made free trade, and out sourced the good jobs, and who determines the cost of a good education...?
Who spent all the real money bailing out mega bucks?
It's not just about minimun wage, its a multifaceted situation
edit on 24-10-2013 by Danbones because: (no reason given)

posted on Oct, 24 2013 @ 12:42 PM
link
Okay. Say the welfare wasnt there. Would places like McDonalds suddenly pay higher wages to burger flippers? No.

If McDonalds paid their burger flippers $20/hour would that eliminate welfare as a "need"? No. It's just make $20/hour the new # wage and everything would scale accordingly in due time.

You'd think after ten years without a raise or step she'd risk that minimum wage job for at least another minimum wage job. Where I am, in the styx, these entry level jobs are a dime a dozen and open for crazy long periods of time as if there are no applicants to fill them.

You're not walking away from a pension, 401K, status or longevity here. You're walking away from a burger joint that hires mental handicaps, 16 year olds and 90 year olds. Not adults with families to care for. BTW, the longer you work a job like this the less likely anyone is to hire you for anything else. Every year you think you might be closer to a raise is another year farther from anything better. It's a sort of type-casting. You dont retire from McDonalds. You run from McDonalds.

It sucks and it's hard but without taking any chances you'll never get anything better and when you're pulling in minimum wage as McDonalds it should be pretty easy to take that chance. Very little downside and a whole lot of potential upside.

posted on Oct, 24 2013 @ 12:44 PM
link
why would McDonalds want to pay for it, when they can pawn the cost off on the taxpayer, and blame democrats for excessive socialist spending.

posted on Oct, 24 2013 @ 12:46 PM
link
MacD used to hire people on thier way to a better job and a few supervisors were kept on with a better wage package for continuity...
Now MacD IS the better job


Where is she supposed to run too again? A decent paying factory job? Those are in China now and they dont pay so well. Even GM employees now start out at just $15.00 per hour.

We let this happen. Remember when the Reagan administration told us we need to reeducate ourselves because we are losing our MFG jobs? It was a BS sales job so we would let it happen. All those Reagan worshipers said yeah get off your butt and get an education....pfffft.

UNION. The United States is a UNION, yet the ultra shortsighted stupid people let big business demonize unions and here we are.


This is not a prediction it is a fact. Inflation will take anyone making under this amount out of the economy in the next 2 years. This means you will not be able to by food or shelter. And no amount of bailout welfare goodness will stop it. And if you make over this amount trust me when I say this will touch all of us. What happens when 50% of the people can not afford to live...........EPIC IN NATURE.


the real welfare queens are big corps,
which is why they are spending so much money demonizing food stamps ect,
because people LOVE to hate the little guy taking a little,

the entitlement argument is intended to distract from the real socialists,
who intentionally hire at low wages and get the government to pay the short fall,
so the blame can be SHIFTED onto the workers instead of the corps.

whats interesting is that you cant or wont recognise that "entitlements" go to share holders and the bills go to the tax payers,

this is socialising costs (labour) and privatising profit (value from profit)
where is your misplaced out rage?


There isnt much that can be done about NAFTA and globalism since everyone in charge loves it so much, Democrats and Republicans alike.

That was what, 30 or 40 years ago that this all started? It shouldnt be a surprise to anyone born in the 70's that you cant raise a family of 5 and buy a home in suburbia cranking out widgets for $50.00 an hour anymore.

It's not like reality sneaks up on you. Big shocker kids cost money and a high school education is worthless!

Have 3 kids and get an art degree from community college and holy crap you cant find a job!!

There are # jobs that at least offer meager advancement. I've had four at one time for 6 years paying my way through school. You dont get one of these jobs and just sit for a decade. You change over and over until you find a place that respects you and your labor. If you have to change six jobs in a year you do it.


the real welfare queens are big corps,
which is why they are spending so much money demonizing food stamps ect,
because people LOVE to hate the little guy taking a little,

the entitlement argument is intended to distract from the real socialists,
who intentionally hire at low wages and get the government to pay the short fall,
so the blame can be SHIFTED onto the workers instead of the corps.

whats interesting is that you cant or wont recognize that "entitlements" go to share holders and the bills go to the tax payers,

this is socialising costs (labour) and privatising profit (value from profit)
where is your misplaced out rage?

Are you blaming the workers for been in this situation or...?