posted on Oct, 23 2013 @ 05:32 AM
link
Phu Phrabat is a historic park in the Phupan mountain range in Isaan, Thailand, with an ancient heritage first formed by moving glaciers 260 million years ago.

Geological evidence suggests that when millions of years ago the icy sheet of the glacier defrosted, the moving icebergs crushed the earth with their gravity force causing the large scale of glacial erosion in Phu Phrabat. The result of these physical geographical changes left different strange shapes of rocks and menhirs that were carried down and were deposited here as the end moraine. 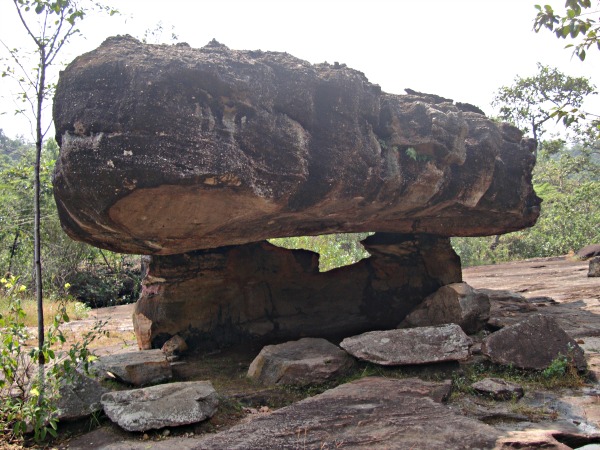 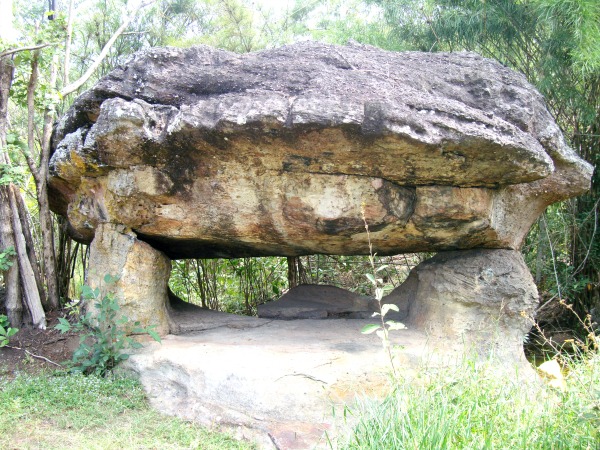 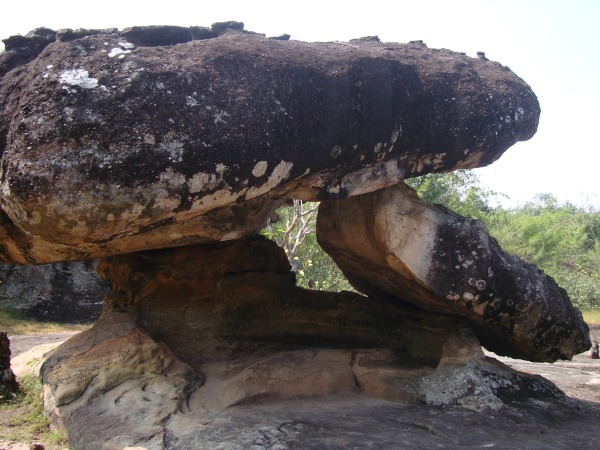 Stunning rock formations feature boulders incredibly balanced on top of each other. The top part of these formations are darker and have more marble and possibly more granite or slate in their composition evidence of an older time than the softer sandstones underneath which were carved in different ways by time and erosion caused by following rivers after the glacier movements. 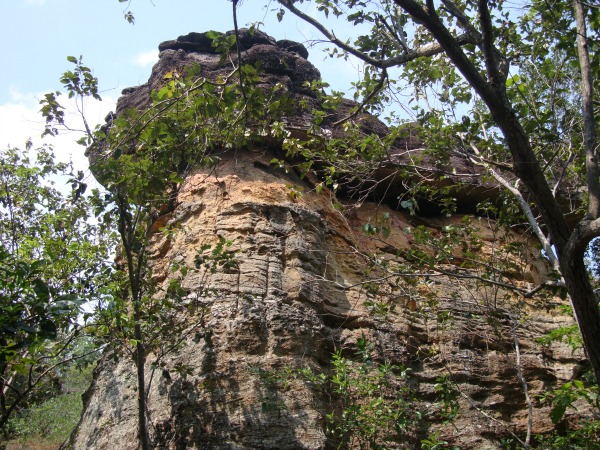 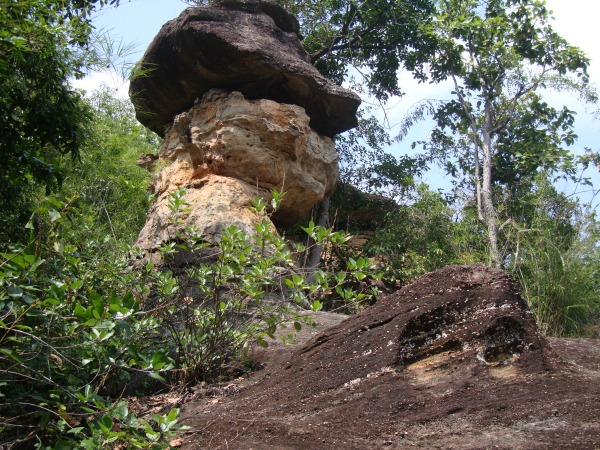 According to various sources prehistoric men have lived here between 6000 to 3500 years ago. They have left their evidence in the carved out ground for shelter and comfort underneath overhanging boulders and in artistic rock paintings of which the ‘oxen’ and ‘seven people’ are the most famous. The formula of this lasting paint is a mixture of reptile eggs, red ochre, bird spittle and blood. 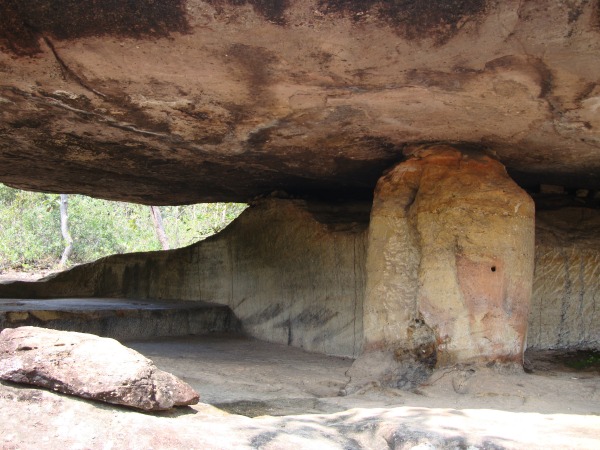 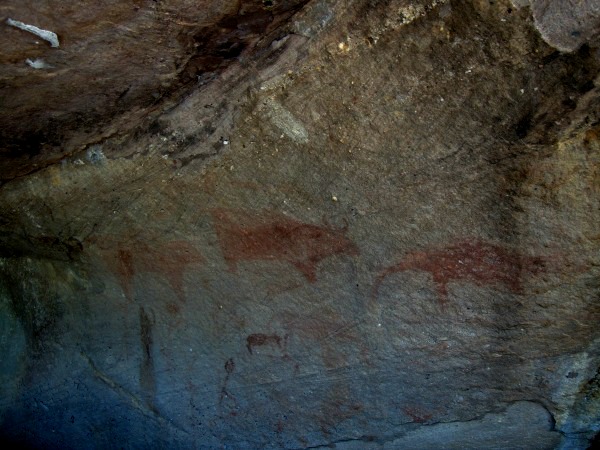 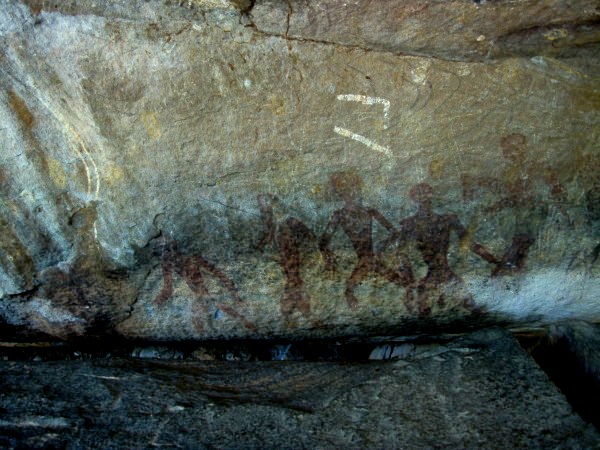 During a period called Dvarvati of around the first millennium people migrated from northern parts of India, via Nepal, Burma, Laos, Thailand further to Vietnam and some even left by boats to Japan. They left behind signs of their culture while passing through or staying at Phu Phra Bat in form of Hindu and Buddhist alters, reliefs and sculptures for worship. It is these men who have also placed eight shiva stones around the most sacred shapes one each for the eight directions to keep a sense of time. 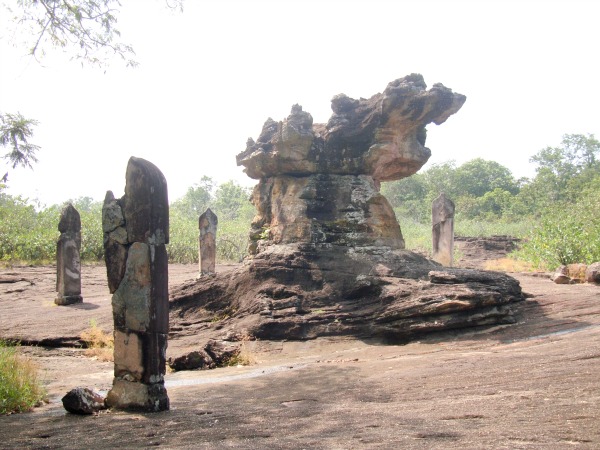 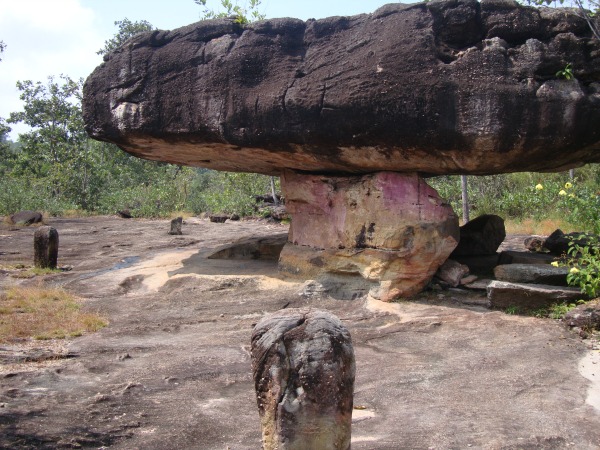 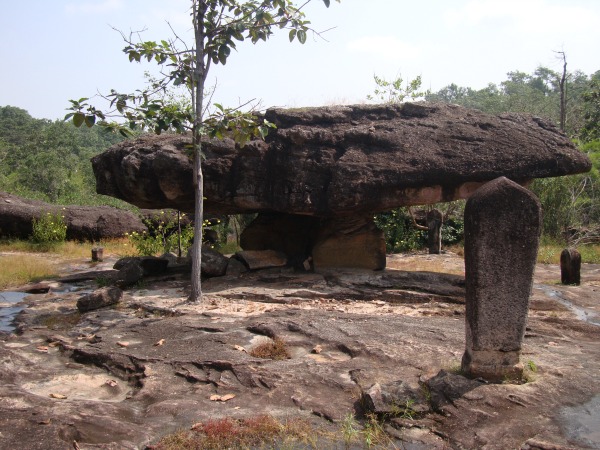 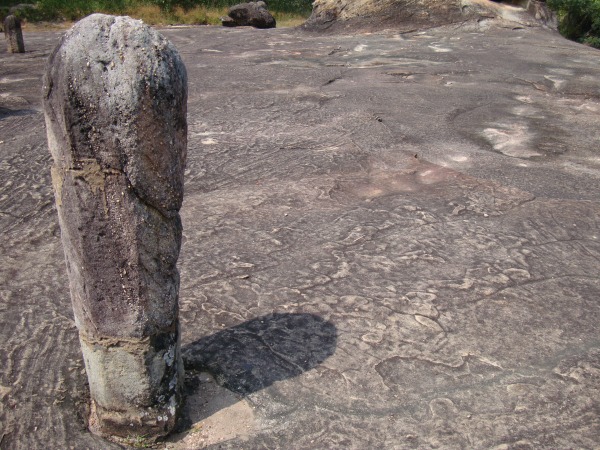 Only very little evidence of Dvarvati Hindu and Buddhist sculptures remain in the mountains because in the era after 1975 vandalizing ‘merchants’ spoiled the sacred forest and relicts and there is not much more left than broken pieces, niches holding secrets in the faded stone behind ghostlike space where either gods would stand or buddhas would sit, eroded carvings and a treasure left behind due to an inaccessible area preserved by nature. 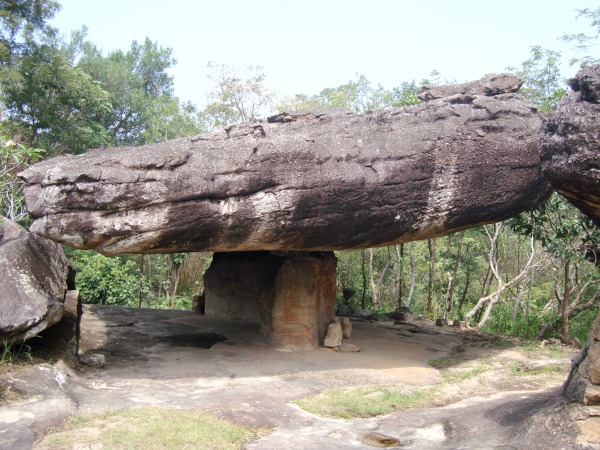 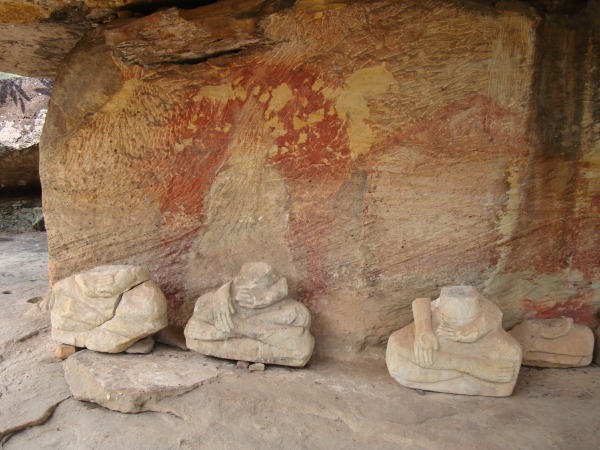 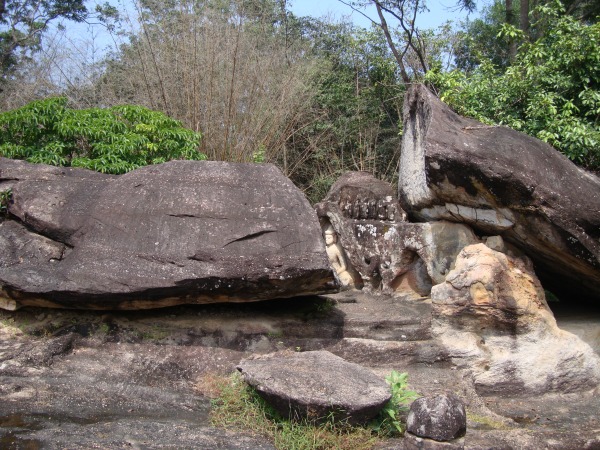 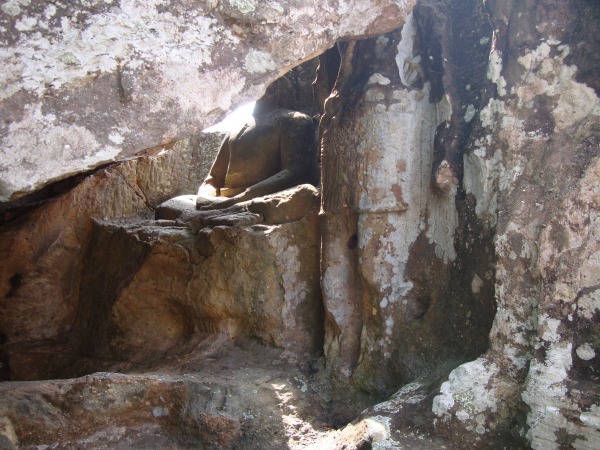 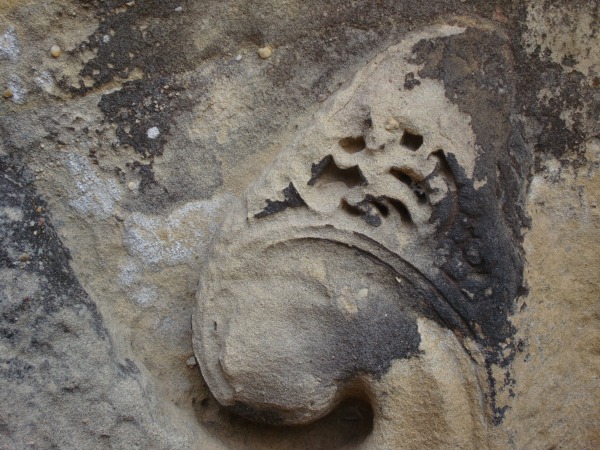 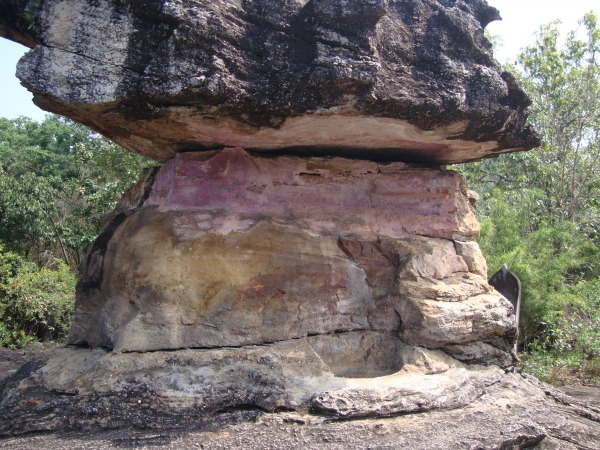 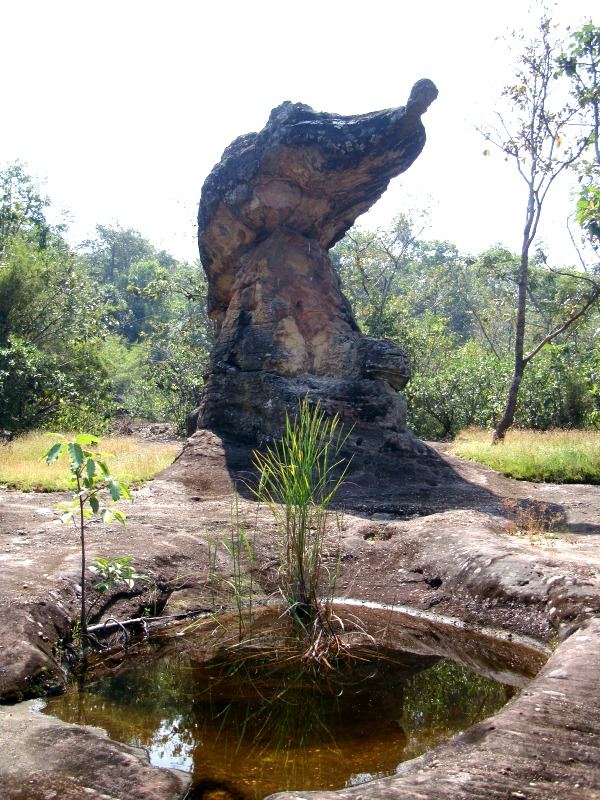 The formations often feature natural water holes for cleansing rituals nearby which were already used by their prehistoric predecessors.

The most famous rock formation is Hor Nang U-sa. There is a charming and disturbing legend around this rock about a beautiful princess who was held captive in the chamber high up in the rock by her overprotective father the king and how she gets word to her beloved and then eventually is rescued. 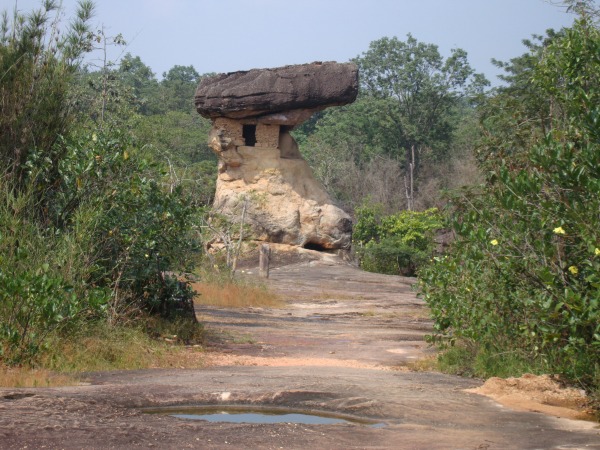 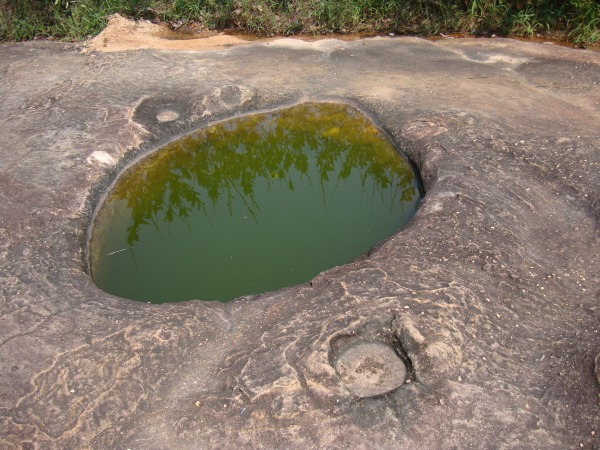 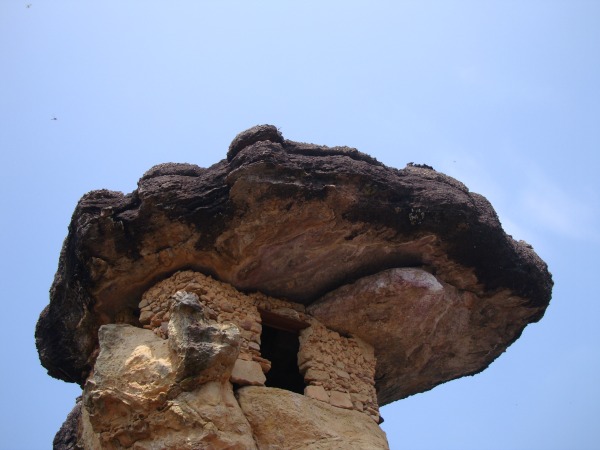 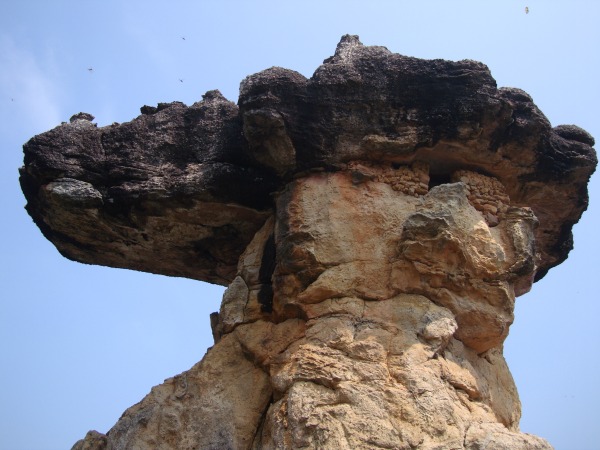 posted on Oct, 23 2013 @ 05:36 AM
link
There are similar stone enclaved in south America as well used by the shamans, for dreaming practices.

Beautiful natural sculptures. Thanks for sharing.