posted on Oct, 15 2013 @ 02:46 PM
link
The Indian government is digging for treasure after a Hindu village sage dreamt that 1,000 tonnes of gold was buried under a ruined palace, and wrote to tell the central bank about it.

The state Archaeological Survey of India has sent a team of archaeologists to the village of Daundia Khera in the northern state of Uttar Pradesh. They are due to start digging on Friday, Praveen Kumar Mishra, the head archaeologist in the state, told Reuters.
Yogi Swami Shobhan Sarkar says the gold he dreamt of belonged to a nineteenth-century ruler, Rao Ram Bux Singh. He says he wants it in government hands to help India recover from an economic crisis.
"I cried the day I realised that India is going to collapse economically," the seer told the MailToday newspaper. The dead ruler's spirit has been roaming the palace and asking for the gold to be dug up, he added.
"It is a hidden treasure for the country."

The archaeologists plan to dig two 100-square-metre blocks beside the palace.

Well I suppose they must be pretty hard up to actually follow this through, it's hilarious. 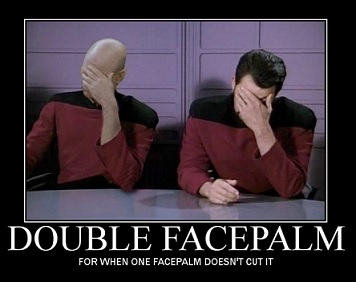 I am fully prepared to eat my words if they find the 1,000 tonnes of gold.


Yeah I suppose it will be interesting to see the outcome of this, I just feel for the poor guy if there is no gold there I mean that is a massive amount of gold he states, it would be enough to replace all of India's imports for a year and be worth billions, his sage reputation will be completely ruined lol

posted on Oct, 15 2013 @ 03:22 PM
link
I'm thinking that the sage may have a good track record or the government may have found the gold with some sort of new technology and is using the Sage's reputation to dig it up without getting the public riled up. It may be nothing, just screwed up technology giving a false reading also. They gold leafed a lot of their things all over the world long ago, finding pure gold in that quantity would be rare.

Maybe the sage doesn't know the different between a ton and a gram.

posted on Oct, 15 2013 @ 03:53 PM
link
The sad thing is here in America we don't have sages to find gold. We have people like Kim Kardashian a.k.a. gold digger extraordinaire.
Maybe India will accept her as a gift to help find all their lost gold.

Be prepared though - the gold might not be the metal kind.


What other kind is there?

I think the government there now will be inundated with similar requests from seers/sages/mystics/attention seekers, all wanting them to take their visions seriously.

I wouldn't think the seer would need to have a track record. There are plenty of people in India willing to do work for next to nothing and digging is not exactly skilled labor so with the amount of individuals being paid next to nothing to put a bit of food on the table they will probably have the two holes cleared in a matter of days.

What other kind is there?


In most ancient / mystical traditions "gold" is code for a variety of things: secret knowledge, wisdom, the 'key' to individual or cultural development...

Now to decide how to split the booty....if there is any.


Ah the poor guy! his reputation as a 'seer' is now ruined!

Hope he has a backup career


1,000 tonnes of gold is quite a lot to keep quiet! From various media reports and pictures that I have seen the place was crawling with people and media, even more so since the story broke in the mainstream media over there, naw I think it was dud, no way could they keep it from that many onlookers/reporters/workers.

Just randomly digging seems as crazy to me as going on some sages dream!


Well it is probably because of the real story this past year where they found billion dollars worth in that religious building. Sorry I don't remember where it was but it was incredible.

Made me think about here, if people only knew there is no gold that our economy is based on. It's gone, they spent it lol.

posted on Nov, 1 2013 @ 06:40 AM
link
Govt. claims its going to take months to actually get to the gold( if there is any ) , besides govt. is digging for gold to pocket it and not to save the economy ... Either way , we wont know anytime soon , digging will go on over there for months ...


If they do find gold, I'd assume they'd consider this guy for finding El Dorado, Atlantis. Someone might get this guy up there with the Prophet-Gold Detector list.

Seer Shobhan Sarkar is adamant even after the total failure initial excavation. He states "Unnao gold will not be found unless I am invited".

UNNAO, UP: While the ASI was digging out nothing but broken glass bangles and pieces of rusted iron during the excavation inside Raja Rao Ram Baksh Singh fort here, seer Shobhan Sarkar on Thursday claimed that gold would be found only if he was invited to the site.

Making his first public appearance almost two weeks after the excavation started at the fort in Daundiya Kheda, Sarkar said,"the gold would not be found unless I am invited to the site."

Though the officials concerned have not said anything about finding a rock surface during the excavation, Sarkar said that after breaking it (the tough surface) the ASI officers would know the truth about the treasure.

Sarkar also told reporters that the truth could have been unearthed had the operation been carried out by the army.

This just in: Seer Shobhan Sarkar states 'If digging is not accelerated gold will disappear'.

Unnao: Even as digging to unearth 1,000 tonnes of gold, said to be buried beneath a fort in Uttar Pradesh's Unnao district, continued for the third day on Sunday, the seer who dreamt of the buried treasure was reportedly upset by the slow pace of work being done.

As per reports in a leading daily, the seer, Shobhan Sarkar, left the 19th century fort upset at how the ASI team was carrying on the digging. He also supposedly said that the slow digging by ASI men may make the treasure vanish. Sarkar is the head priest of the temple near the site in Unnao village. As of now he is said to be at his ashram in Shivli Kanpur Dehat.

Baba’s devotee Munna Singh was quoted by the daily as saying, “Bring in the hardware and Baba will give the treasure in less than 10 hours. If the digging is not accelerated the gold will disappear from current location.”

Meanwhile, there was no indication of the treasure yet and the digging was being carried out amidst heavy security. The excavation work is being done at the ruins of Raja Rao Ram Bux Singh's fort, near Daundia Kheda village, 70 km from Lucknow.

An per an ASI official, as reported in a news agency, they had not found any indications of the presence of the gold or any other metal as of now.

Seer Shobhan Sarkar had a dream about presence of large quantity of gold buried in the area and had approached Union Minister of State for Agriculture Charan Das Mahant, and the PMO, telling them about his dream. Later survey and excavation were undertaken and it was decided that digging should be carried out in the area.

Initial findings had suggested that there was some metal present underneath the earth, due to which the ASI teams decided to go ahead with the digging.

Sarkar demanded for a live telecast of the work.