We Are Not People. We Are Data.

posted on Sep, 20 2013 @ 12:00 AM
link
I cant for the life of me figure out what compelled me to write this, as I know little about computers, but something just dawned on me and I wanted to share it.

Many people are concerned with their privacy, not just on the internet, but in life in general, and I think that we have been looking at it in the wrong way, so I am going to try my best to explain it the way that my brain has just explained it to me, so please be gentle, and bare with me,

I think that those people that are less concerned with privacy issues is due to being unbelievable that anyone/anything can find out things about each and everyone of us, and yes this is fact. BUT.... here is a little tidbit that can help to understand exactly how this works and how it is a concern.

The programs that are currently pieces us together, or not looking for John Smith 1234 Main St, Anywhere USA. They are looking for individual pieces of Mr. Smith. Like lets say his movie views. Mr. Smith enjoys watching documentaries about wildlife, he watches through internet and DVD delivery to his home. He watches 5 documentaries a month, and there are 2 million others that are doing something almost identical in the US monthly. 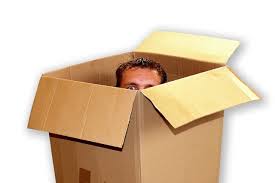 We as individuals are useless pieces of information to those that wish to "figure us out". Yet we as a group, well now there is where the money is! Group information is the easiest way for us to be figured out, where we eat, what we watch, what we search. The thing is, is that the one box that Mr. Smith started in, is not a man/person, but a number, a statistic, something that can be traced, and eventually figured out.

When Mr. Smiths hobby was fixated on, he became more than just a casual observer of the wild, but because of his credit card that was used to get his documentaries, and the birth certificate, and social security card he had to show to get the card that he used for his subscription, and the job that he has that is direct deposit for the credit card for the DVD subscriptions and so on and so on.

This is when Mr. Smiths box changes. 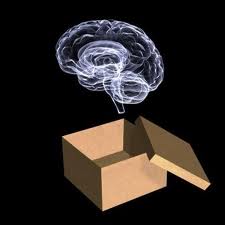 Now he has something of value. He has a pattern, and for every business and research model, you need value.

Now with all of the above including the important parts such as identity, hobbies, relationships, online ordering, even online dating, and magazine and newspaper subscriptions, Mr. Smith is now in a box with many other boxes. He is now part of a larger group, but since this isnt a man working in an office handwriting these things personally, there are supercomputers that do that work for him. From Mr. Smiths habits he is now part of a bigger picture which is easier to follow, and with set patterns (the way that computers were made to function) he is easier to acknowledge, to figure out, to control. 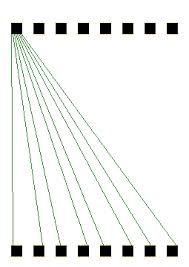 Ive seen many threads with poster claiming that we are insignificant, what the hell do they want with me, Im boring. Well your wrong, sort of. You as a consumer, employee, a republican or democrat, sure your not in the limelight, but please believe that you are just as important as those who are whistleblowers, activists, and even those that are considered a harm.

You are part of a collective, of a group far beyond what you can comprehend. Eventually all the info that is collected and willingly given will give a full and complete persona that may know you better than you know yourself. We need to learn to live outside that box, to be free, even if acknowledging the invisible bars is the first step to getting away from them. 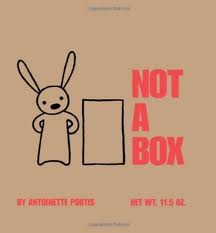 
Welcome to Google-land home of the Not evil thre...free marketeers.

Alot of people are worried about da gu'bernment getting all our info but what they don't understand is that they are not the real threat...

Corporations & advertizing agencies are making millions off of "you" - who you are, what you do, what you like, what you don't, what you eat, who you talk to, how many times you go to Walmart in a week, what kind of cereal you buy when you're there, how many miles you drive, where you drive, who you call, who calls you, where you work, how long you've worked there, your education level, what you like to do for fun, your hobbies, & even that thing you thought nobody else knew about, & on & on & on &on &on...

They know more about you than you do...I promise.
And it's all worth money - and where's your cut you ask?

posted on Sep, 20 2013 @ 12:33 AM
link
not just your demographics and interest and all your other regular characteristics, but each and every organ in your body is a set of mathematical statistics... even your hopes and dreams, it's math. It doesn't mean you don't really think it or feel it... but there is a science behind everything and science can be decoded.

Imagine the amount of energy going through a processor on a computer that knows all about you...and you can't even see it... the data going through the small processor...and it's just energy. It's all energy, everything...it's just a matter of knowing the code. Finding the program language to interpret it. Our brains interpret our thoughts...because it knows the language of thinking and it never even knew before being told that is was just energy. It just did what it knew how to do. A computer interprets data and the more sophisticated they become, the more they will be able to interpret all of those languages.

S&F for the thread, but you will never escape that you are data...written in human language. You would be able to no longer be human before you were able to not be data. You could try to be the most unpredictable date in the universe, but you will still be data.

However, I do think it is of great importance to pay close attention to the data you add to your own collection. Is it helpful? is it useful? Is it considerate? Is it healthy? That's something you can actually control.


Name: NRE
Category: Internet User
Status: Unhappy
Posting History: Conspiracy Websites
Notes: Keep an eye on this one. She's on to us


There are 10 types of people. Those who know binary, and those who don't.


There are 10 types of people. Those who know binary, and those who don't.


Getting a chuckle from binary based humor was a pleasant surprise for me this morning.


Yep. We see this in the simple advertisements that pop up here and there that are related to our web visits. I ordered a pair of shoes a while back and had shoe adds popping up for weeks....everywhere I went on line. I understand that this doesn't surprise many. I hate the way it makes me feel though.


It is unfortunate, but true.

I collect various pieces of data to better tailor my offerings to my customers. Based on Boncho's recommendation, we have begun utilizing similar capabilities with FB ads.

I am unsure where that line should be drawn, however, between me as a small businessman trying to market a better product versus the NSA figuring out what makes humanity tick?


Excellent. Well done. And of course, absolutely dead on.

posted on Sep, 20 2013 @ 04:34 PM
link
Its fairly simple, as we are not that complicated. We are creatures of habit. We long to be part of the collective, as being an individual is frowned upon. I wrote a thread about a month or so ago What Google Knows About You, Its Scarier Than I Thought and ever since then I have been at least trying to get myself out of the loop.

Please dont think that its too late either, its never too late. I drives me nuts for those that say "oh well, what can I do now?". Well.. a lot. This as any other thing only get more advanced. So, if you decide to opt out now, then it based on "past" info as opposed to continued info.

Let them keep what they want from before. I have 3 search engines, and out of the three I alternate between them. Think this doesnt matter? Well it does. Ever since doing that I have done even more extensive research without the initial fear.

Hey, they may still find out, but Ill be damned if I make it that easy!

NoRegretsEver
I think that those people that are less concerned with privacy issues is due to being unbelievable that anyone/anything can find out things about each and everyone of us, and yes this is fact. BUT.... here is a little tidbit that can help to understand exactly how this works and how it is a concern.


While much of what you wrote is true I think the threat is exaggerated. My lack of concern isn't because I don't believe that things can't be found out. It's because I just don't care.