NEW YORK – An office tower is subject to forfeiture because revenue from it was secretly funneled to a state-owned Iranian bank in violation of a U.S. trade embargo, a judge ruled Monday.
U.S. District Judge Katherine Forrest made the forfeiture finding in Manhattan, ruling in a case brought by the U.S. government in 2008.


Well...I am stunned, this is some interesting booty(as in treasure trove). I wonder what all there is inside this Black Skyscraper of terrorism?


Save this website and article....This poor judge will "cease to exist" and this building will be back to war profiteering in no time!!

Sad that more of this crap isn't brought to law....

posted on Sep, 18 2013 @ 02:12 PM
link
After reading this article, it looks to me like these people were steam-rolled by the courts and the government.

"The Government argues that Alavi asserts a sort of collective amnesia," she said. "The court finds the analogy apt and its reality implausible. No rational juror could believe in such extraordinary amnesia."

"The Foundation was ready for trial and is disappointed that it did not have the opportunity to rebut the Government evidence before a jury," it said in an emailed statement.

"Having engaged in a money laundering violation, the entirety of the 650 Fifth Avenue Building (the business premises) and all of the associated bank accounts are subject to forfeiture -- even if they were not used in the money laundering offense itself."

This stinks to high heaven and I would not go as far as to say this had anything to do with terrorism......I'm going to have to look into this a bit more.
edit on 18-9-2013 by sheepslayer247 because: (no reason given)

Save this website and article....This poor judge will "cease to exist" and this building will be back to war profiteering in no time!!


Scary thought...I try not to get worked up about things when a sh&t storm happens...But when the dust settles then we will see, the worst part is the waiting & unknown...I won't be able to breast feed this thread because I am in the middle of canning...I will check on my breaks, thanks for your input...

Apparently, the history of this building goes back to the days of the Shah, the dictator installed by the US.

The judge, in her opinion, recounted the history of the Fifth Avenue building, saying it was built in the 1970s on property acquired by a not-for-profit corporation formed in New York by then Iranian leader Shah Mohammad Reza Pahlavi, who was overthrown in 1979. She said it was valued at $83 million in 1989, when a partnership called the 650 Fifth Avenue Co. was formed, with Assa contributing $44 million in a deal the government maintained was designed to avoid U.S. taxes.


Now that the US hates Iran, its suddenly illegal so we're just going to take your investment which was completely legal a few years prior...


Hey it's Judge Katherine Forrest! She ruled the part of NDAA 2012, indefinite detention of Americans, unconstitutional....until Obama's lawyers found them another federal judge to overrule her.

Naughty Iran, shame on you!

posted on Sep, 18 2013 @ 03:31 PM
link
I think I like this tower, it is a pretty building...Standing there so majestically...Done in an understated black...It reminds me of how us girls say to always have a little black dress at the ready...And it has my favorite name also attached to it...SHELL...BoooYa...bada bing bada bang... 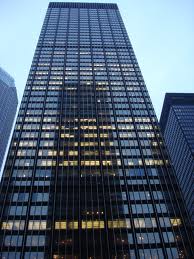