posted on Sep, 16 2013 @ 10:54 AM
link
Maybe this will get some people's attention around here who think that government 'regulations' protect the public's best interests.

I think this will hit home in a way that other examples have not. This is really not that far from the talking points evolving in front of our eyes right here in the free world.

Granted, this is China we are talking about, a communist state, so none of us should be surprised. But, the concepts, attitudes and justifications are reflected in the words of our own dear leader and in the attempts to define journalism by political leaders and bureaucratic institutions. 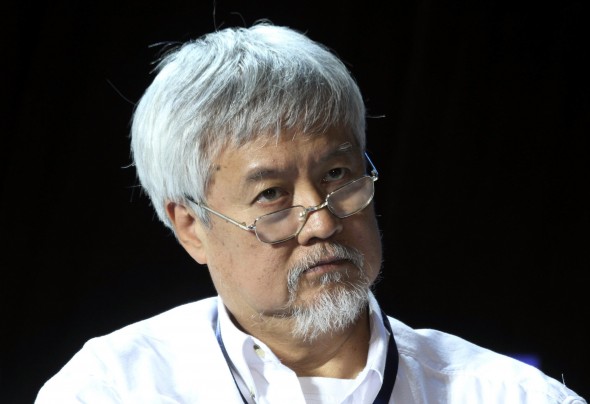 BEIJING — Chinese state television on Sunday broadcast a startling video of a famous blogger in handcuffs, renouncing his Web posts and saying how dangerous the Internet would be if left uncontrolled by the government.


“First of all, I didn’t double-check my facts,” Xue said. “Secondly, I didn’t raise constructive suggestions to solve the problem. Instead, I just simply spread these ideas emotionally.”


Xue praised the new laws Sunday. “It is very necessary to release these laws and regulations today,” he said in the video. “Without regulation, there’s no punishment for spreading the rumors.”


"With iPods and iPads and Xboxes and PlayStations, -- none of which I know how to work -- information becomes a distraction, a diversion, a form of entertainment, rather than a tool of empowerment, rather than the means of emancipation," Obama said.


"You've grown up hearing voices that incessantly warn of government as nothing more than some separate, sinister entity that's at the root of all our problems," Obama said. "You should reject these voices. Because what these suggest is that somehow our brave, creative, unique experiment in self-rule is just a sham with which we can't be trusted."


The language of these separate statements are hardly verbatim. I am sure the loyalists may very well dismiss either or both as necessary inhibitions on exposure to counter-constructive hypotheses and conspiracy theories.

I suppose the real question here is, do you believe that the ideas expressed by our president can be expected to remain unrealized ideas/observations and unmanifested in some regulation or emergency legislation?
edit on 16-9-2013 by greencmp because: (no reason given)