I don't get it so it's time 4 freaky weird music videos.

Thanks for the help gotya!


Hahaha...that was full of awesomness!

Gonna have to favorite that one.

Even if I didn't ask for it, it was gladly accepted

Cheers bud, now I know what to do. Awesome

ha ha wow! what did i just watch?


Hahaha...that was full of awesomness!

Gonna have to favorite that one.

Even if I didn't ask for it, it was gladly accepted

thanx for contributing to the thread.

ha ha wow! what did i just watch?


That, my friend, is Laibach. The premier weirdest Slovenian band ever that existed.

Check out their album "Volk", the theme is different countries anthems (sort of). 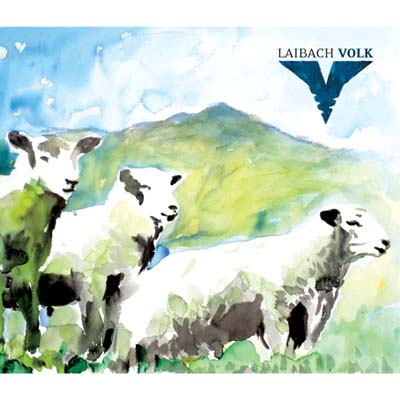 This is the France track.

thanx for contributing to the thread.


It's been fun. I love threads like this. Thanks again.

I love Soundgarden, one of my favs, along with these guys...


Rush faster on the one-way lane
the answers so silent

Rusty gods in their machine-minds armours
grind our souls in the millstone of time
the "deathbed harvest" is dead man's banquet
of mould ridden bread and black, poisoned wine

Calling out to the gathered masses;
their answers so silent

Offering the tokens, the reliced idols
to the heirs of the newly raped ground
inferior even to the transparent winds
lesser in motion and sound

Gaia impaled on their horns and lances
to fumes from her body give case
as the throng of blind mind savour the scent,
dream-dead from prosaic and hate

Probably one of the strangest music vids I've ever seen...enjoy!


i feel like i need to go to confession, I'm not even catholic. lol


We are allowed to be weird on here?

This is something that is weird. It will take you back to 1984.

For weirdness Tool is hard to beat. So is Primus

posted on Sep, 15 2013 @ 02:00 AM
link
This Song just used to crack me up. Me and a friend would just sing The "Dance all Days" bit but make it sound funnier lol we just found it funny god knows why, but it is a cringe worthy song.

It brings back some memories from many years ago.

Kinda funny. I have never seen the video before.

Isn't it strange how music video Never fit the theme of the music?


Primus....those boys are on some super duper strong meds.

WARNING This song is highly addictive
edit on 15-9-2013 by ArchaicDesigns because: (no reason given)

Ezappa
This is one of the weirdest music video's iv ever seen by "Aphex Twin" one of my favourite artist/producer.

Who the hell comes up with that stuff?