Washington (CNN) -- As President Barack Obama presses his case for a strike on Syria, a new national survey shows him swimming against a strong tide of public opinion that doesn't want the U.S. to get involved.
The CNN/ORC International poll released Monday shows that even though eight in 10 Americans believe that Bashar al-Assad's regime gassed its own people, a strong majority doesn't want Congress to pass a resolution authorizing a military strike against it.
More than seven in 10 say such a strike would not achieve significant goals for the U.S. and a similar amount say it's not in the national interest for the U.S. to get involved in Syria's bloody two-year-long civil war.

Reuters.com/politics also has a piece on it, but for some reason now when I went to retrieve it to post, I get a "400 Bad Request" Error, saying the string is too long. Here's a c/p from the politics page...can any of you access the article??


Politics News
ADD TO MY WIRE
Related Topics: U.S.LATEST UPDATES
Photo
Analysis: Obama growing isolated on Syria as support wanes
8:37am EDT
WASHINGTON - White House efforts to convince the U.S. Congress to back military action against Syria are not only failing, they seem to be stiffening the opposition. |

Originally posted by wildtimes
IT's WORKING!!!

I don't know about that ... but at least we are trying.
I called and wrote my Congressman. So did my husband.
I put up the information on my facebook page.
I've emailed people encouraging them to contact their congressmen.

I don't know if we can stop Obama. He's hell bent on helping his Muslim Brotherhood buddies.

I find it AMAZING that the vote by Congress to help Al Qaeda and the Muslim Brotherhood
is coming on September 11th. That's just beyond coincidence as far as I'm concerned.
There is something cosmic/karmic about it ....

And with Obama pushing it .. I have more comments that belong in another section of
the forum .. or perhaps that can't be posted here at all.

Here's another article related to the poll:
5 takeaways from CNN's Syria poll


1. Most Americans want Congress to vote no

The CNN/ORC International poll appears to be the first national survey to ask Americans about the congressional resolution to allow force against military Syria, and the results are quite clear: 59% of those questioned say they don't think Congress should pass a resolution that would authorize military action against Syria for either a 60- to 90-day period and bar U.S ground troops from getting involved, while about four in 10 say federal lawmakers should pass such a resolution.
And that majority goes across the board -- men, women, older and younger Americans and majorities from all regions of the country. There is, however, a partisan divide, with a majority of Democrats backing Obama and a majority of Republicans and independents saying that lawmakers should not pass the resolution.
Another way to gauge public sentiment: While most of those questioned said their vote would not be affected by how their members of Congress stand on the Syrian resolution, by a nearly 3-1 margin the remaining people said they'd be more likely to vote against their lawmakers if they supported the resolution.

2.The public says no to air strikes

3. Americans are convinced who's to blame (probably Assad)

4. But that doesn't appear to matter

Despite more than 80% of those surveyed saying it's likely or certain that the Syrian government was behind the attacks, nearly seven in 10 say that it's not in the U.S.'s national interest to get involved in Syria's civil war. That even includes a majority of Democrats, whose party controls the White House.

As for the end game, more than seven in 10 say that air strikes would not achieve any significant U.S. goals.

5. Hawk vs. dove or Democrat vs. Republican
edit on 9-9-2013 by wildtimes because: formatting

Don't do it, Americans say

No strike on Syria, most say
Eight in 10 Americans think Bashar al-Assad gassed his own people, but they don't want to do anything about it, a new CNN/ORC International poll says.

The article "bait" on CNN front page ^^. When you click it, it comes up with the title of the OP and the explanation.


Gotta love the way they worded it. "8 in 10 Americans think Bashar al-Assad used chemical weapons on his own people but they don't want to do anything about it."


An appeal to our "morality", probably.


We don't want to do anything because it's NONE OF OUR BUSINESS - and history has shown that interventions create MORE war.

I believe personally that it would unleash a rabid monster of a backlash by terrorists/Russia-China-Iran, etc.

Obama should heed the warnings of those leaders; this would open Pandora's box, for SURE!

Wasn't Boston bad enough? Is Obama REALLY not getting the message? Yeah, he's all hearts and rainbows and morality, but KILLING PEOPLE to show that KILLING PEOPLE IS WRONG is ASININE.

Ugh. He disgusts me.

Additional NOTE TO MEMBERS: This guy is ENGLISH, not American...


Yeah, the poll may be honest in it's numbers of opposition, but a truly honest poll would state that most of us feel that there is no good side or that we no longer trust our government to be the good guys or that we fear that action will help rebels take over, leaving the Syrian people in a worse situation than they already are.


ETA: Can I just smash my head and stop talking?

I value your posts too much. I'm needy like that.


Assad probably has used chemical weapons. I'd bet the rebels have as well.
But that doesn't change the fact that it's not our civil war. And if the world
wants something done... THEY can go do it. I'm tired of our people being
put in meat grinders for nothing. Let someone else send their children to
take care of Syria. Not us. ENOUGH.

posted on Sep, 9 2013 @ 11:22 AM
link
I am watching CNN and the latest poll numbers showed something that defines the very problem with the USA these days. 57% of Americans were "indifferent" to whether we bomb them or not.

10% were Pro-bomb and the remainder were anti-bomb. 9:16am California time.

it is the size of the "Don't care" group that tells me that as a Country we have truly become some of the most self centered people in the world.

Now I am out of here to go ride my Ducati that costs more than a house in Detroit. Why? Because I care so much more about others...... (< sarcasm) Even those of us that care are incredibly self centered.......

BTW I got pulled over last night doing 110mph in a 50mph zone and the officer did not give me a ticket or beat me up. Seems grey haired, rich white guys on Ducati's get treated a bit different than the general rabble. Shocker..
edit on 9-9-2013 by Mamatus because: Gwammer and speeeeling


I believe something remarkable and very encouraging is happening. It's a long time ago since the american public has been so clearly and vehemently opposed to military action. Even more remarkable is how it happens in stark contrast to the government's full out media blitz. They're trying to sell this war by any means necessary, but it's not working. Very encouraging.

Salute to you, Americans! 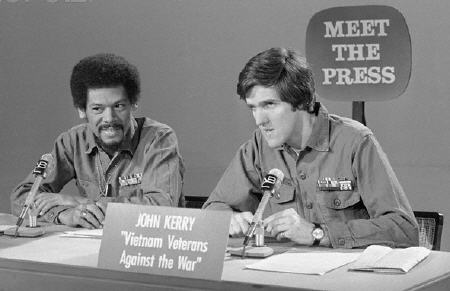 posted on Sep, 9 2013 @ 11:32 AM
link
I'm curious what a "no" vote by congress coupled with continued "no" from the public along with new offers from Russia, Syria, and Iran will do to Obama's ego (how he will respond). I am just trying to get a sense of how he will come out of this with his words and mood. As well as what no intervention would do to his future.

the very problem with the USA these days. 57% of Americans were "indifferent" to whether we bomb them or not.

10% were Pro-bomb and the remainder were anti-bomb. 9:16am California time.

it is the size of the "Don't care" group that tells me that as a Country we have truly become some of the most self centered people in the world.

Or just too exhausted and struggling....and tired of never-ending WAR, GREED, and unrest.

But you probably don't care about how normal, work-a-day Americans are doing, do you, Mr Rich Grey-Haired Ducati-owner. What ever possessed you to post that information?
That you are elitist with special treatment does NOT make you a good judge of the "self-centeredness" of the REST OF US. Jeezy Kreezy. You don't have ONE DAMN THING to worry about, do you?!

Hypocrisy at its finest and most elegant. :shk:

Syrians are fighting to NOT be part of the very world that elitists want - the so-called NWO. They are a secular nation, with their own identity. Have a look at THIS, if you make it home alive from your asinine reckless riding (which I couldn't care less about, btw).

posted on Sep, 9 2013 @ 11:56 AM
link
Well, it looks like the people have spoken, and very clearly at that. I must ask, what in the world is going on between Pres. Obama's ears? Has he lost his mind? A strike on Syria would be like throwing a firecracker into a gas shed, with potentially catastrophic results. There's a good reason it's called the Middle East "powder keg".

So far as I'm concerned, we've had two horrid presidents in a row, one from each party, both serving two terms, which has simply allowed them to do that much more damage. Those two are the main reason I'm now an independent.

Unfortunately, we're stuck with this knucklehead until 2016(My God!). What else can he do? Be afraid-be very afraid. Not content with his assault on our personal liberties here at home, he's now inviting disaster on an international scale.

Can I take a nap? Somebody wake me up when we get a good president. Seeing the current political landscape, I may have a beard down to my knees by the time that happens. And very long fingernails.

I'm curious what a "no" vote by congress coupled with continued "no" from the public along with new offers from Russia, Syria, and Iran will do to Obama's ego (how he will respond). I am just trying to get a sense of how he will come out of this with his words and mood. As well as what no intervention would do to his future.


It's obvious from the media's images of him that his ego is being squished like a cockroach (ew)...

I'd like to say his head would explode - but it won't.

If he goes ahead with ti after all the "no" votes are in, though - he should be tried for war crimes and lose his citizenship, his family, and his freedom.

The way things work, though, he'll be just as much in a position of "authority" - write some books, journalists will interview him - hell, even Clinton is now given attention (both of them)...
Carter, too.

Maybe he'd go back to Community Organizing; I don't know. But he needs to start packing his things.


Yeah I hope so, it does seem so.
I just get frustrated with the media portrayal of people.

posted on Sep, 9 2013 @ 12:08 PM
link
I love how the media is slowly changing the polls. I saw a poll saying now only 63 percent of Americans are against and 20+% percent approve. Before it was 91% against. I expected to see the propaganda polls. Changing the number like that many people are being convinced by these weak arguments.

therefore "not caring" would seem to be what you actually meant....

If I misunderstood (which I did, apparently), please declare your actual sentiments and the facts about your attitude.