posted on Sep, 9 2013 @ 09:21 AM
link
On Sept. 3rd, a UFO was sighted by spectators at a Vancouver baseball game. Witnesses report the object hovering, rising and falling, and then disappearing. Many photos were tweeted under #luckyUFO, and the following vid was filmed:

Here is a still taken from the vid: 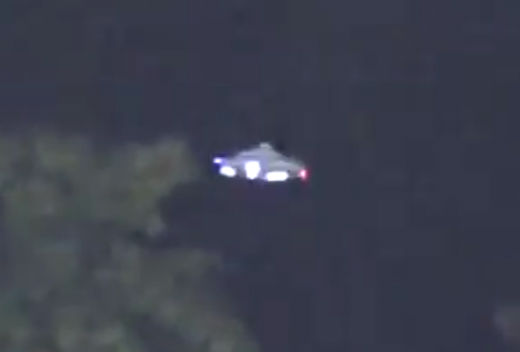 What do you think, guys?

posted on Sep, 9 2013 @ 09:30 AM
link
Although at first it looked interesting... The airport is less than 2 miles away. I suspect we are seeing the upward tilting of the underbelly of a plane ascending. That picture is not a good representation of what we see in the video. The blurring makes it look more like something it is not. Not to mention the strobe lights...


Sorry but ....
Two videos of the same Object in Canada, Vancouver

posted on Sep, 9 2013 @ 10:20 AM
link
I think it's just a plane taking off, especially if there is an airport two miles away as someone else stated. You can even see the protruding wings on both sides. It's just at an angle so that it looks like another object. Had the camera been able to zoom further, then it would have been even more clear. Besides, I think if we had visitors, I don't think they'd get that close to such a widespread crowd. Instead, they would stay cloaked from us as we would freak out as they're another intelligent species, probably far more intelligent than us if they can master that sort of space travel and we're still newbies at such a thing in comparison.


Doh! Did a search, didn't find the previous thread.

Don't Blame me for this one!

posted on Sep, 9 2013 @ 06:06 PM
link
Yep, mass sighting, noone was paying the LEAST attention to it, so I'm gonna say hoax and identified on this one
move to HOAX bin